Tech Unicorns: Which are Growing, Which Are Shrinking? 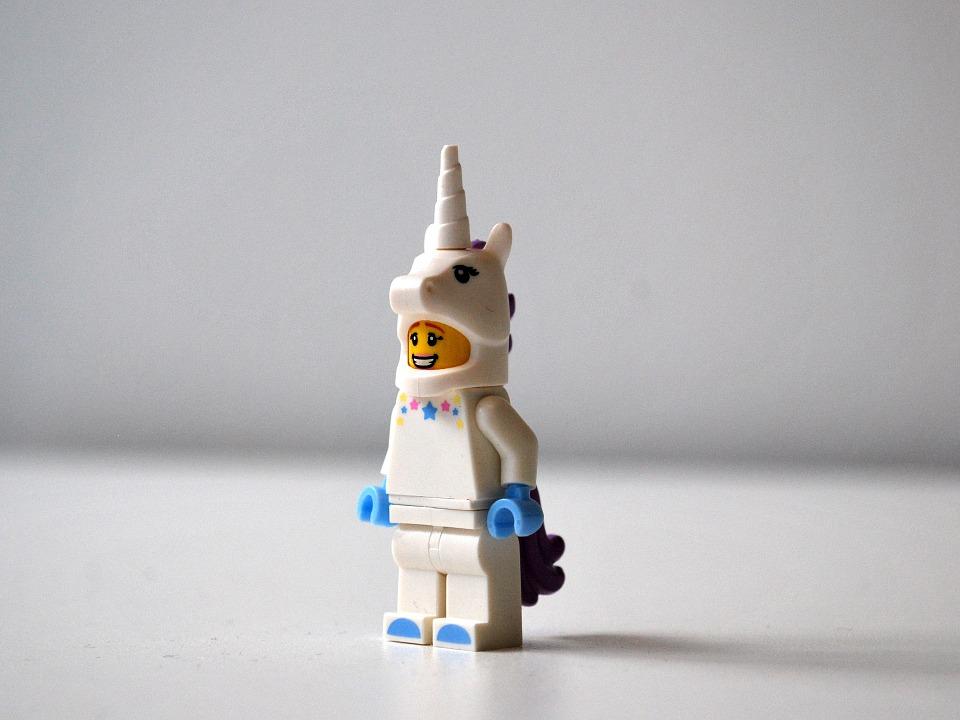 Opining on the prospects of private startups without access to financial information can be challenging.

Nevertheless, some interesting information can be gleaned by looking at public information, such has the number of employees working there. If a supposedly "hot" startup is actually shrinking its employee count, it could be a sign something is amiss. On the other hand, if a highly valued company is attracting new employees at a fast rate, that's probably what you should expect.

In this report, we analyzed which of the tech "unicorns" (private companies with a reported valuation above $1 billion) are exhibiting signs of growth/decline based on detected changes in headcount.

We pulled metrics on 157 unicorns from the Craft database to see which are growing headcount and which are shrinking. Craft is a data and analytics platform that tracks key metrics companies, including their estimated headcount.

In the table below, we took a close look at the top 20 growing ranked by estimated employee growth rate (monthly average for past six months). 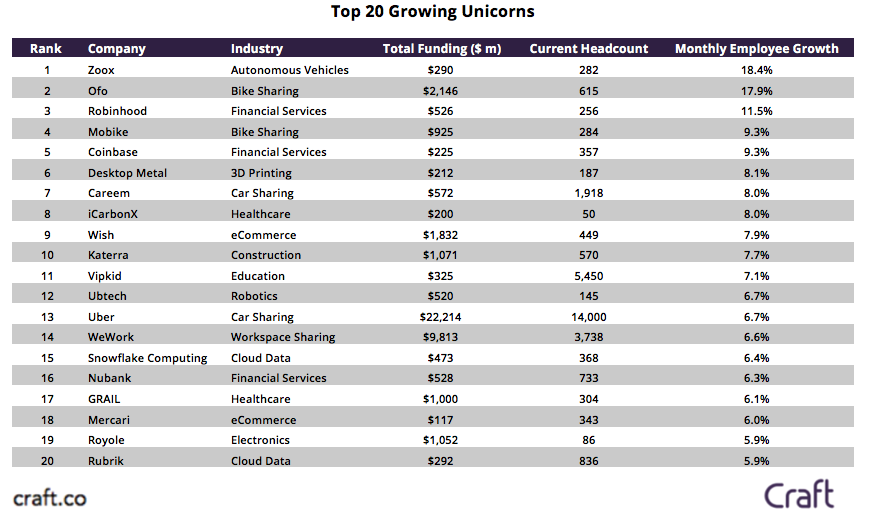 Out of the top 20 fastest growing unicorns, five are transportation sharing platforms (car and bike sharing), and one (WeWork) is in shared workspace. Other industries that top the list include trading platforms (Robinhood and Coinbase), eCommerce (Wish and Mercari), healthcare (iCarbonX and GRAIL), and cloud data analytics (Snowflake and Rubrik).

Next, we look at the top 20 shrinking unicorns: 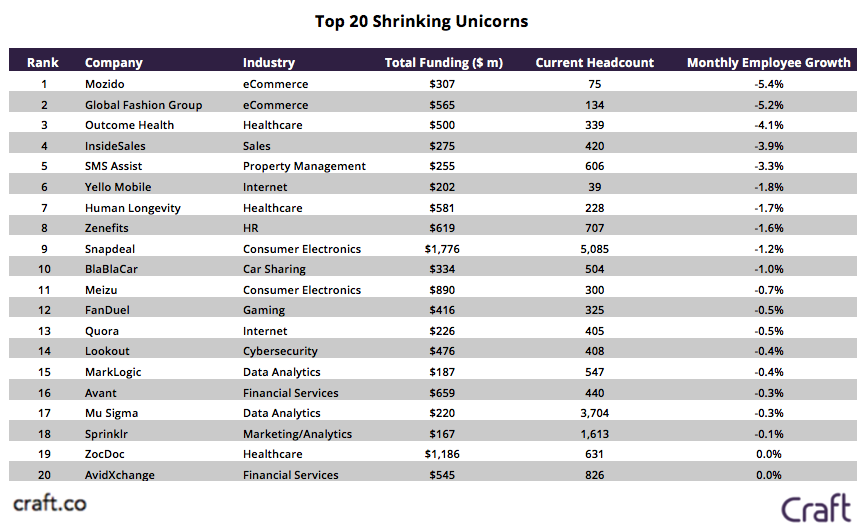 In the top 20 shrinking, eCommerce companies (Mozido and Global Fashion Group) topped the list with a wide distribution of other categories also represented.Finally, we looked at the total announced funding, current estimated headcount, and the average monthly headcount growth for all 157 unicorns, in the table below.

In the table above, we can see that out of the 157 unicorns, 139 are growing, while only 18 have negative growth. Further, the overall median growth rate is +2.4%. Looking at the overall distribution graphically below, we can again clearly see that the vast majority of unicorns are increasing in headcount. 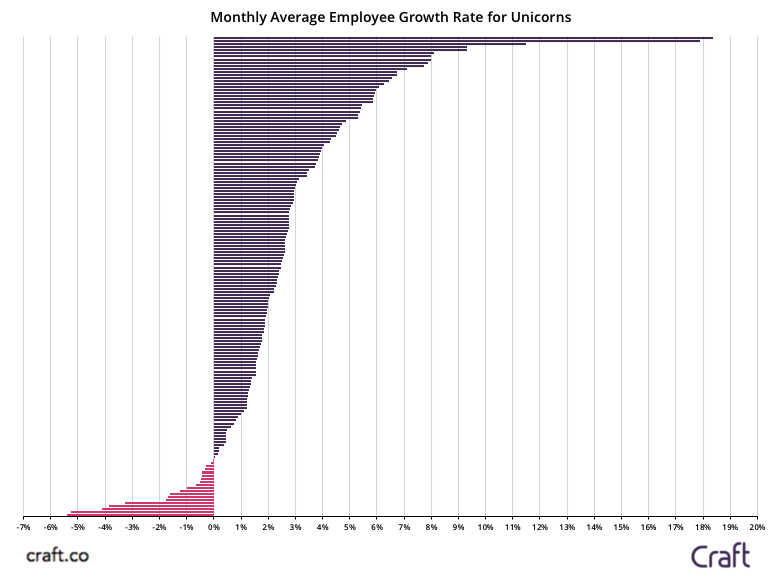 - Many more unicorns are growing rather than shrinking, with a median growth rate of +2.4%.
- The sharing economy continues to steam ahead, with six of the Top 20 Growing Unicorns list operating in this space