The Botox Index: When Do Botox Appointments Surge? 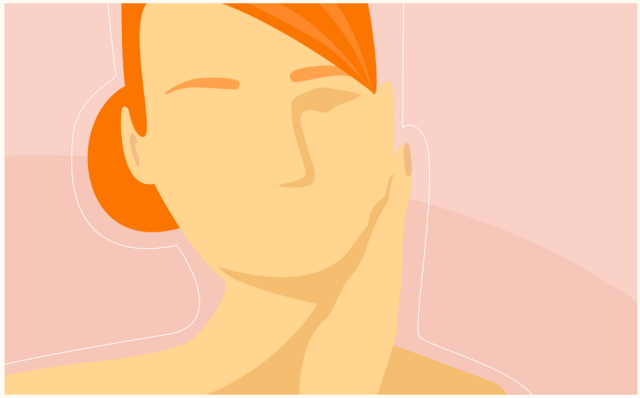 The holidays can be a stressful and busy time – coordinating schedules among friends, seeing the family, and preparing food to feed extra people can sap just about all of your time and energy.

As a result, healthy habits may fall by the wayside: Between Thanksgiving and New Year’s, research shows, we go hard on treats, light on exercise and heavy on erratic sleep patterns. Perhaps unsurprisingly, we don’t really make time for doctor’s appointments either.

Overall, we found that appointments were either steady or slowed around the holidays, with a notable exception—Botox.

When we looked at various specializations, we found that Botox appointments spiked around Thanksgiving and Christmas, with bookings rates 35-45% higher than normal.

People in their 40s and 50s are most likely to use Botox versus other services on the Zocdoc platform. San Jose and Seattle are the places in the United States with the highest rate of Botox treatments.

Once we found the Botox appointment spikes, we started by investigating when people book their Botox visits, and whether this booking behavior is similar to overall appointment bookings. 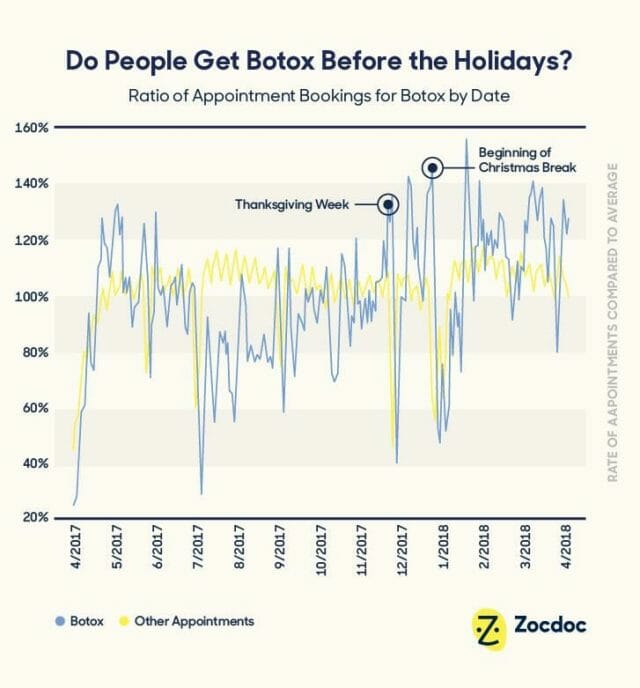 Now that we know that Botox is so popular around the holidays, we wanted to know who is booking all these appointments? We decided to look at who books Botox appointments by age group.

The chart below breaks down overall Botox appointment bookings by age ranges. In red, we see the average amount of all medical appointments booked by each group, while the blue represents the percentage of each age group that books Botox appointments. 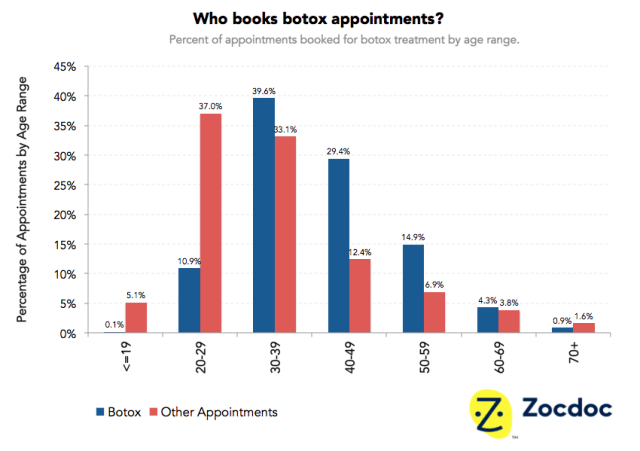 It turns out that people between the ages of 40-49 are over 2.4-times as likely to book a Botox appointment as would be expected given their prevalence in overall bookings. People 50-59 years old are the next most likely group to book appointments, with an appointment booking rate just over 2 times as likely as would be expected given their overall appointment bookings. The two tails of the age ranges, people 29 and younger, and those 60 and older, don’t book Botox appointments at particularly high rates. 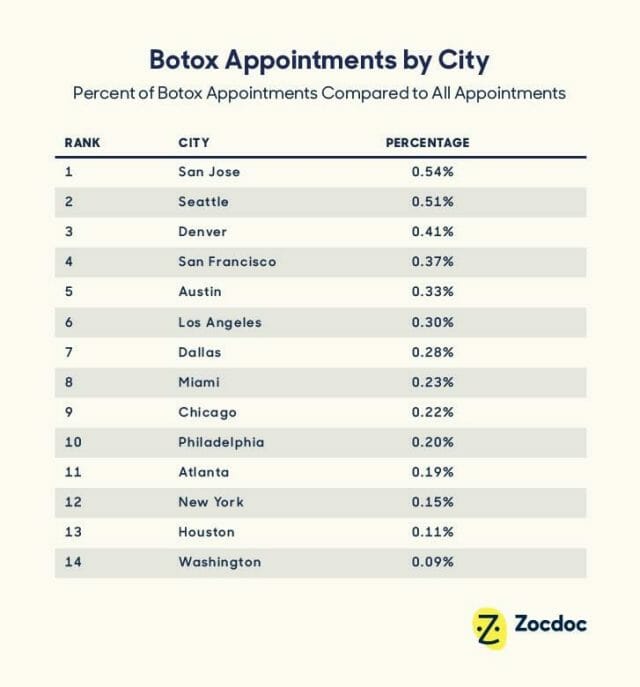 At the bottom we see that Washington, D.C., Houston, and New York have some of the lowest Botox appointment rates. Compared to overall booking rates, Washington books about one-sixth as many appointments for Botox as San Jose.

If you’re going to book a Botox appointment for the holidays, it might be helpful to avoid the holiday rush. Just for you, we compiled a list of the busiest days leading up to Christmas. If you need to book your appointment for one of the days below, be sure to book far in advance so you’re not left scrambling. 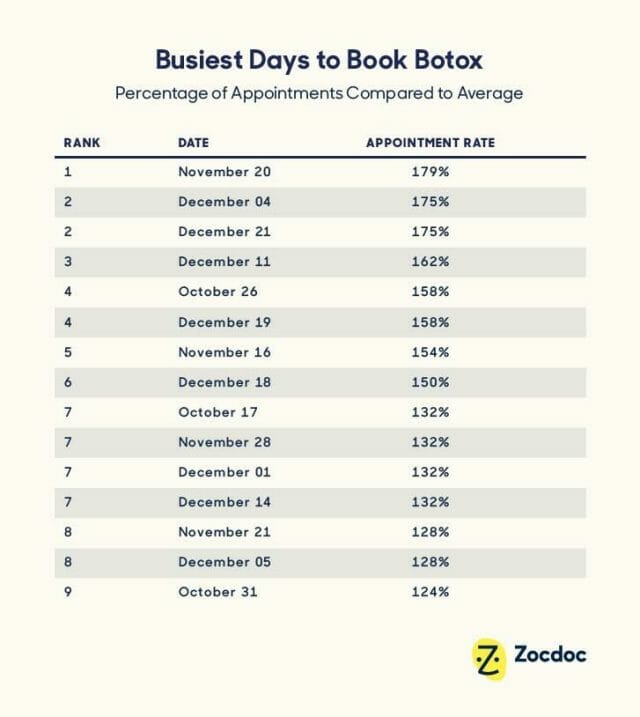 People between the ages of 40-49 and 50-59 were between 2-2.4 times as likely to book a Botox appointment as would be expected given their overall prevalence in medical appointment bookings.

Given all we found, we wanted to leave our readers with a list of days to avoid (or plan far in advance) the doctor’s office for your next Botox appointment. November 20th (179%), December 4th (175%) and 21st (175%) were the busiest days of the year to go in for Botox. Be sure to either book months in advance or choose another day if you need to squeeze in a session prior to your break.

Note: If you’re a company that wants to work with Priceonomics to turn your data into great stories, learn more about the Priceonomics Data Studio. Cover image by Kelsey Tyler for Zocdoc.