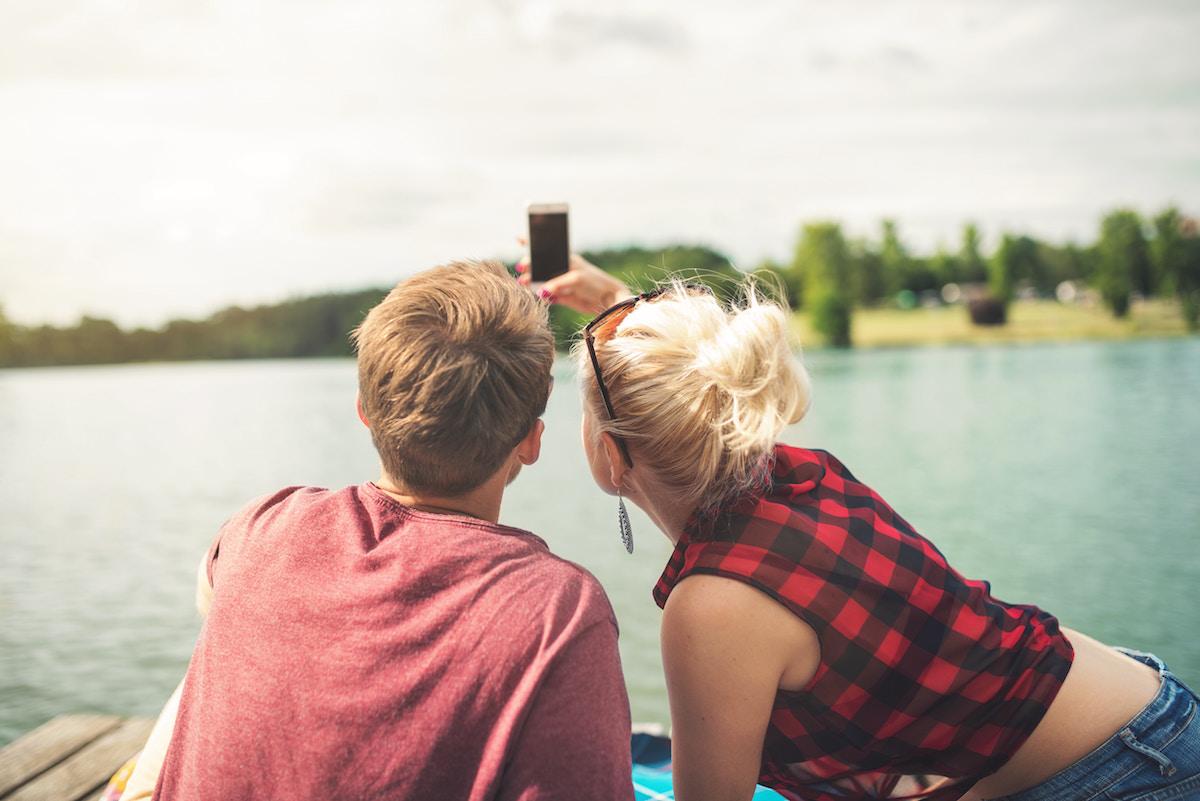 Twenty years ago, people mostly took photos that were carefully timed and staged. Today, with gigabytes of storage on our phones, we snap continuously and without worry. Since they cost nothing and we can always delete the bad ones later, we tend not to care how many photos we save on our phones, even if they’re bad or duplicates. But simple truth aside, at Avast, we couldn’t help but wonder: How many bad photos do we actually take – and what happens if we don’t delete them?

We had a few more questions, too: Which countries store the most low-quality pictures? And for those of us that don’t immediately delete the terrible shots ... how much space on our smartphones are we wasting? In this and a subsequent blog post, we’ll look at the photography habits of users around the world to answer all of the aforementioned questions – and then some. Let’s dive in.

Using aggregated, anonymized data from Priceonomics customer Avast from December 2018 to June 2019, we conducted a global study of nearly 3 billion photos from over 6 million users of the Avast Cleanup for Android photo-cleaner feature. Among other things, Avast Cleanup for Android analyzes how many photos you have stored and makes suggestions on how you can free up space by deleting low-quality photos and duplicate shots. We also analyzed the data to see variations along a series of attributes like gender and location.  You can click the infographic to enlarge it and view all the details.

Who saves the most photos?

While some of us snap photos very rarely (for example, people with work phones or zero affection for photography), others are far more trigger-happy. In fact, the average number of photos stored on phones is 952. People who live in South Korea, Malaysia, and Switzerland have the most saved photos, while people who live in Vietnam, Russia, and Ukraine have the fewest. People 25-44 store significantly more photos than those younger or older. Below are some key findings.

We were curious if the gender divide would be an even split. In fact, there was a clear winner: The chart below shows the average number of photos stored by male vs. female users, with women saving 24% more (the equivalent of about 200 photos) than men. 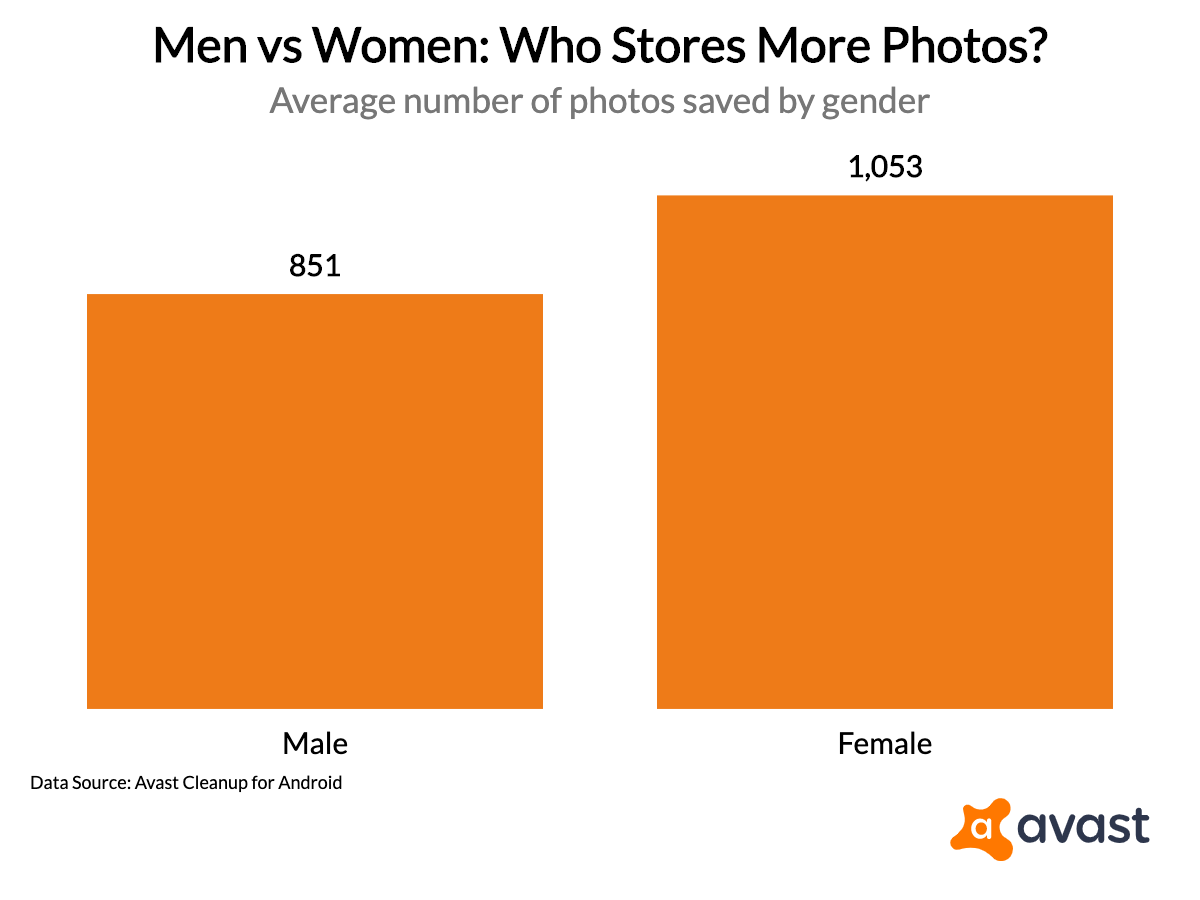 Next, let’s examine the average number of pictures stored by age group. 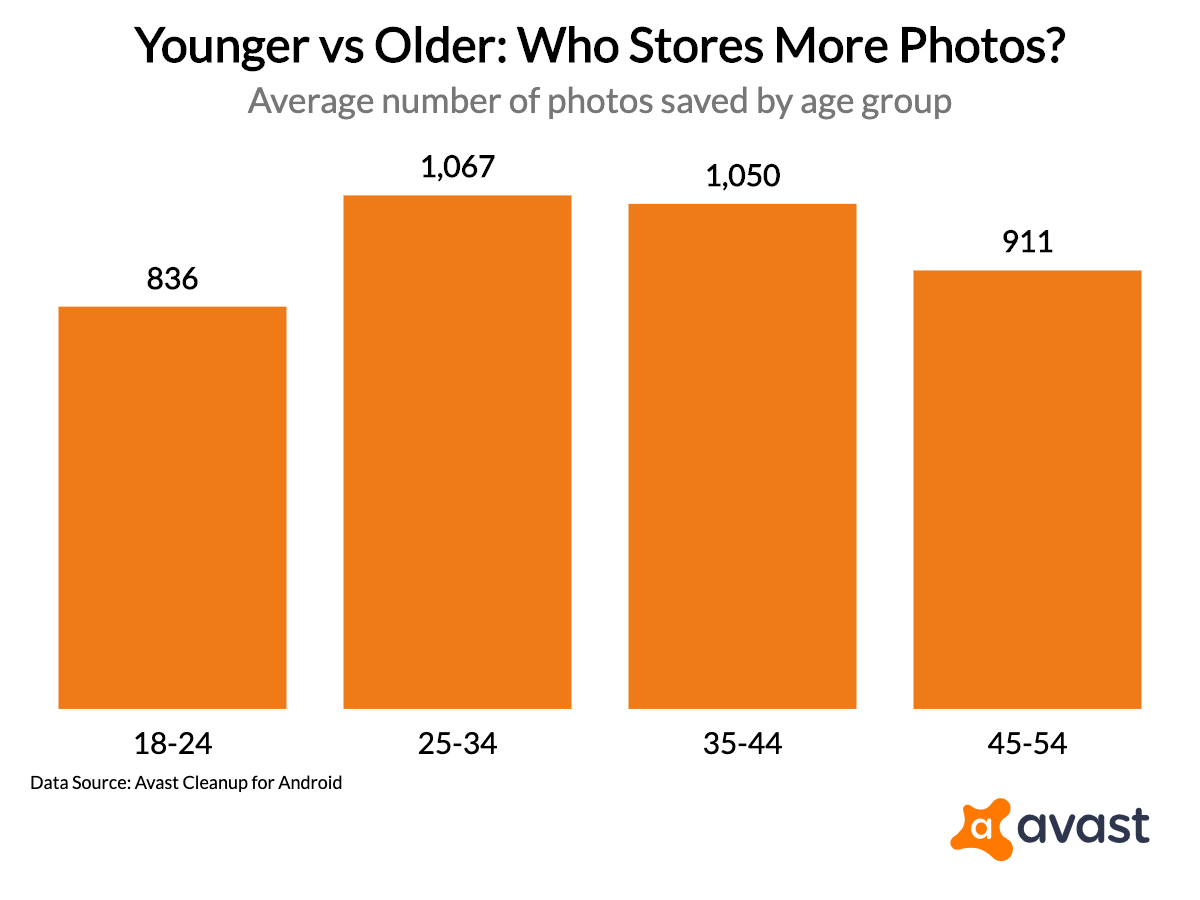 The youngest users in our study took the fewest photos. Photography peaked for users aged 25-44. What might drive this dynamic? One explanation could be that this age group is having children, which spurs a burst in photography and certainly photos they’d want to keep. Additionally, people in the 18-24 group are more likely to utilize “ephemeral messaging” apps like Snapchat where the photos are not saved by default.

Next, let's look at geography.

Who stores the most photos? 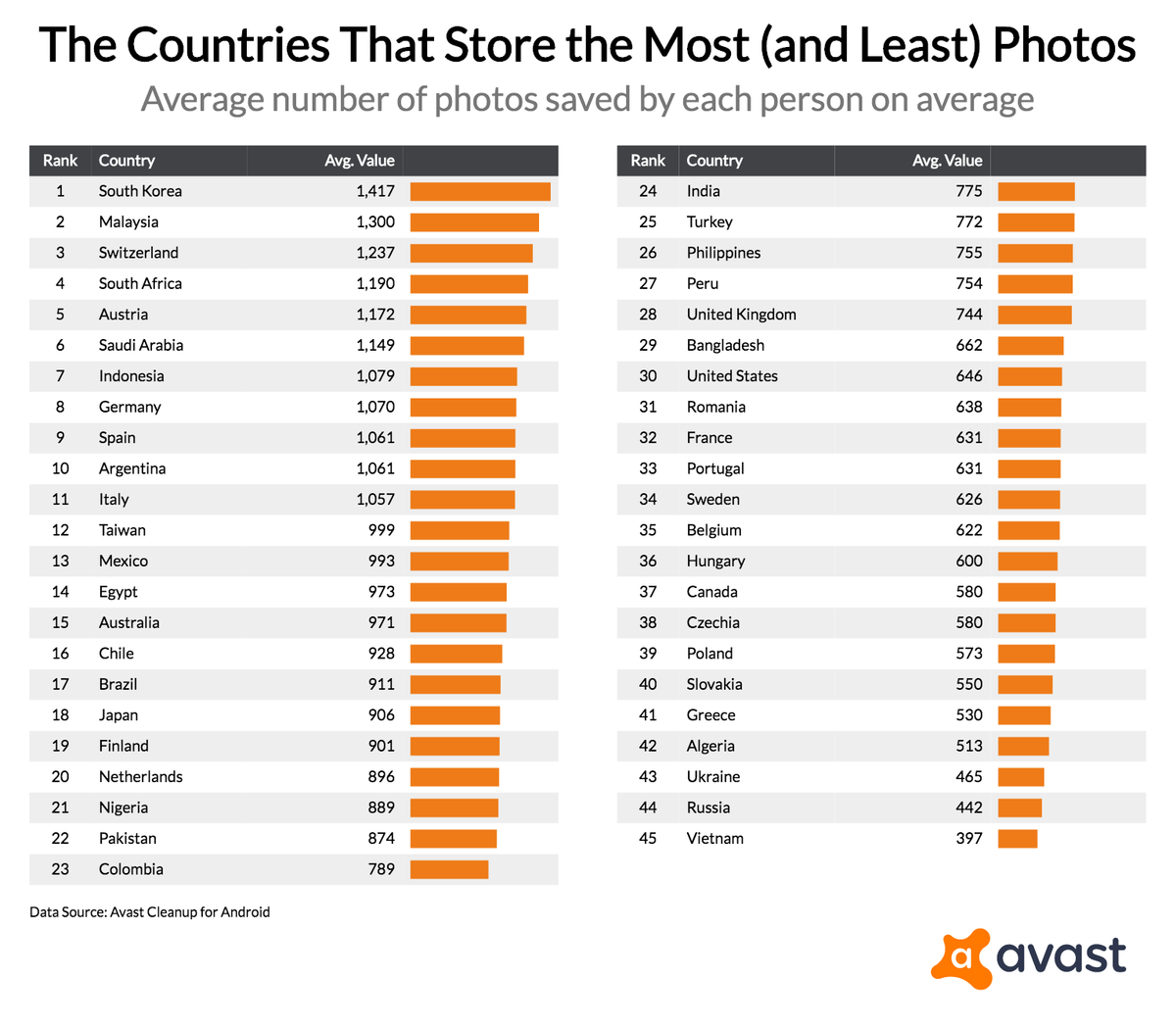 With the advent of smartphones, people around the world can take (and store) more photographs than would have been conceivable a few decades ago. Check out our next blog to learn how many poor, duplicate, and other useless photos Avast Cleanup for Android detected.