This weekend, we noticed a decent amount of traffic coming to our article The Street Kids of San Francisco from the domain ranprieur.com. We decided to investigate this mystery site and boy were we glad we did. We found a site full of fascinating essays by Ran Prieur, an advocate of early retirement, self-sufficiency, and a version of dropping off the grid. Hours were spent going through his most excellent essays.

Part of the ethos of Priceonomics is to allow you to do more with less. In the writings of Ran Prieur, we found a kindred spirit. Ran, though relatively young, is retired, living in a house he owns in Spokane, Washington. He also owns ten acres of rolling hills that he can escape to if civilization crumbles (or if he just wants some time outside). He’s been able to retire with only modest savings through extreme frugalness. He’s also a “softcore doomer” and an advocate of “dropping out” and dumpster diving.

So, if you’re the slightest bit interested in a minimalist lifestyle, dropping off the grid, or extreme frugality, here are some of his most interesting essays:

Start here to understand how Ran saved up enough money over the 1990s and 2000s to avoid daily work.  The core of his advice is avoiding expenses at all costs: House sitting, dumpster diving, getting rid of possessions like cars, and forgoing eating at restaurants all helped him save money.

He’s retired in Spokane now with a 2-bedroom house that he owns, a truck, a five-figure savings account, and investments that pay out about $9,0000 a year. His annual budget is about $10,000.

Much of Ran’s thinking about civilization and its decline has evolved over the years. His current thinking seems to be best captured below:

There will be economic troubles for decades as the system shifts to renewable resources, but I expect the tech system to keep getting stronger, and my fear is that the growing power of technology will be used to maximize comfort, stability, safety, and shallow fun, by sacrificing autonomy, meaning, responsibility, risk, and spontaneity. 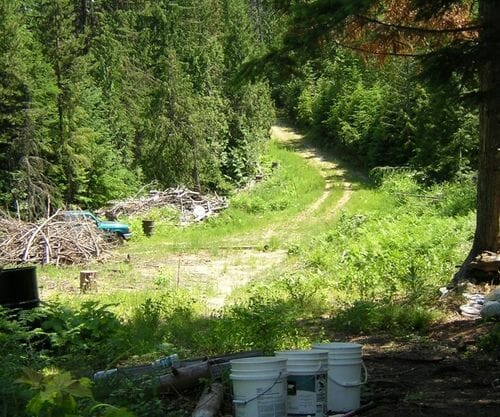 During this time period (2004), Ran appears to think that the collapse of civilization may be imminent. He sets out to buy land suitably rugged for riding out the apocalypse. Over the years, he seems to come to the conclusion that it’s not really feasible to live on a desolate piece of land. Nevertheless, he does neat things on the land like build cool huts. 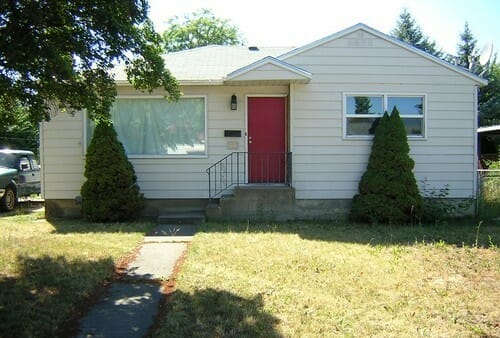 After inheriting a small amount of money, Ran focuses intently on buying a house at a great price. He concludes that buying in San Francisco, Portland, or Seattle would be too expensive and focuses on Spokane, Washington (which is also near the land he had purchased).

This post has great home buying and negotiating tips. It doesn’t sugar coat any of the process. In the end, he buys a house he is quite satisfied with for $72,000.

A few posts about how difficult it is to develop the ten acres of land. Building toilets, planting trees, getting tired. His site is filled with hundreds of essays and is somewhat difficult to navigate, but this is a good random post we found. 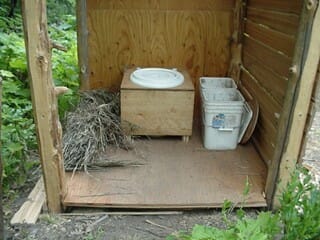 Ran’s most famous essay about how to drop out of civilization. He describes his lifestyle in 2004, when he lives on $2000 a year and has no permanent residence. He has since added a few addendums suggesting that he does not suggest dropping out and no longer lives this way. Nevertheless, it’s a thought provoking essay:

To drop out is to become who you are. Do not feel guilty about using strengths and advantages that others do not have. That guilt is a holdover from the world of selfish competition, where your “success” means the failure or deprivation of someone else. In the dropout universe, your freedom feeds the freedom of others — it’s as if we’ve all been tied up, and the most agile and loosely tied people get out first, and then help the rest.

Ran’s site provides hours and hours of reading, but consider this your primer to his alternative world view. Even if you think doomsday is far off, and that you prefer working 50 hours a week to dumpster diving, we recommend giving it a read.