The Insatiable Demand for Billy Joel 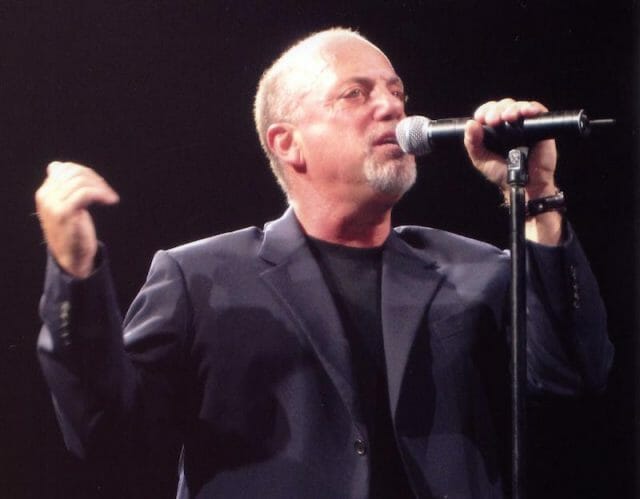 Editors note: The following is a guest post from Jesse Lawrence of TiqIQ, a company that monitors the secondary market for ticket sales.

When Billy Joel announced his open-ended residency at Madison Square Garden, it was an unprecedented arrangement that effectively made him the house band for the World’s Most Famous Arena.  With a capacity of 19,500, that kind of commitment has big financial implications.  Starting in January, Joel will be putting on one show a month for “as long as the audience demands.”  Joel has already set a record for the most consecutive sold-out shows at Madison Square Garden in 2006, with twelve.

Given that precedent, we decided to look at the prices and availability of Bill Joel tickets for this current residency to try and predict how long the run might last. If Joel keeps adding shows, at some point everyone that wants to see him will be sated and prices will fall, right?

When the residency was announced earlier this month, five shows were scheduled.  An additional four have been added since. Based on the secondary market for tickets, his sixth show on June 21 is the most expensive at an average price of $572, or 509% above the $112.50 average price for tickets directly from the box office.  While Ticketmaster.com does have some availability for the first eight shows, they are all single tickets. The only show with pairs available is the September 7 show, which means that Madison Square Garden isn’t having any trouble filling seats. 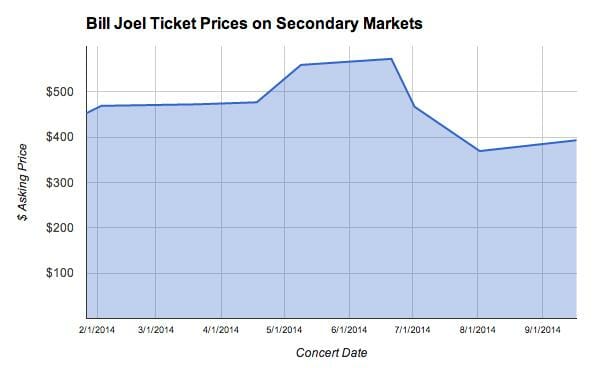 The average price trend on the secondary market, however, may give us some guidance for how long the run could last.  While the sixth show, in the peak of the summer concert season, is the most expensive, the eighth and ninth show have an average price decline of 39.8% and 29.7% respectively from that peak.  Despite that drop, the cheapest show is still 328% above the average face price, which means that demand is outstripping supply significantly.

So far, it seems that Billy Joel keep selling out The Garden indefinitely and commanding a premium on the secondary marketplace. So when will people get sick of Billy Joel? For the sake of illustration, say the pattern holds and the demand for the show drops 30% every nine shows. Joel could keep playing once a month for almost 40 months and his tickets would still sell for above face value.

One wrinkle in this analysis?  In the ticket world, with a very few exceptions, ticket prices drop as the event gets closer.  Tickets are a perishable asset, and if the broker is left holding one when the event starts, it’s worth nothing. As a result, brokers tend to keep prices high when the event is farther out and less people are actually buying and lower as the event gets closer. In the context of Billy Joel, the cost of tickets to the first four concerts have dropped by an average of 34% over the last week, while the next four shows have had an average price increase of 7% over the last week. This means that the curve in the above chart is flattening as the ticket price for each concert converges.

All this is to say that brokers will keep prices as high as they can for as long as they can. This should come as no surprise.