The Irony of Epic Fails 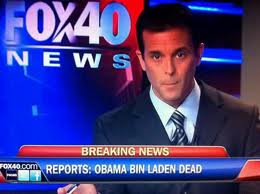 In sitcoms, a character told not to mention an uncomfortable fact will undoubtedly divulge it in conversation. Sometimes it feels as inevitable in real life. Is there something about trying not to say or do something that makes it more likely? According to Harvard professor David Wegner, the answer is yes.

In a paper entitled “How to Think, Say, or Do Precisely the Worst Thing for Any Occasion,” Dr. Wegner notes that whenever we have been primed not to do or say something – reveal that someone has cheated on a partner, mull over a missed opportunity, spill an overfilled glass of wine – we need to monitor ourselves to make sure that we don’t. Of course, the process of monitoring ensures that the forbidden thought or action stays in our mind. Imagining just how we could trip and spill the wine or inadvertently mention the betrayal make us more likely to do so.

Psychologists have duly documented the prevalence of these “ironic mistakes.” Research subjects told not to think about a white bear, for example, reported thinking about one about once every minute. Other subjects playing a word association game, with instructions not to say a certain word, consistently blurted out the forbidden word.

The first is stress, in the sense of being under pressure or juggling multiple mental tasks. In the example below, research participants distracted by counting backward in multiples of three found themselves doing exactly what they were told not to do. In the case of the word association game, facing the pressure of a strict time limit made people very likely to say the word they were instructed to avoid. The second condition, fortuitously for sitcoms, is when trying to act socially acceptable. This gets at areas like stereotypes and sex that are rife for comedy. People told not to think about sex, for example, register higher levels of arousal than subjects blocking thoughts about a less charged topic. Thus the frequency of jokes about men accidentally but inevitably using sexual words when talking with an attractive woman.

Trying not to say or do the worst possible thing at the exact wrong moment makes it more likely to happen. Our brains have a bias toward sitcom-worthy epic fails. Or, rather, sitcoms are accurately parodying real life.