The Libertarian Case For Bitcoin 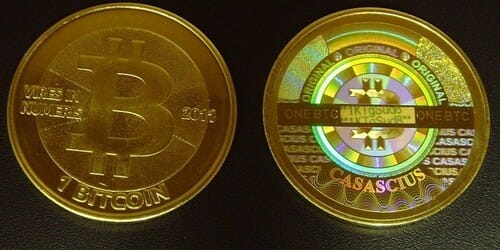 The price of Bitcoin, the digital currency beloved of libertarians, cypherpunks, and bankers, crashed over the past few days after a stretch of media attention. (That includes by us – see a full explanation of Bitcoin in our write-up here.)

This has led to renewed debate about Bitcoin’s ability to function as a currency and accusations that its increased use and visibility is nothing but a speculative bubble. But libertarians’ love of Bitcoin points to a different question – whether the world needs a currency like Bitcoin.

Digital currency is coming. Banks fully expect money to become digital (pdf), with some betting that virtual currencies like Bitcoin will become mainstream.

This is cheery news for folks fighting drug trafficking, terrorism, corruption and organized crime. Cash has been recognized as crucial to funding illegal activity. Five hundred Euro banknotes are known as “the bin Laden” for its role in financing terrorism. It’s nearly impossible to trace bribes and stolen public funds when they disappear in briefcases of hundred dollar bills. 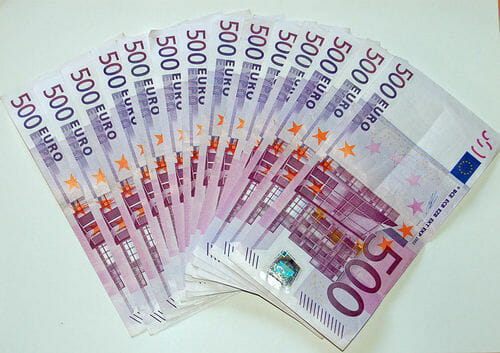 For this reason, people in these fields have advocated for an end to paper currency. A world in which every financial transaction is logged by banks and payment processing companies is one in which funding terrorism or demanding bribes becomes much harder.

It also means that you have to trust that you will never need to do anything with your money that you don’t want the government to know about. Just as the government will be able to demand that payment processors and banks freeze funds to terrorist groups or investigate crime bosses, it will also be further empowered to keep you from donating to Wikileaks (as happened in 2010) and investigate whether you’ve purchased anything correlated with revolutionary activity (if you live in a repressive country).

One of the reasons that Bitcoin is so beloved of libertarians is that it operates outside of the control of banks, governments, and any third party. Past attempts at digital currency relied on private companies to verify exchanges of the currency (so that you could not simply copy and paste yourself extra millions of the currency). This left the currency wide open to government intrusion. If the government suspected any foul play, agents simply showed up at the company’s office with a warrant and demanded to see transaction histories.

In short, if a cashless society is coming, then a currency that operates like Bitcoin will be the only way to ensure that the government cannot fully moderate the use of individuals’ money. While the rule of law and democratic checks and balances should keep the government from interfering unless there is just cause, the stakes are higher in a cashless world.

Certain aspects of Bitcoin, such as its fixed money supply, can be debated for its merits as a currency. But if you fear government censorship and control, or believe that no government of man can be fully trusted to not abuse its power, then the question is not whether Bitcoin is a bubble. The question is how soon can you get it.