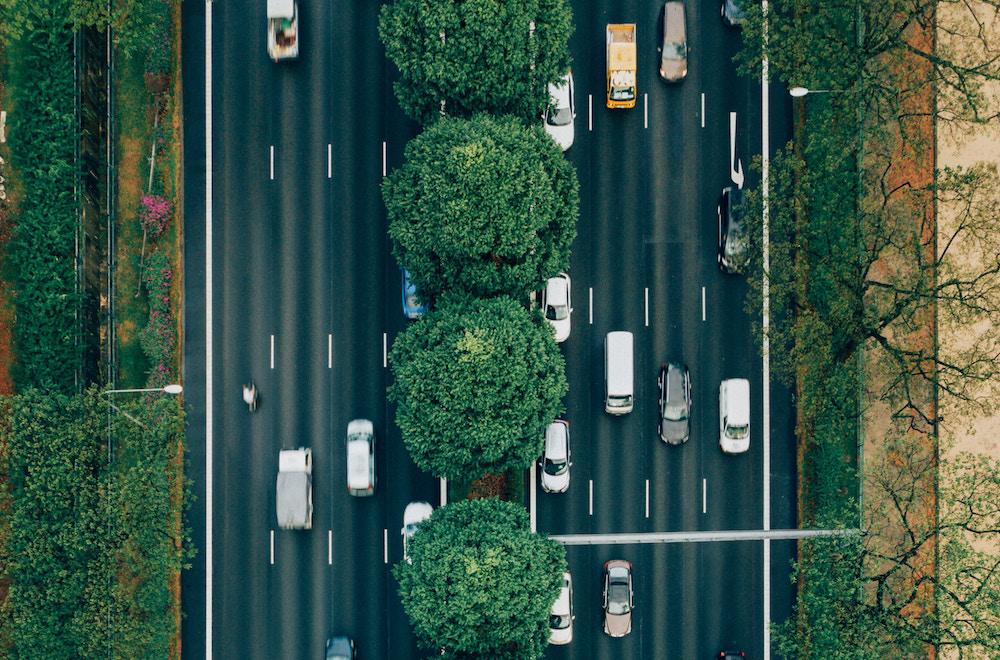 If you count yourself among the relative few who owned and drove a hybrid in 2001, you were definitely an early adopter. This was the year that we sold our first used hybrid at CarMax. (It was a silver Honda Insight, bought by a customer in Maryland.) Back then, your choices were a Honda Insight or a Toyota Prius and, if you really had hunted around, a General Motors EV-1 or a Toyota RAV4 EV.

Fast forward to today. Drivers have purchased nearly 130,000 used hybrids and electric vehicles (EVs) at CarMax. We’ve helped millions of car-buying customers over the years — and today, we’re helping more and more drivers to get behind the wheel of a used hybrid, plug-in hybrid, or EV.

Last year, Toyota announced that they would add ten new electric vehicles to their lineup by 2020. Based on sales of hybrids and EVs from January 1, 2018 through December 31, 2018, the best-selling vehicle was the Toyota Prius, followed by the Ford Fusion, Chevrolet Volt, Kia Optima and the Lexus CT 200H. 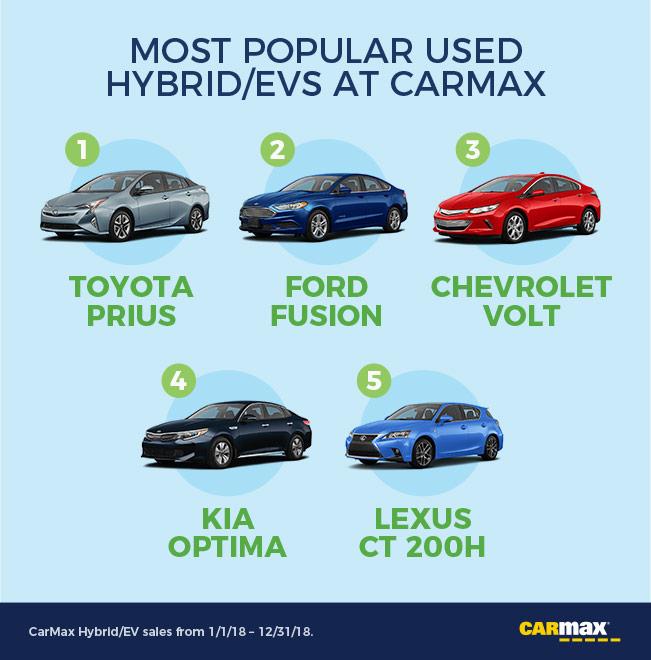 So where do people drive hybrids/EVs the most in America? If you live in California, it’s no shocker that West Coasters love their EVs and hybrids. Californians are on track to buy more used hybrids this year at CarMax than anyone else, anywhere else. Based on our sales data, one in every three hybrids and EVs we sold in 2018 went to a CarMax customer in California. Way to go, Californians! Other top-selling states were Oregon, Washington and Arizona.

Here are CarMax’s top 10 states for sales of these eco-friendly vehicles in 20181: 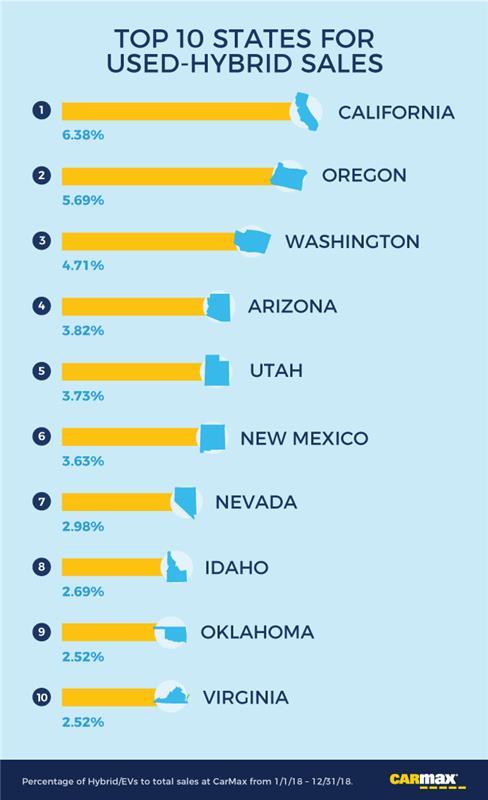 States with the lowest sales of hybrids and EVs were Louisiana (1.57%), Mississippi (1.54%) and Delaware (1.44%). Today, there are over four million hybrids and EVs on the road in the US! Clearly, electric vehicle and hybrid growth has taken off, and these vehicles, are here to stay. Some of the reasons for this growth include:

According to the US Department of Energy, driving a hybrid version of a gas-burning vehicle can significantly boost your miles per gallon. A 2016 Ford Fusion (2.5L gas engine, automatic transmission) delivers an average of 26 combined city/highway mpg; the 2016 Fusion Hybrid delivers an impressive 41 mpg (combined)! We found that CarMax customers who purchased a hybrid/EV in 2018 have saved an estimated three million gallons of fuel last year.2 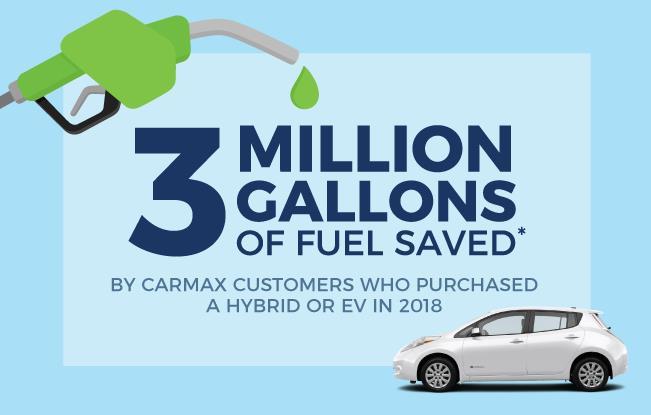 The best hybrid cars and plug-in hybrid cars, including the best hybrid cars of 2018, are already rolling on our streets and highways. There are even more models on automakers’ drawing boards. There’s never been a better time to own and drive a hybrid or EV, and we’re looking forward to selling more of these vehicles in the years to come.