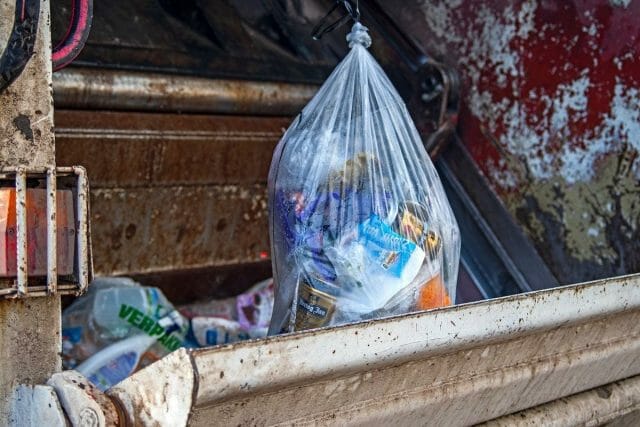 When the pandemic first hit, one may have been tempted to conclude that the silver lining of everyone quarantining at home was a reduced environmental impact. With flights grounded and people having nowhere to drive, carbon dioxide emissions plummeted and places like Los Angeles unprecedentedly had clean air.

However, there was an environmental dark side to pandemic — we stayed at home and created an enormous amount of plastic waste. Online package delivery, food delivery, single use plastic bags, and masks, gloves and other forms of personal protective equipment (PPE). Not only did we create more plastic trash during the pandemic, but we may have created long lasting habits that will litter our lands and oceans with plastic.

At ReuseThisBag.com, we help reduce single-use plastic consumption by selling reusable bags of all types and styles. Instead of getting “paper or plastic” you can help reduce plastic trash by reusing your own bag. In this analysis, we reviewed the data on just how much our trash production or energy consumption went up (or down).

While the data is somewhat limited, we found best estimates that trash production per household increased around 30% in the United States during the pandemic. Preliminarily data from other countries confirms a similar increase in trash. Furthermore in the United States there was an 89% increase in high plastic waste activities like food delivery and online package delivery. Similar increases were seen across the board.

At first glance, one may be tempted to conclude that the pandemic was accompanied by a global conservation of resources. As the world shut down, electricity usage across the world was curbed considerably as factories shut down and people just stayed home.

The following chart shows reduction of electricity usage on April 14th, 2020 (the heart of the global quarantine) compared to the prior year. 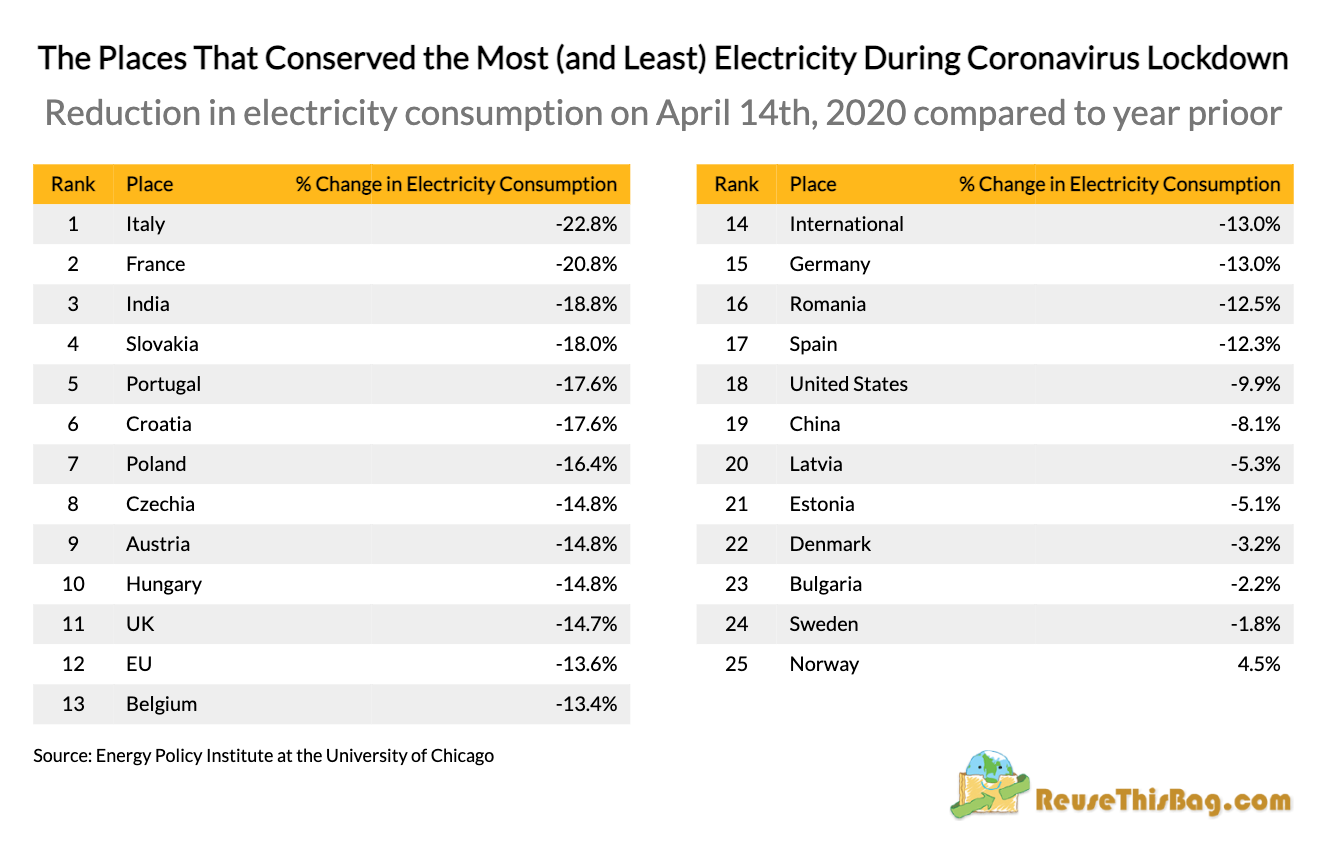 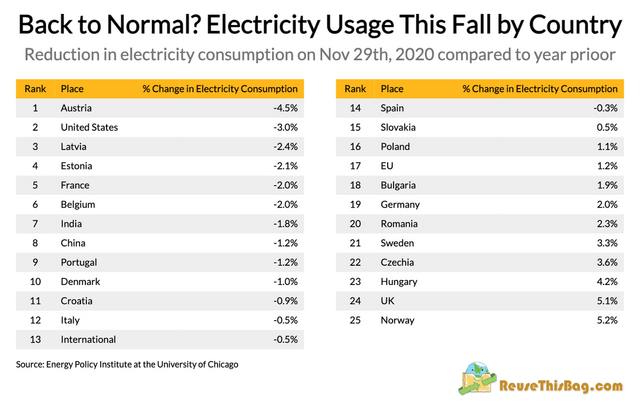 The United States stands out as being one of the few countries where electricity usage was significantly lower than pre-pandemic times as the country was hit with a surge of Coronavirus cases around Thanksgiving. For many countries such as the UK, Sweden, and Germany it was business as usual with higher electricity usage than the prior pre-pandemic year.

Before diving into the data on the plastic usage, it’s worth pointing out another bright spot in environmental conservation during the pandemic: travel. For both automobile miles driven and airplane flights, we’ve seen an substantial decrease in volume:

As people have stayed home and avoided flying and driving, one of the most under-reported and hidden environmental calamities has been the increase in trash created by households, particularly single use plastics that litter the earth.

The pandemic has been a perfect storm that has increased plastic waste. Five major factors have taken place that are devastating our environment:

While the environmental carnage of the increased plastic household has yet to be quantified on a global basis, virtually every datapoint we found is that households are producing 30% or more waste during the pandemic.  Below is a summary of key statistics on the pandemic plastic surge assembled from data sources around the world.

In the United States, Republic Services (a large waste management company) noted they were picking up 25-30% more trash during the pandemic. In Chicago, the local waste management company estimated that people created 50% more trash! A number of Asian countries estimated that they are producing at least 30% more plastic in 2020. At the same time, 80% of the recycling industries were not even operational in places like the Philippines, Vietnam and India, as plastic usage spiked. Lastly, an estimated 129 billion masks and 65 billion gloves are used per month, many of them ending up in the ocean.

Finally, which countries are experiencing the largest spike in activities that generate a lot of plastic? The following chart shows data from one study quantifying the increase in volume of two very high plastic usage activities (food takeout, and delivery/ecommerce). 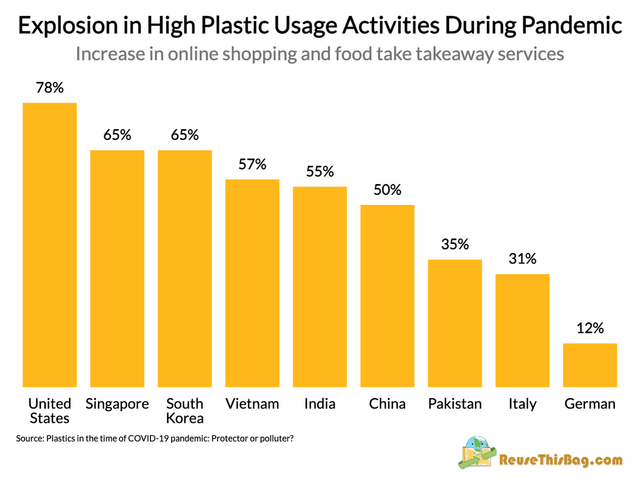 Online shopping and food take away is estimated to have increased 78% during the pandemic. All the plastic packaging of online orders, combined with the single use plastic bags, utensils and containers of food delivery are making a significant impact in creating plastic around the world.

As we stayed at home, for a moment it seemed as if our pause from the economy was also a respite for our environment to heal. In some ways that happened since we drove less and flew (much) less and consumed less electricity as well. But at the same time, we stayed at home and ordered packages online, had food delivered to our homes, and ramped up our usage of single plastic use items like bags, masks, and gloves. The question is after this pandemic, will these sort of habits of using plastic continue?