The Places in America with the Most Cases of Human Trafficking 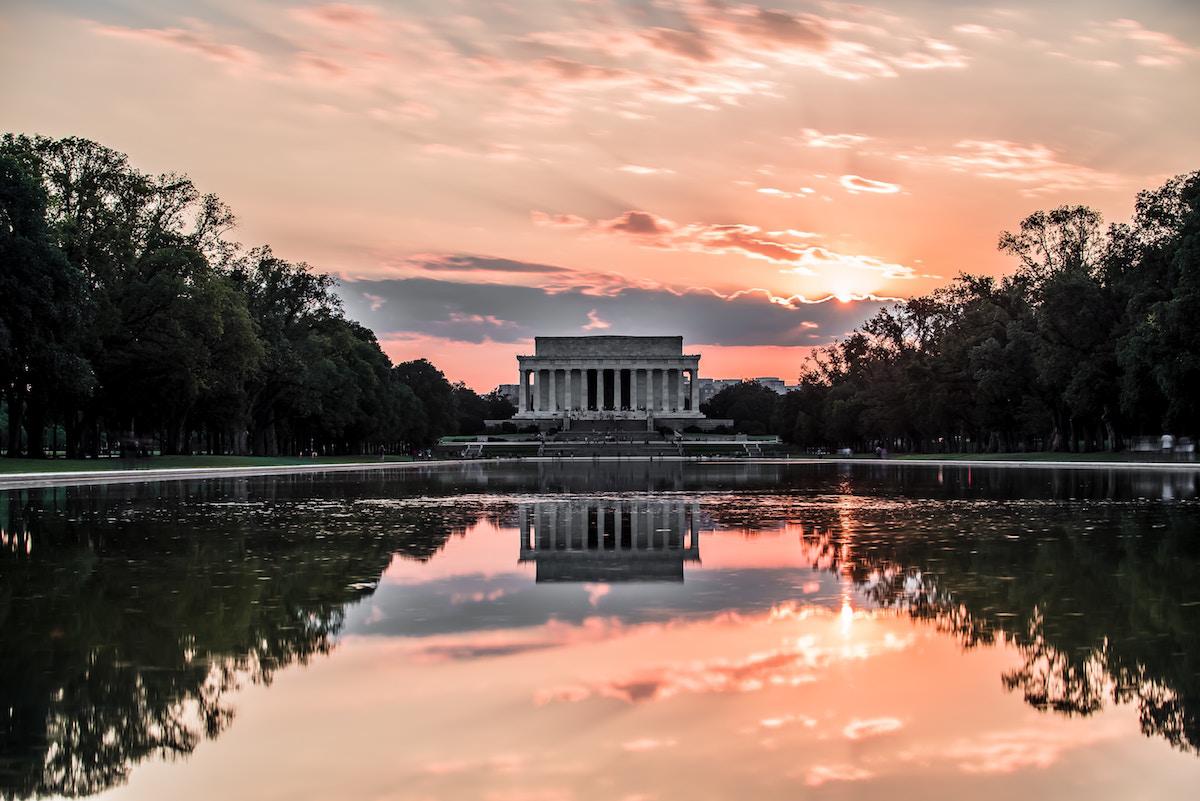 This post is adapted from the blog of Geoffrey Nathan Law Offices.com, a Priceonomics Data Studio customer. Does your company have interesting data? Become a Priceonomics customer.

Human trafficking is the crime of transporting a person from one country to another, usually for the purposes of sexual exploitation, and it’s much more common that one may know. Underlying much of the prostitution industry and illegal massage parlors is the horrible fact that many of the women supposedly working there are being held against their will.

Spotting when someone is being trafficked against their will is challenging, but increasingly airlines, hotels, and other industries are training their employees to spot when it’s happening and to alert authorities. Increasingly, flight attendants and hotel receptionists are helping to spot and rescue these victims.

Just how common is human trafficking in the United States and where is it taking place? Along with Priceonomics customer, Geoffrey Nathan Law Offices.com we analyzed data from The National Human Trafficking Hotline organization on the number of reports it receives each year and their location. While it’s important to recognize that only a small fraction of actual human trafficking cases get detected and reported, the data set provides a glimpse into the prevalence of the crime.

Since 2007, the National Human Trafficking Hotline receives approximately 200,000 calls, texts, emails, and webform submissions. These “signals” have been distilled into around 45,000 distinct cases of human trafficking. Each case may refer to one or more victims of human trafficking and it’s not necessarily an indication of a police investigation.

The chart below shows the registered cases per year over the last seven years: 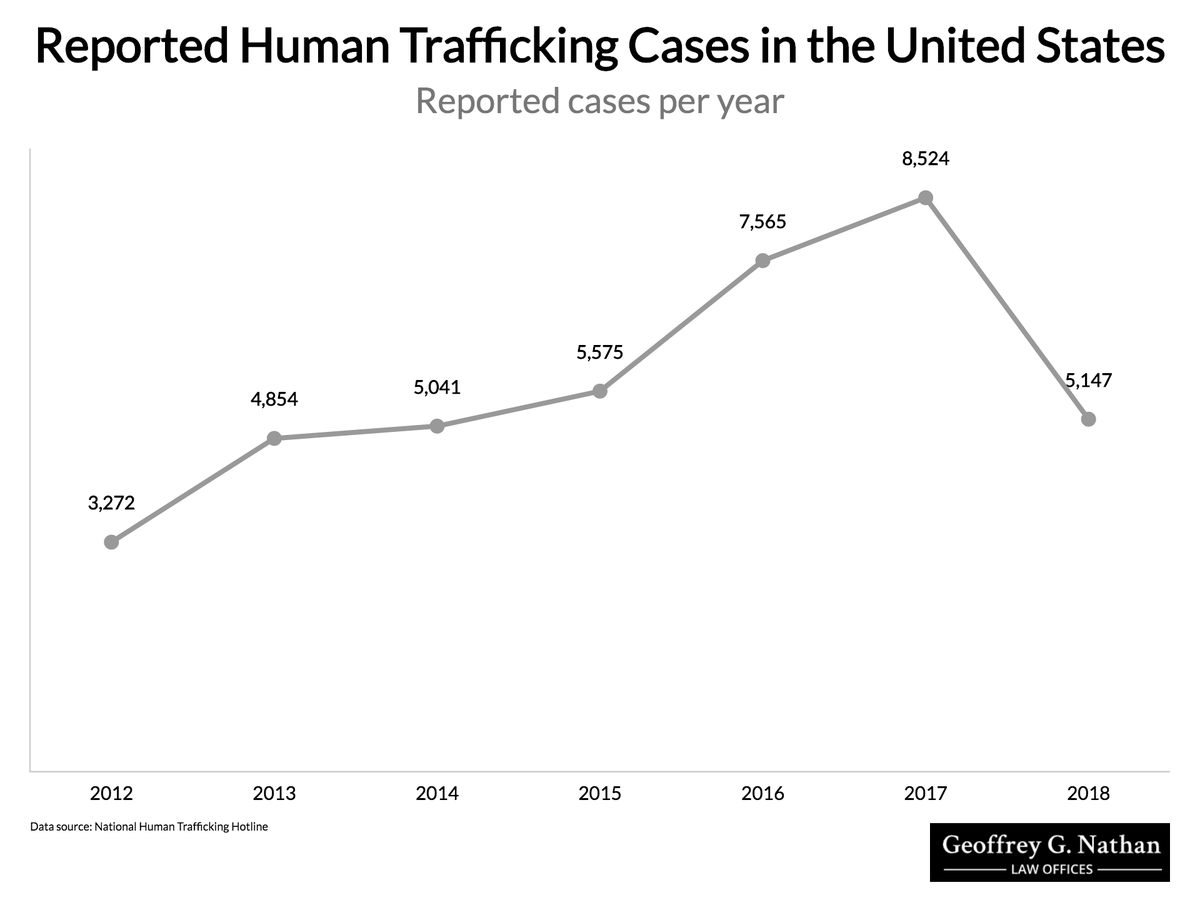 Likely, the number of cases stated above dramatically understates the magnitude of human trafficking in the United States. The Hotline states that the covert nature of the operations and lack of awareness of the issue means these statistics under represent the scale of the issue. What's more, some experts argue that the opioid crisis has caused an increase in human trafficking, as those suffering from drug addiction are particular susceptible to being trafficked.

Where are human trafficking reports most prevalent in the United States. Next, we breakdown the number of cases per state in 2018 per 100,000 people who live in the state:

On a per capita basis, Washington DC and Nevada have the most reports of human trafficking in the nation. In each of those states, trafficking reports are more than five times more likely than in States like Wisconsin and Utah and Wisconsin. 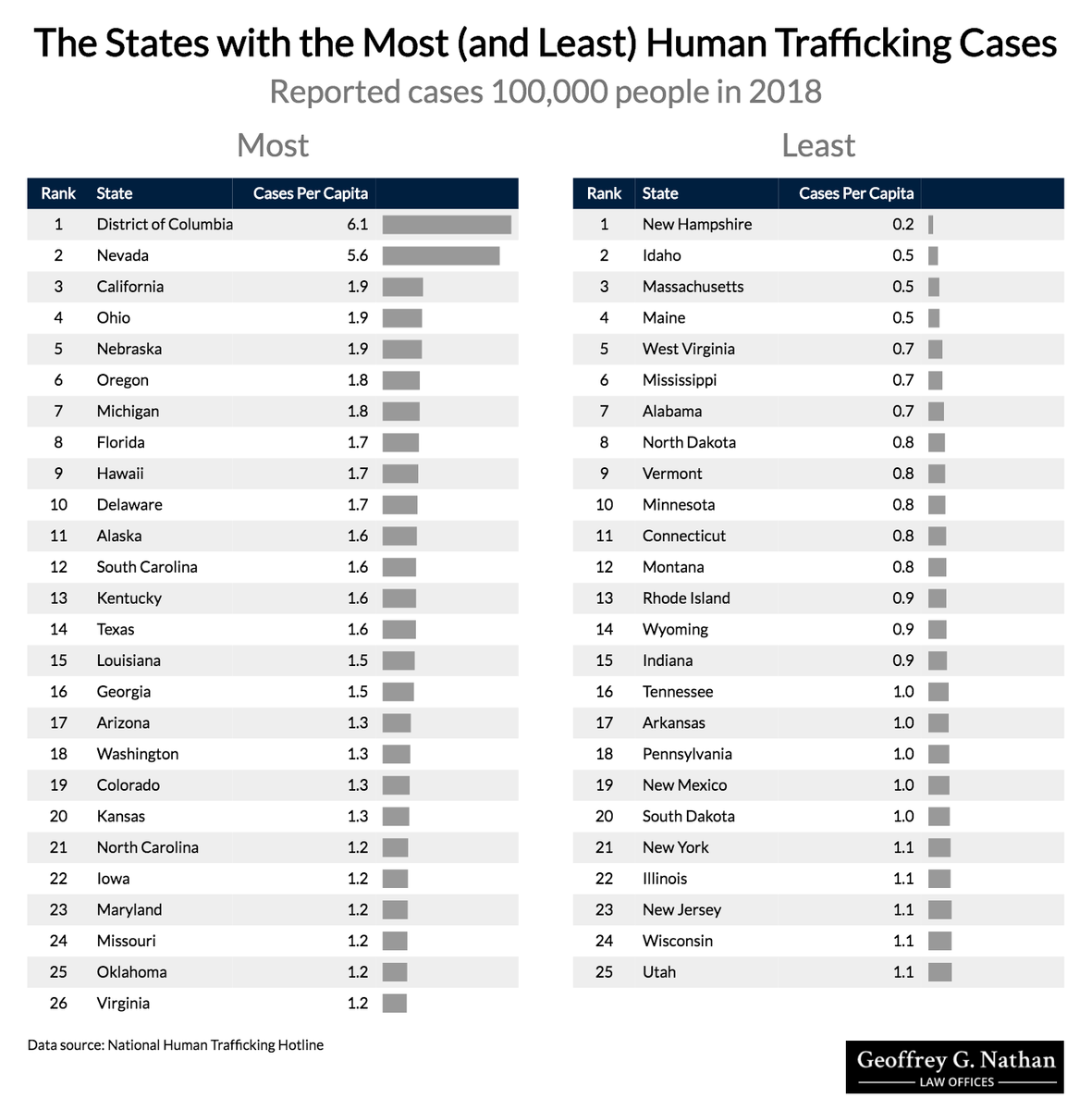 What drives the prevalence of human trafficking in places like Washington DC and Nevada? The prostitution industry.  While some prostitutes may work entirely on their own accord, a very significant number of them are working against their will.  Even in Nevada, where prostitution is legal in certain parts of the state with a license, there are widespread reports of women working at brothels against their will or with falsified identification.

Beyond sex trafficking, the second major category of human trafficking is coerced labor. As a result, heavy agricultural states also make an appearance in the top ten states where trafficking reports are highest.

Lastly, let’s look at the cities with the most reports of human trafficking. The chart below shows the total number of cases from 2007 to 2016 per capita among the 100 largest cities in America.

The top five cities in America for human trafficking reports are Washington DC, Atlanta, Orlando, Miami, and Las Vegas. In addition to the prostitution issue mentioned previously, each of these locations are major tourist destinations and have international airports. 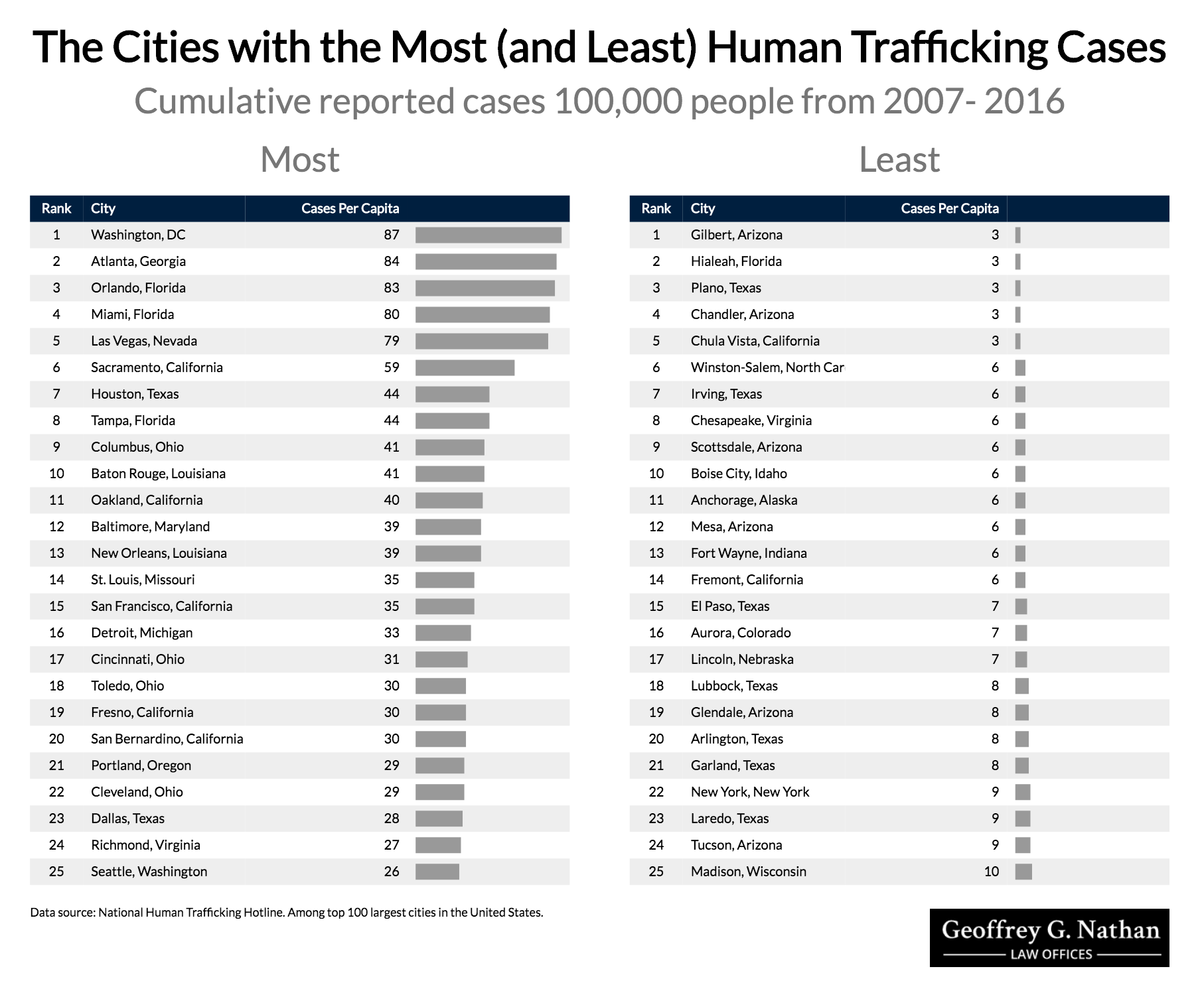 While in the past, people might joke that prostitution is the “world’s oldest profession” people that study the industry often refer to it as the “world’s oldest oppression” because so many of the prostitutes involved are there against their will.  As a result, some of the US cities with the highest rates of prostitution like Washington DC and Las Vegas also have the highest prevalence of human trafficking reports. Even in rural areas human trafficking is a serious issue as laborers are forced into illegal work conditions.