The Places with the Best (and Worst) Nursing Homes in America 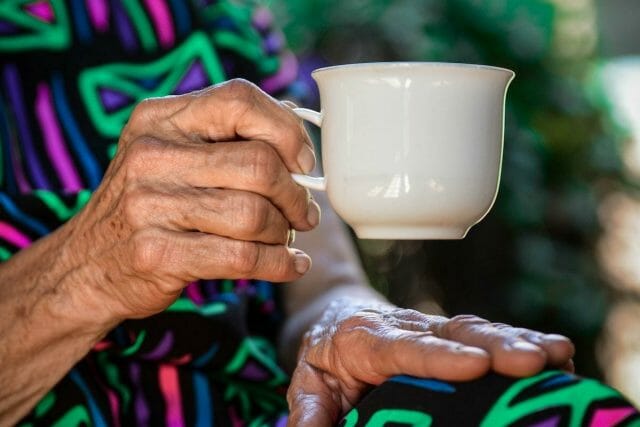 Last year in 2020 cast a harsh spotlight on nursing homes in America. As the coronavirus spread like wildfire within nursing homes across the nation, tens of thousands of their patients passed away from the disease. In one particularly shocking case in New Jersey, 17 dead bodies were found piled up in a nursing home.

The failure of many nursing homes to protect their inhabitants should cause our nation to pause and consider the quality of care in these institutions. Nursing homes are places for elderly Americans to live if they require skilled healthcare services and can no longer live independently. In the United States, Medicaid (a government healthcare program for lower income Americans) pays for nursing home care for 62% of patients.

With this backdrop in mind, DNPProgramStudies.com decided to analyze which places in America had the best and worst-rated nursing homes, as measured by their online reviews. Do some places in the country have homes with a reputation for great care while others have alarming reviews left about their conduct and facilities?

Before diving into the results, let’s review the methodology and data used for the analysis. We analzyed online reviews on over 10,000 nursing homes across the country to see how they were rated. While most of the online reviews of nursing homes are written by the family members of inhabitants, they provide an important window into how these homes operate. For our analysis we only included nursing homes with at least 10 reviews. For our analysis of cities, we only looked at cities that had 250 or more reviews in aggregate.

To begin, let’s look at the states with the best and worst-rated nursing homes. The following analysis shows all fifty states (plus the District of Columbia) ranked from the highest to lowest average score of nursing homes: 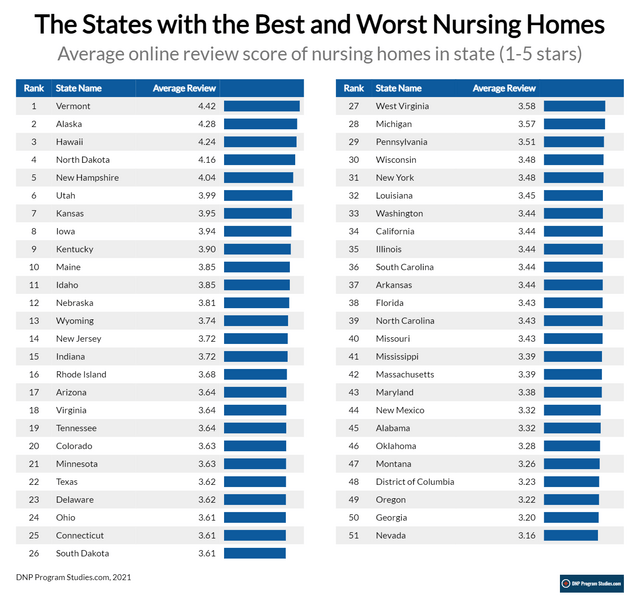 Nevada has the worst-rated nursing homes in the country, scoring in 3.16 star rating on average. The state also has some of the lowest-rated hospitals in the country and perennially ranks poorly on healthcare system rankings.

Next, let’s look at the cities with the best rated nursing homes on average. Among cities where we found at least 250 reviews, below are the top 50 cities with the highest scores: 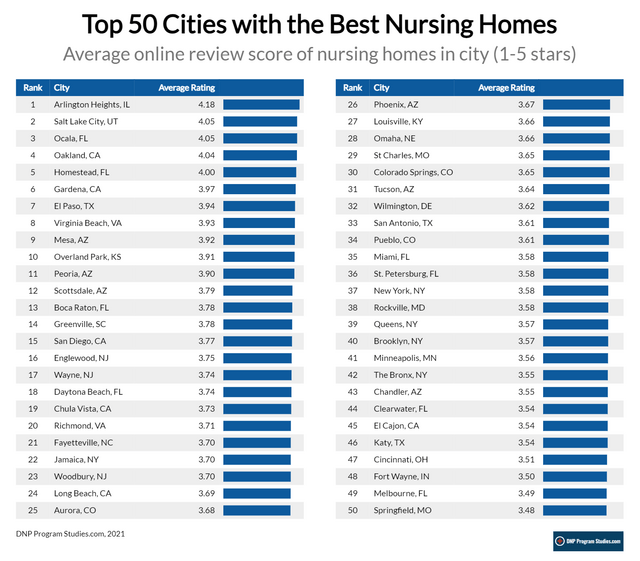 Arlington Heights, IL ranks as the top city in America with the best-rated nursing homes. This suburb of Chicago rates a 4.18 on average, beating out Salt Lake City, UT and Ocala, FL. Oakland, CA and Homestead, FL come in as the only other cities garnering an average score above four.

Finally, let’s look at the cities with the worst-rated nursing homes. Below are the 50 cities in our sample with the lowest average scores: 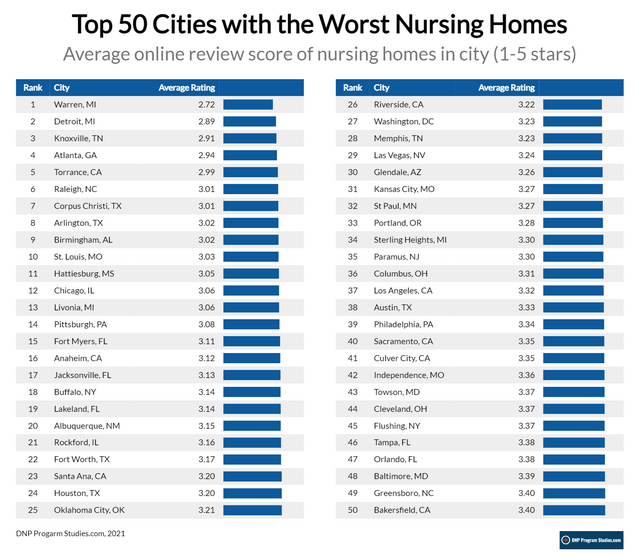 Warren, MI, a suburb of Detroit and the third largest city in the state, is the state with the worst-rated nursing homes in the country. Nursing home workers in both Warren and Detroit are currently planning a walk-out over low wages and poor working conditions. In Michigan, one third of all coronavirus deaths took place in nursing homes and some homes (including one in Warren) still lack COVID-19 testing facilities.

In this analysis, we’ve seen there is huge variation in the quality of nursing homes across America. The first step toward fixing something is measuring what is wrong and then acting upon that data.