The Price of Health Care is Too Damn High

The above quote comes from Ezra Klein at The Washington Post. Most Americans don’t need someone to tell them that healthcare is expensive – they know it. But nothing quite captures it like a visual. These graphs, released annually by the International Federation of Health Plans, compare the cost of various medical procedures between countries. They reinforce just how high prices are in America: 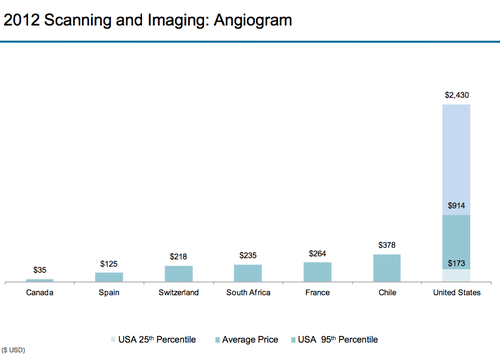 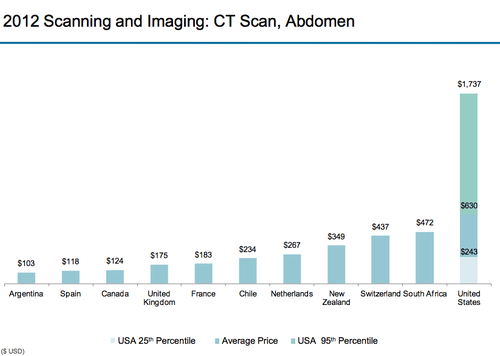 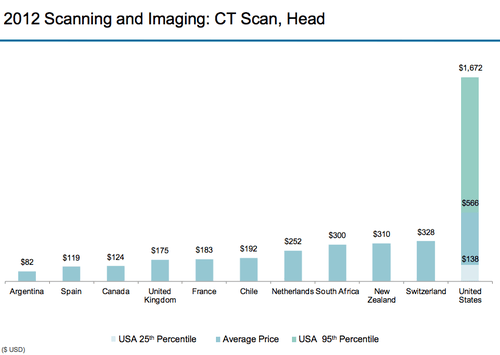 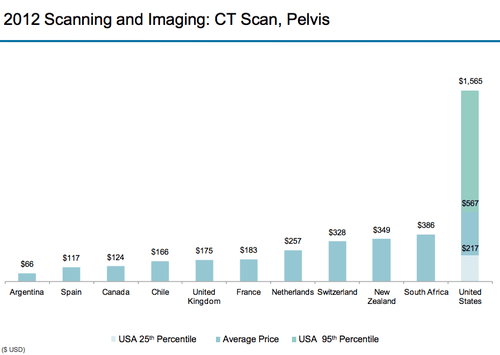 America’s prices are the only ones shown as a range because it is the only country whose system allows prices to differ so dramatically. 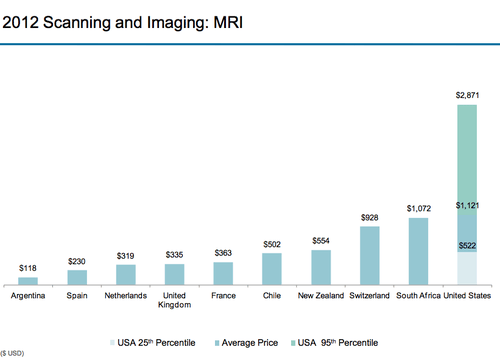 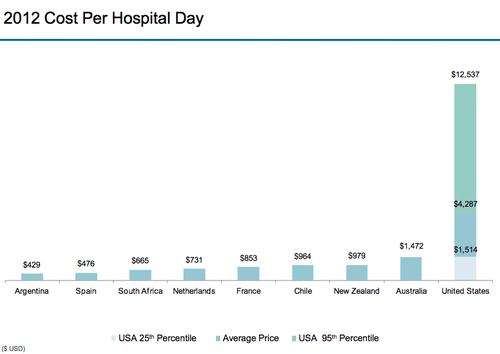 Other countries have centralized pricing systems, often with the state negotiating for lower prices. In the United States, a hodgepodge of different insurance companies and government programs negotiate prices, leading to huge price disparities. 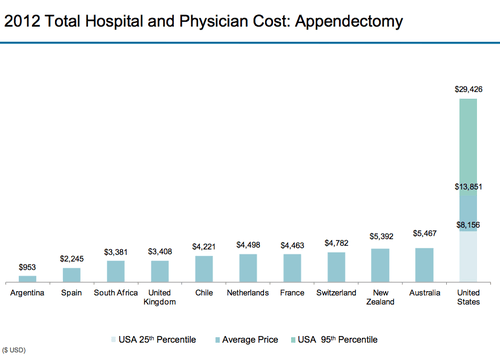 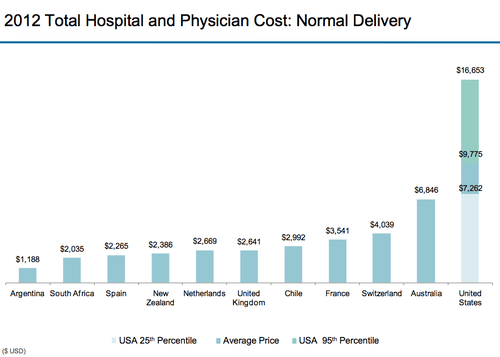 The average price in America is not always the highest, but is consistently the priciest or close to it. 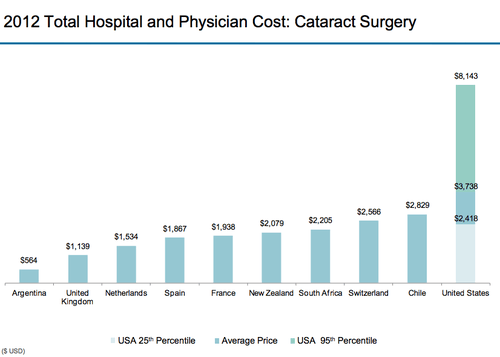 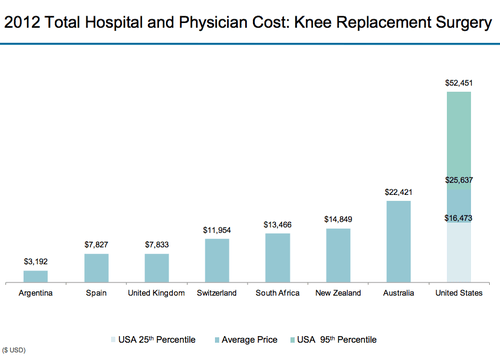 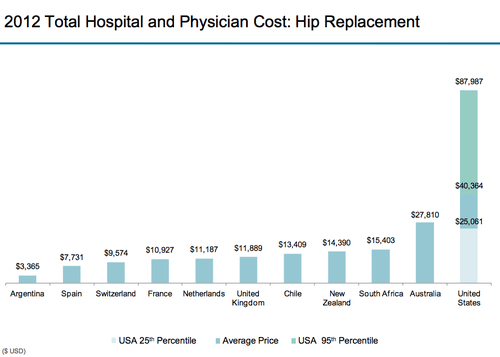 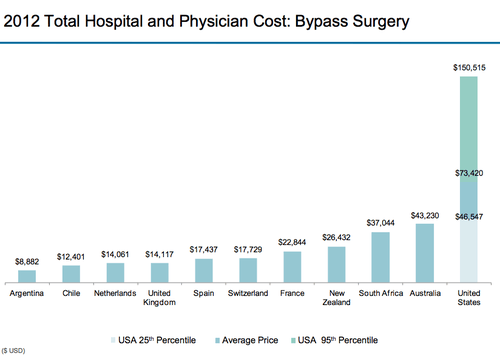 While the average is the important number for understanding costs on a macro level, given how many Americans lack insurance or pay significant portions of their healthcare bills, the wide variation in prices can have a huge effect on individuals’ lives. 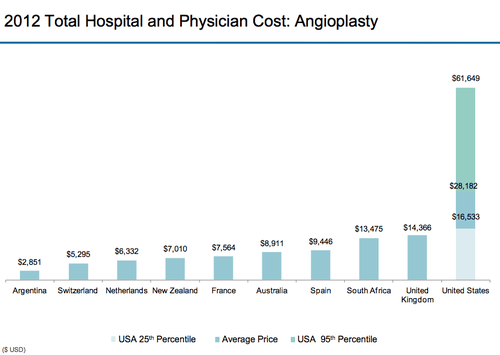 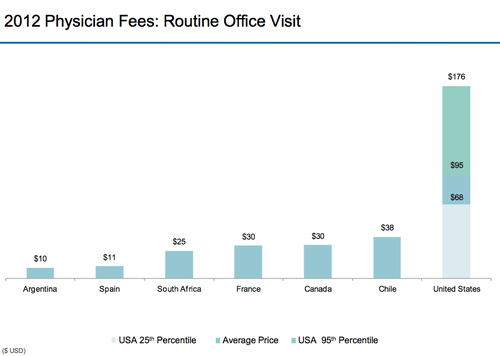 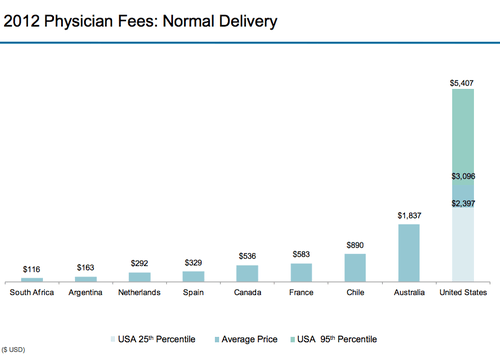 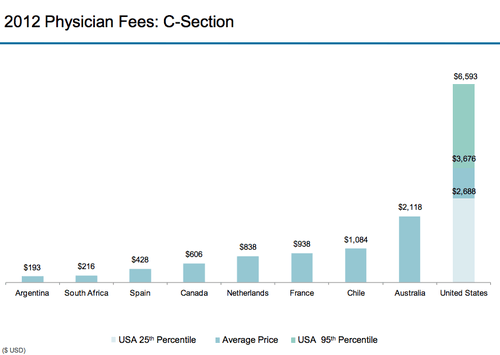 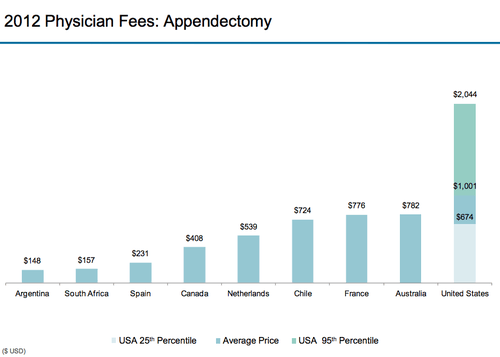 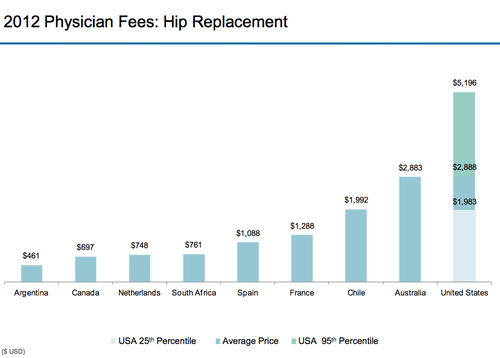 Prescription drugs are particularly overpriced – almost always double the average of other countries in these examples – especially for a product that is standardized and identical. In general, Americans pay twice as much for brand name drugs as other industrialized countries. 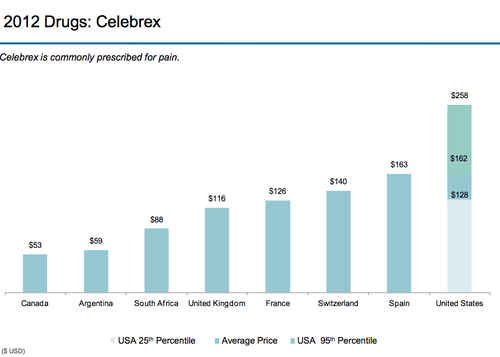 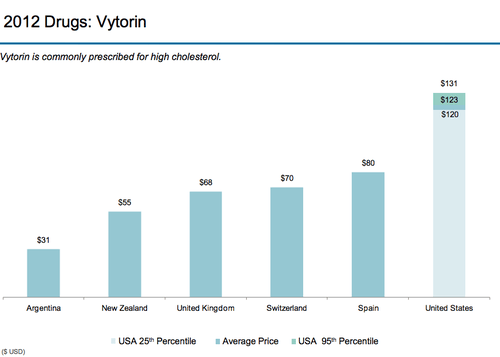 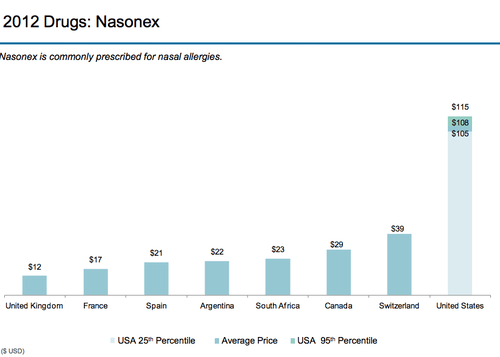 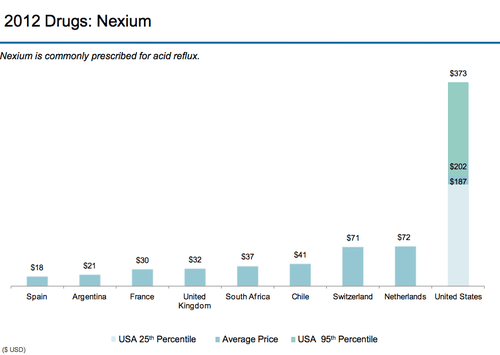 An unexpected effect of America’s overpriced prescription drugs and health care is that Americans pay for the lions share of health care investment. In the words of the director of the International Federation of Health Plans:

“We end up with the benefits of your investment. You’re subsidizing the rest of the world by doing the front-end research.”

Is this a positive example of American exceptionalism? Maybe. But most Americans would probably just prefer the reasonable health care prices the rest of the world experiences.

H/t to Ezra Klein for reporting on this.