The Race for Elite Private Schools 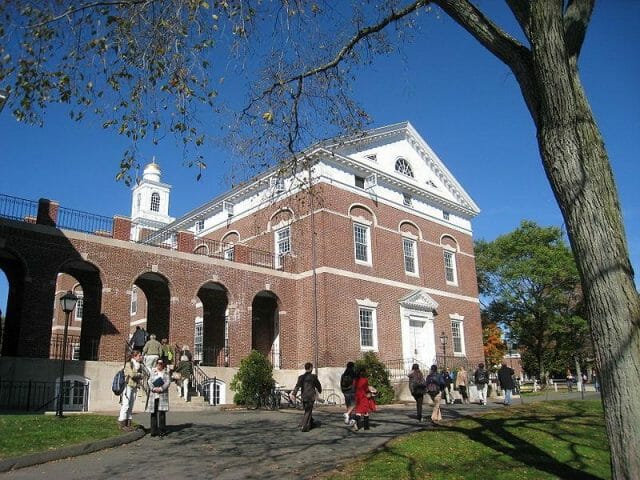 Over the last decade, tuition costs and competition for slots at elite private schools in the United States have increased substantially, even as online courses from sources like the Khan Academy became free for children in the K-12 age range and information has become more accessible than ever before, to more people than ever before. The most recent data from the National Center for Education Statistics indicates that the actual tuition paid (including financial aid) for nonsectarian private schools that charge over $10,000 a year in tuition rose from $14,638 for secondary schools in 1999-2000 to $30,265 in 2007-2008.

Tuition at the Phillips Exeter Academy, the alma mater of Mark Zuckerberg, costs $184,000 for four years, not including the cost of books. That sum is over 1.5 times as much as the school charged for the 2003-2004 academic year a decade ago. Harvard, by comparison, charges over $59,000 for the academic year of 2013-2014. Elite boarding schools share the financial aid policies common to Ivy League universities, offering nearly free rides to families below certain levels of income and assets.

An industry of preparatory consultants dedicated to coaching parents and their children on how to attain entrance to private schools has also exploded in size, reach, and revenues in recent years, transforming what was once a cottage industry tending to the needs of the urban elite into a real profession. An organization for educational consultants with an unwieldy acronym, the Independent Educational Consultants Organization, has arisen to represent their interests. According to the organization’s 2012 survey, the demand for consultancy services has accelerated in recent years. The average package charged for consultation weighed in at $3,900 for non-college advice.

These consultants help students navigate an admissions process as involved as the college application process. The prestigious boarding school St. Paul’s — where John Kerry graduated —  has an eight-step admissions process. It’s more involved than the common application popular with American universities. One of those steps requires that the prospective student submit four letters of recommendation. Athletes and ballet dancers must also send video portfolios. And the complexity of these applications serves a purpose as admissions are as competitive as those of elite colleges. Reports of the acceptance rate of admissions at Phillips Exeter Academy range from 10% to 20%. It’s understandable that parents trying to compete for the scarce supply of elite school seats might want to hire outside coaching.

For elite schools that offer K-12 education, there are even high-pressure tests for children barely past their toddling years. These tests usually have an administrator from the school charged with watching your child play with blocks who then judges whether or not he or she is worthy of the grace of admission to the institution. The ERB, a private school testing organization, even administers a standardized test called the Early Childhood Admissions Assessment. This test examines a child’s aptitude in such skills as ‘block design,’ matrix reasoning, vocabulary, and ‘bug search.’ It’s not even the only one: There’s the Otis-Lennon School Ability Test, the Weschler Preschool and Primary Scale of Intelligence assessment, and others.

The most selective schools are also the ones with the most established reputations. Exeter, mentioned earlier, was founded in 1781. The Trinity School, one of the most expensive private schools in the country at over $40,000 per year for K-8, was founded in 1709. While many of the components that make up a high-value school are available cheaply in an unbundled fashion — textbooks, tutoring, lectures, sports teams, clubs — the entire package, along with its asociated social cachet, continues to command frenetic competition and high prices from ambitious parents.