The Rate of Return on Lobbying 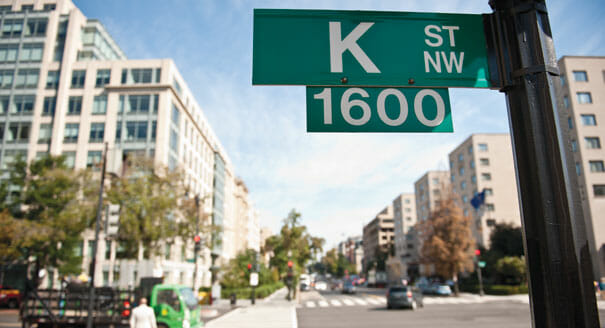 This week, the talk of the town – if your town is DC and your crowd occupies the real estate around the country’s power structures – is Mark Leibovich’s new book This Town. As chief national correspondent for The New York Times Magazine, Leibovich chronicles the intersection of money, politics, media, and vanity in the nation’s capital. Discarding the idea that polarization broke Washington, he writes that DC’s power nexus is too interconnected. The system is broken, but the process that enriches the political elite is humming along.

The narrative is not novel, but This Town is garnering attention for Leibovich’s ability to describe it with the intimacy of a longtime observer and insider.

In a review of the book, political journalist Fareed Zakaria notes that if systemic political corruption lies at the root of civilizations’ downfall, then Leibovich’s book could be a primary source for historians studying how “America lost its way.”

Those future historians will note that the structure of perverse incentives is strong. To quantify the scenes he describes, Leibovich cites the increase in the lobbying industry: Only 3% of Congressmen became lobbyists in 1947; today 42% of former members of the House and 50% of former senators take lobbying jobs. The number of registered lobbyists in DC increased from 5,000 in the fifties to 12,000 today – a figure that hides the thousands of lobbyists who hide behind titles like consultant and strategist.

The lobbying industry has grown because it is profitable and it works.

In 2004, Congress passed the American Jobs Creation Act of 2004. The Economist summed up the interpretation in the press and among policy analysts:

“The new law started life as a laudable effort to get rid of a $5-billion-a-year tax subsidy for exporters that the European Union had complained about and the World Trade Organisation had deemed illegal. But it has ended up as a 650-page horror that adds endless complexities to the tax code and doles out favours to a cornucopia of special interests from tobacco farmers to bow-and-arrow makers.”

Although it did eliminate the original subsidy, the Act took the name of a job creation bill as a euphemism for the handouts distributed to the industries that pestered for them. An academic study that compared companies’ lobbying costs to the benefits they received from the law concluded that the returns to lobbying were 22,000% – $220 of tax breaks or subsidies for every dollar spent lobbying. John McCain called the bill “No lobbyist left behind.”

While a spectacular coup for lobbyists, the 2004 bill does not represent an anomaly. Zakaria writes that lobbyists extract $3.5 trillion in benefits from government coffers every year at an expense of $3.5 billion in lobbying fees. A study of firms that engage in extensive lobbying found that they outperformed the S&P 500 by 11% from 2002 to 2011. Correlation is not causation, and that result is likely explained to a great extent by the profits of defense contractors in the boom following September 11. But is it really comforting that industries that subsist on the national government outperform much of the world’s economic engines?

Any attempt to quantify the returns on lobbying is also likely an underestimate as it cannot include the benefits of impeding legislation. If ExxonMobil lobbies for and receives a tax break, researchers can record it. But if its lobbyists prevent a carbon tax or a proposal to close off parts of the country to drilling, that will not be noted. Leibovich’s point is that dysfunction is often an indicator of the politician-lobbyist-corporation enrichment system at work, and lobbyists point out that it’s “significantly easier” to impede legislation than pass it.

One bright point is that after years of double digit growth, Politico reports that the profits of K Street lobbying firms in Washington are flat or even negative. They hesitate to draw conclusions on whether this represents a trend. Lobbying generally declines during election years, the economy is down, and lobbying could be moving toward the grassroots future suggested by the success of technology companies’ campaign to kill the Stop Online Piracy Act.

From these numbers, the future of lobbying looks secure. Whether it is a symptom or a cause of Washington’s dysfunction (and at this point it’s probably both), lobbying has a very high rate of return.