The Rise of Single Motherhood 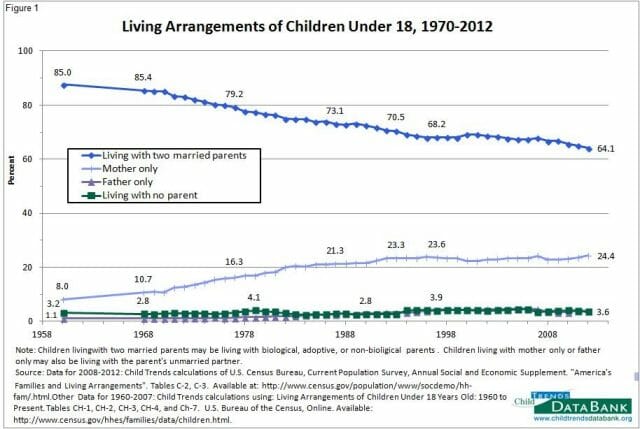 The composition of the American family has changed dramatically over the last half century. According to data from the US Census Bureau, the percentage of children living with two parents has dropped from 85% in 1960 to 64.1% in 2012.

What compensates for this difference? The rise of single motherhood. The percentage of children living with just their mothers has tripled from 8.0% in 1960 to 24.4% in 2012.

This phenomenon is especially pronounced in African-American households. In 2012, 50.9% of children in black families live with just their mothers. 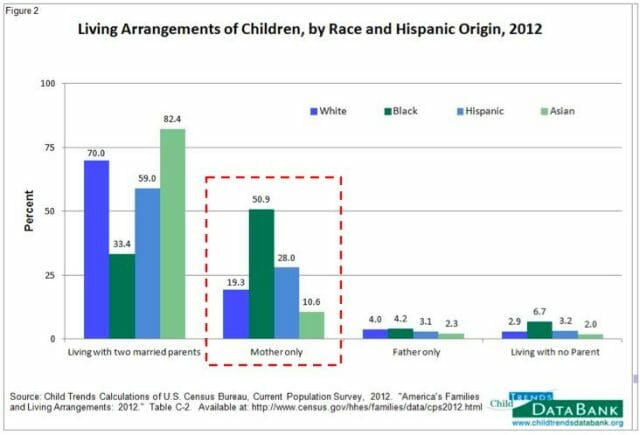