The World’s Only Factory Where You Can Nuke Your Boss 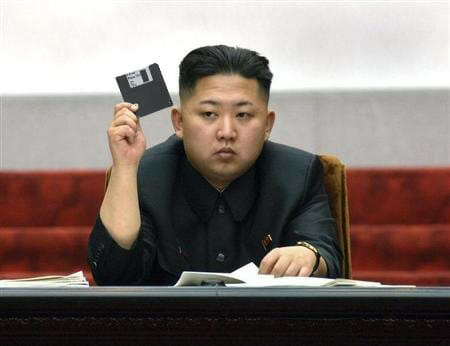 The situation in Korea is once again “tense.” North Korea has declared war on South Korea, declared its plans to nuke the United States, and plans to re-open a nuclear reactor.

However, the situation is all too common. North Korea has often made apocalyptic threats in order to secure control domestically or wring aid out of the United States and its allies. So, intelligence and the press have looked for signs that Kim Jong Un may be serious. This past week, they zeroed in on North Korea’s closure of an industrial park that it jointly runs with South Korea.

To which we responded, North and South Korea run a business together? 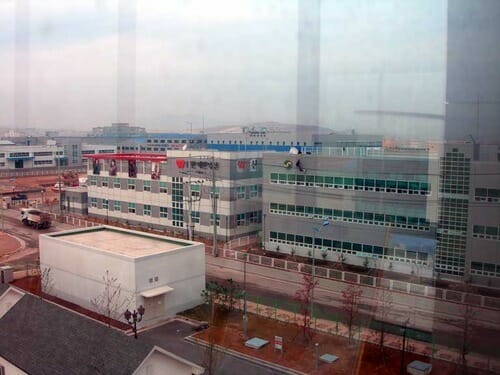 The 8 year-old industrial park in Kaesong, North Korea, is run and managed by South Korea. It employs over fifty thousand North Koreans who make an average wage of $144. It’s unclear whether that money goes to their families or the currency-starved government.

American diplomats often express frustration with China’s provision of vital food and oil to North Korea. They complain that it allows North Korea to skirt American-led sanctions on the rogue state.

But South Korea has been equally contrarian to the American sanction policy. Under South Korea’s “Sunshine Policy” toward the North, projects like Kaesong were meant to increase cooperation to improve relations. Kumgang Mountain, a North Korean resort open to South Koreans and other foreigners, is another key source of cash for North Korea.

A map of tensions between North and South Korea

It is hard for South Korea to have a consistent policy on North Korea. Families remained divided by the border between the two. South Korea also assumes that it will (and aspires to) one day reunify Korea. For that reason, they do not want a poor, weak North Korea. One of the purposes of the industrial park at Kaesong is to “narrow the yawning gap of half a century of division.” When unification comes, South Korea does not want the types of economic disparities that existed between East and West Germany:

“Cho Yong-nam, a director general in the Unification Ministry, said South Korea had projects in 27 of 206 cities and counties in the North. The common theme, he said, is to raise standards in the North so that, in a unified Korea, North Koreans would not constitute ‘a displaced, misfortunate minority group.’”

The South Koreans also hope that the industrial park will be subversive, by exposing North Korea’s lies about the superiority of the North and spreading the norms of production and capitalism. The South Korean managers, however, better be careful. Relations between bosses and employees have been cordial so far. But North Korea could be the world’s worst employee.