Ugly Charts About Guns in America

The charts about guns and gun related deaths in America are not pretty. We mean that quite literally, most of the statistics about guns are displayed in the most aesthetically unpleasing manner.

Nevertheless, the data in these ugly charts tells an interesting and disturbing story about guns in America.  There are a lot of guns in America and lots of people die because of them. What is even more troubling is that many of the solutions that have been tried don’t appear to make any impact.

First off, there are a lot of guns in America compared to the rest of the world: 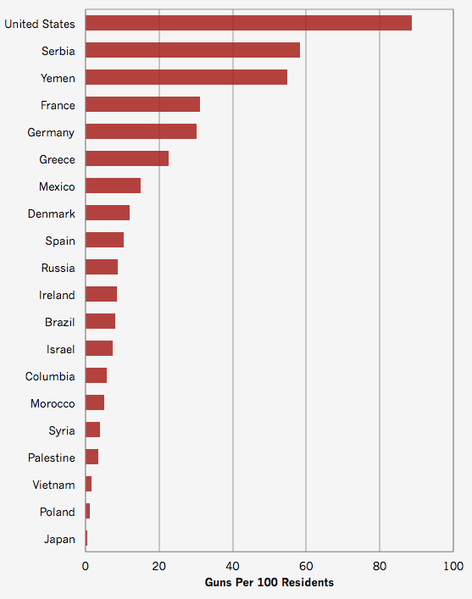 Not only that, but America has the most gun related deaths of the “developed” world: 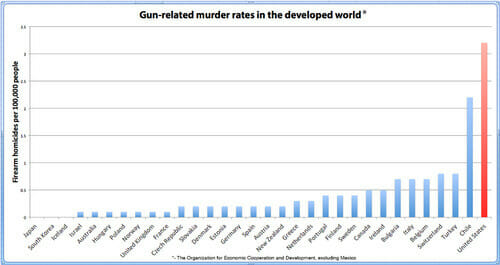 If you include all countries, America still cracks the top 10 but gets beaten out by several African and South American countries (and Jamaica).

Some places in the US like Chicago and Washington DC have tried strict gun control to address this problem. Changes in the amounts of gun violence in the these places still tracks changes in the national average: 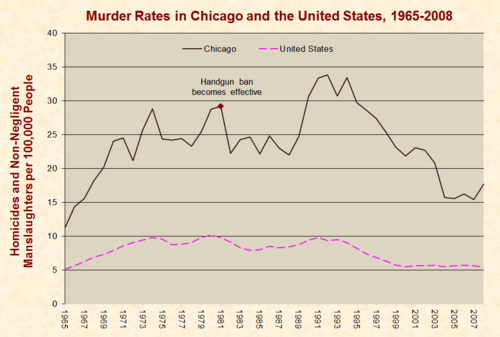 Other places in the US have gone the other direction – making it easier for more people to carry guns. These places also mostly track changes in the national averages: 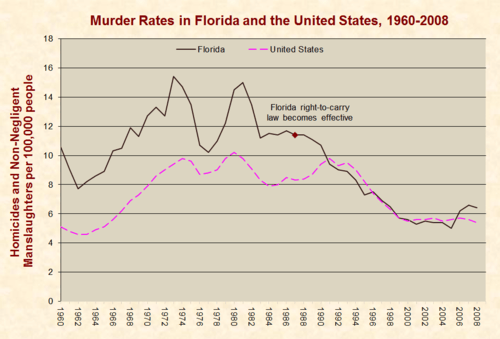 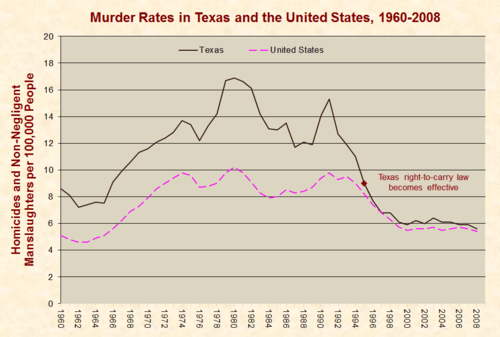 Gun deaths in America have remained relatively flat in the last decade: 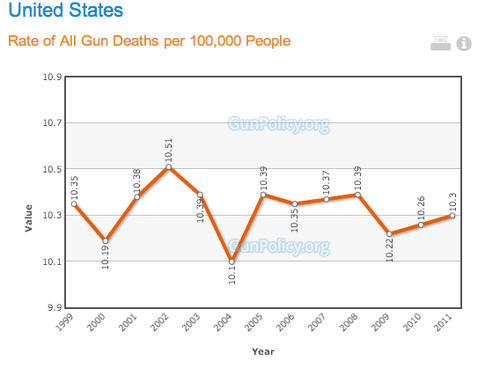 When compared to other forms of “preventable” deaths, gun violence is trumped by health related causes according to this very ugly chart: 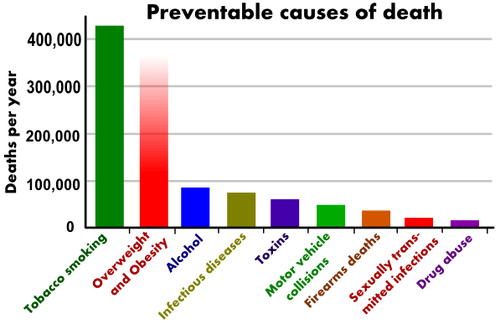 In 2007, there were 613 firearm-related accidents that lead to deaths in America, which is a portion of fatal accidents (be careful driving and walking people!). 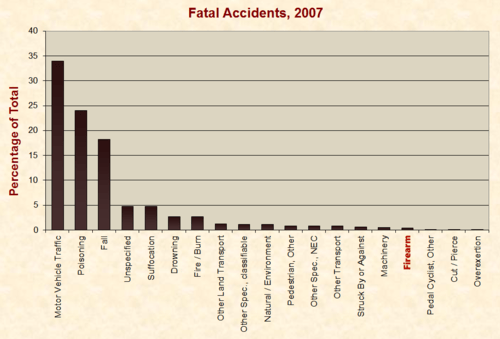 Going through the gun data is pretty grim and doesn’t offer up any easy solutions. Other countries where guns are less prevalent have fewer deaths than in the US, but some promising but modest gun control measures we tried haven’t really worked.  Moreover, as we’ve seen from the war on drugs, it costs a lot of money to regulate and control a substance and you end up enriching a lot of bad guys. More draconian gun control measures might work in America, or they might not save lives and be impossible (and costly) to enforce. It’s a really tough problem in need of inventive solutions.