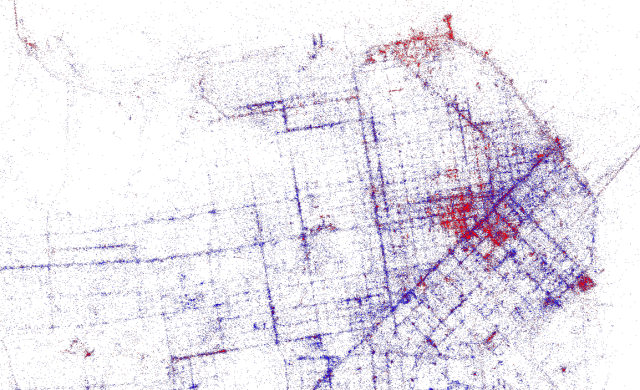 Say you wanted to figure out where all the tourists were. How would you do it?

Well, some researchers at MapBox and Gnip teamed up to figure out a clever hack to find out where out-of-towners were hanging out in San Francisco. They used Twitter data.

The above map shows the concentration of “Tourist” tweets in red and “Locals” in blue. No surprise, the out-of-towners hang out by Union Square, Fisherman’s Wharf, AT&T Park, and the Golden Gate Bridge.

So, if you want to know where you can get overpriced food, weak drinks, and exorbitantly-priced fleece jackets, now you know!