What A 16th Century British Currency Can Teach Journalism 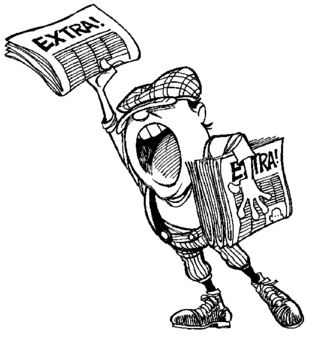 News outlets are struggling. They are earning less revenue from ads and steadily losing readers and viewers.

As more people turn online to get their news, it’s a common assumption that news outlets need to adapt to the new ways of consuming news. The extent to which The New York Times and CNN, the thinking goes, adjust to the pace of breaking news over social media and the 24 hour news cycle, will determine whether they survive.

But this thinking may have it all wrong. A look at the problems Britain experienced with its currency in the 16th century suggests why.

A post from Foreign Policy explains how British currency began losing its value due to sloppy coinage practices. In response, a wealthy merchant suggested that Queen Elizabeth I mint new coins, distinct from the old coins but more trustworthy.

But no one used the new coins. The problem was that the old and new coins had different values, but equal power as legal tender:

“If coins containing metal of different value enjoy equal legal-tender power, then the ‘cheapest’ ones will be used for payment, the better ones will tend to disappear from circulation.”

This resulted in the maxim that “Bad money drives out good.”

As the article points out, this is equally applicable to breaking news stories.

During the search for the Boston Marathon bombers, people shared false news on social media. This included incorrect reports of an early arrest of the bomber (it was actually an innocent Saudi man questioned out of pure prejudice) to false accusations of the bombers’ identities based on an attempt to crowdsource the investigation on Reddit. This did not just consist of individuals on Twitter sharing false news. In their rush to match the pace of speculation on social media, outlets like CNN misreported breaks in the story.

In other words, bad news drove out the good.

So what should news outlets do? Maybe they should stop trying to compete. Blogs and other sources willing to “report” news without verification or a thought to the consequences will always beat CNN and The New York Times when it comes to pleasing people seeking a shot of dopamine every minute in the form of an update – no matter how inaccurate or poorly presented.

Instead, news outlets need to differentiate by focusing on presenting news cohesively and in a trustworthy manner. Despite the avalanche of Boston coverage, this author, a Massachusetts native, found himself wishing for more summaries of the events from a trusted source – rather than minute to minute updates that assumed a knowledge of every prior break in the story.

Trust is the biggest factor setting traditional news outlets apart from other online sources. Social media is a key way to distribute news. But maybe news outlets don’t need to hire peppy young kids to compensate for crusty old journalists’ lack of social media savvy. Instead, maybe they need to double down on reporting, slowly and carefully, with the solemn and trusted gravitas of Walter Cronkite.