What Are Senior Citizens’ Biggest Financial Regrets From Their Twenties? 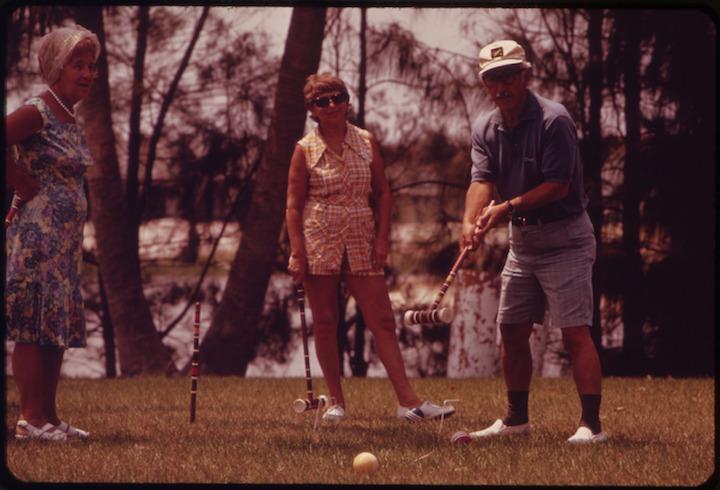 Irresponsible management of finances, such as taking on too much debt or not saving enough, could lead to irreversible damage when it comes to retirement.

What's more, you often don't find out if you've made a financial mistake until much later in life. That's why we decided to survey senior citizens to see what they would change about their financial planning if they could go back to their youth when they first started working. It might be too late for them to make changes, but others certainly can benefit from their advice and benefit of hindsight.

In our latest survey of 1,000 senior citizens, LendEDU sought to uncover how older Americans are faring financially and if they made the right decisions throughout life to live comfortably in their later years.

Are today’s senior citizens sufficiently prepared for retirement or have past financial mistakes impeded their progress? What did older Americans wish they knew about managing finances when they were younger?

Here were a few key takeaways from the study:

More Than Half of Senior Citizens Underprepared for Retirement, Most Wish They Started Saving Sooner

To gather the data for LendEDU’s story, we surveyed 1,000 Americans, all of whom were at least 65 years of age.

One of the first questions we asked the respondent pool was the following: “What is the biggest financial regret you have from your twenties?”

The plurality of the respondents, 21.4 percent, indicated that the biggest financial regret from their twenties was not saving enough for retirement. Other popular answer choices included spending too much money on nonessential things (17 percent), not investing (12.3 percent), and getting into too much debt (10 percent).

Circling back, it was quite telling that senior citizens regret not saving enough for retirement in their twenties. Getting a jumpstart on retirement is essential to living a comfortable life in one’s later years. Due to compound interest, the earliest possible start to retirement saving will be the most beneficial as your money will have more time to grow.

Professor Timothy Wiedman of Doane University, 66, agreed with most senior citizens who took this survey in that his biggest regret was not getting a jump on retirement while in his twenties.

“I put off starting to save for retirement and didn't open my first IRA until I was a bit over 31 years old. I justified this by telling myself that I could always "catch up" later on my long-term financial plans after establishing a solid career and seeing my income increase,” said Wiedman.

Wiedman soon realized the delay had a substantial impact on his ability to save and earn.

“But the earning power of compound interest is based on time, so an initial delay can have severe consequences. Thus, for young folks these days, opening a Roth IRA as early as possible is vital,” he said. “For example, if a 23-year-old fresh out of college puts $3,000 per year into a Roth IRA that earns a 7.8 percent average annual return, 44 years later at retirement, that $132,000 of invested funds will have grown to $1,009,275. On the other hand, starting the same Roth IRA 20 years later will yield very different results.”

So we know that many older Americans seriously regret not saving for retirement early enough. But were they able to salvage that lost time? Are they prepared for retirement?

The following question was proposed to all 1,000 senior citizen respondents: “As of today, do you believe that you have saved enough for retirement?

The strong majority of older Americans, 54.6 percent, admitted that they do not believe they have saved enough for retirement, while only 26.6 percent think they are on the right track, and 18.8 percent are still unsure.

It came as quite a surprise that so many senior citizens believe they are not aptly prepared for life after work when they should be enjoying warm weather and leisure activities.

But once again, it goes to show the potentially crippling effects of not saving enough for retirement at a younger age. Quite a few senior citizen respondents wished they had saved more in their twenties and that sentiment transferred over to this more black-and-white question.

If those millennials wish to find themselves in a better position than more than half of the baby boomers at the age of retirement, they should probably switch from a savings account to a robo-advisor, 401(k), or brokerage account.

Additionally, when we asked our senior citizen respondents to answer what they know about personal finance today that they had not known at 25, 15.68 percent of the answers were: “I know how to save for retirement.”

The plurality of answers, 28.68 percent, pertained to learning how to live within one’s means, while 25.95 percent of answers were: “I know how to budget.”

Dr. John Story, a 60-year-old college professor at the University of St. Thomas, Houston, summed up this question quite well and further reinforced the importance of getting a jump start on retirement.

“I wish I had known the true cost of debt, and the flipside, the real value of long-term saving.”

With a Lack of Retirement Funds, Many Seniors Relying on Social Security and Life Insurance

As one gets older, there are two components that are thought to be key to achieving a sustained financial comfort. One is life insurance, a product, while the other is Social Security, a benefit.

Life insurance and Social Security benefits become all the more crucial for senior citizens when they have not saved enough for retirement, which is the case for over half of our respondents.

Not surprisingly, many poll participants indicated that they are relying heavily on both things to live their later years comfortably due to a lack of sufficient retirement savings.

Whereas life insurance must be purchased, Social Security is a benefit that can be qualified for by being of age and by working for a certain number of years (usually 10).

Life insurance is purchased by many senior citizens because it can solidify the financial security of loved ones should the buyer pass away.

While a majority was not achieved, 46.9 percent of senior citizens indicated that life insurance was an important part of their financial strategy. 34.1 percent said that the insurance product does not hold much weight for their financial plan, while 19 percent were unsure.

Considering many of LendEDU’s respondents are not sufficiently prepared for retirement, having life insurance or access to Social Security benefits could become quite pivotal for living comfortably in their later years. Note: Complete survey data and methodology available here.