What Happens When Americans All Do the Same Thing at the Same Time?

Watching the Super Bowl, whether for the game or for the commercials, has become a national pastime. With everyone getting together to watch the game at the same time, how does our utility infrastructure strain (or not strain) under the load?

Oddly enough, when millions of people are glued to their TV sets during the Super Bowl, energy usage actually drops 5.0%. 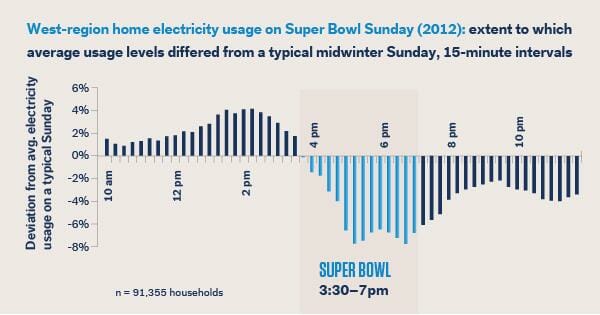 The energy efficiency company OPower crunched electrical usage data from Super Bowl Sunday in 2012 and compared them to historical mid-winter Sunday data. On Super Bowl Sunday, while the morning and early afternoon saw slightly higher-than-usual electricity use, the 3:30PM to 7PM slot experienced a significant decrease! Home energy use deviated the most from average during halftime, when 114 million viewers tuned in for the halftime show.

What’s another unintended consequence of everyone watching the game? We all use the bathroom at the same time, putting the sewage and water system at peak capacity. 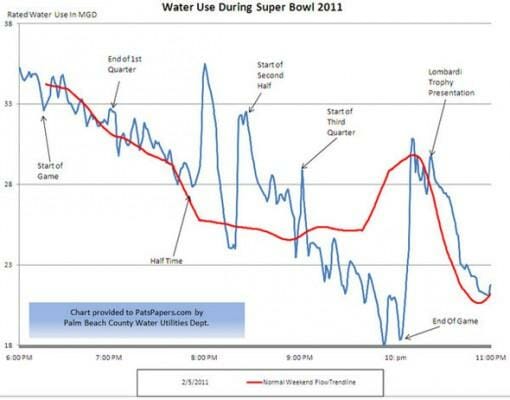 Advertisers beware. If your spot runs right at the beginning of halftime, all the viewers are in the bathroom.