What Is Shakespeare’s Most Popular Play? 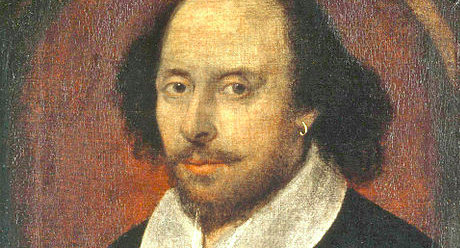 William Shakespeare died 400 years ago, but his work is more popular than ever. Every year, hundreds of professional productions of his plays are put on in the United States alone, and there are over seventy Shakespeare festivals around the world. No other playwright comes close.

One of the most astonishing aspects of Shakespeare’s legacy is that no single play dominates his reputation. While most great artists have a seminal work—Leonardo and the Mona Lisa, Jane Austen and Pride and Prejudice, Beethoven and Symphony No. 5—this is not true for Shakespeare. Ask people about the play the Bard is best known for, and you will get a variety of answers.

When we asked San Francisco park goers about the first Shakespeare play that came to their mind, the most common answer was Romeo and Juliet. But nearly as many mentioned Macbeth and Hamlet. And a few mentioned A Midsummer Night’s Dream and Much Ado About Nothing. (One little boy boldly answered Star Wars.)

So which is Shakespeare’s seminal play?

There are a range of approaches to answering this question. You could look at the many online polls and reviews, or the vast scholarly literature. But they all disagree.

We suggest a different approach: Just look at which play gets performed the most.

Eric Minton is a Shakespeare obsessive. He has seen each of the over 40 plays in the Shakespeare canon and over 400 total Shakespeare productions. His courtship with his wife even involved cooking Shakespeare-themed meals. To quote Shakespeare’s As You Like It, Minton does not believe there could be “Too much of a good thing.”

Beginning in 2011, Minton started keeping a list of upcoming Shakespeare productions on his website. The list of nearly 2,000 productions—75% of which were in the United States—includes the vast majority of notable professional performances in North America, England, and Australia, and a smattering of performances elsewhere. According to our research, his list of productions is the most comprehensive available. Minton gave us access to his website's archives for our analysis.

The following chart shows which Shakespeare plays have been produced most by major theatre companies since 2011. It is our revealed preference—a combination of what companies can and want to perform and what people want to see.

Minton was not surprised to see A Midsummer Night’s Dream was Shakespeare’s most performed play—accounting for over 7% of all productions. It is also the play he has seen most. “It appeals to people who aren’t familiar with Shakespeare.” Minton says. “You are gonna get the comedy even if you’re not proficient at speaking in verse.”

Dr. Cynthia Lewis, an English Professor and Shakespeare specialist at Davidson College, agrees that A Midsummer Night’s Dream’s number one ranking makes sense. She explains that while plays like Merchant of Venice can be puzzling because of its multiple interweaving plots, A Midsummer Night’s Dream has a simple structure. “[The play] is really just a story of four lovers who go out to the woods and get confused.” She adds, “It’s also hilariously funny.”

Lewis expected that Romeo and Juliet would be among the most popular plays to stage (more on this later), but she was pleasantly surprised that Twelfth Night ranked third. She figures modern audiences are drawn to its female protagonist, Viola, and the appealing plot elements (like the “dressing down” of the arrogant Malvolio). “All this sort of gender bending [and] flirtation with homoeroticism,” says Lewis. “I think for a modern audience this is pretty much fun because our culture is very well attuned now to issues of gender and issues of sexual identity.”

She was disappointed to to see that Love’s Labours Lost, All’s Well That Ends Well, and Antony and Cleopatra are so infrequently performed. She points out that all have powerful female protagonists. She supposes that Love’s Labour Lost is not staged as often because it is “bound up in topical references” that puzzle modern audiences.

The data that Minton collected also includes the location of each production. The chart below compares the plays staged most often in America to the most popular plays abroad.

Apparently, Romeo and Juliet has a specific appeal to Americans. It is second most popular production in the U.S., but is not even among the ten most performed plays abroad (it is tied for 11th). Maybe Romeo and Juliet’s theme of forbidden love is particularly relatable in multiethnic, American society. Or maybe it’s because Leonardo DiCaprio played Romeo on the big screen, creating a generation of unlikely fans.

Eric Minton hypothesizes that the popularity of Romeo and Juliet in the United States is partly a result of playing to the Valentine’s Day crowd. We checked the data, and Minton is on to something. The likelihood of performing Romeo and Juliet in February is double that of other months.

Mya Gosling, the author of the popular Shakespeare webcomic Good Tickle Brain, is struck by the difference between the top plays in the U.S. and other countries. “Does the popularity of King Lear over Romeo and Juliet mean that the rest of the world is brooding over parental relationships and family dynamics,” she asks, “while Americans are just running around thinking about sex all the time?”

No. Few Shakespeare experts consider it one of his greatest plays, and it is not significantly more popular than others. But it does suggest that A Midsummer Night’s Dream is now his most influential play—the one that introduces more people to the English world’s most important writer than any other.

So should you go see A Midsummer Night’s Dream? Or one of Shakespeare’s other plays? Mya Gosling made a flowchart to help us all decide.

In order to get to A Midsummer Night’s Dream in Gosling’s chart, you must answer that you like to laugh, don’t have a taste for violence, dislike twins, and are a fan of fairy magic. Apparently, that describes a lot of theater goers.

In our next article, we talk with a fast food chain that has trademarked the phrase “Taco Tuesday” in every state except New Jersey. To get notified when we post it  →  join our email list.