Proctologists vs Pediatricians: When Are Doctors Busy? 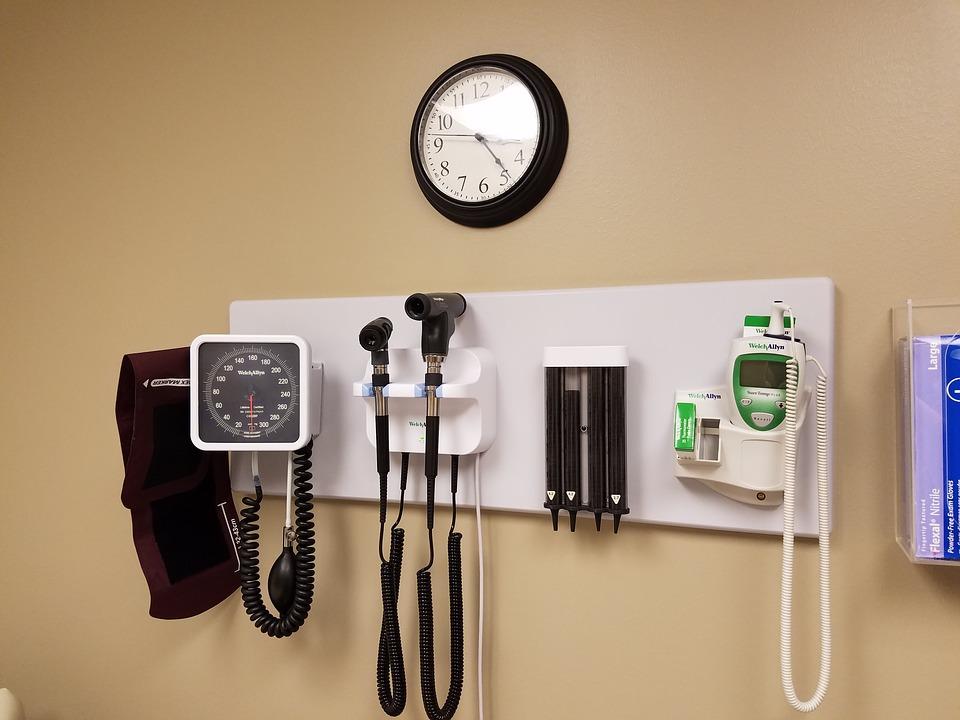 Different seasons bring different maladies. The spring heralds allergy season. The winter brings colds. The fall means back to school and all the germs (and medical paperwork) associated with that.

We decided to figure out when doctors were busiest throughout the year. To answer this, we analyzed data from Priceonomics customer Zocdoc and looked at their database of millions of medical appointments for most major specialities over a one-year period (January 2016 - December 2016).

Averaged across all specialties, we found that March was the busiest month of the year, followed closely by January and August. Bookings tended to be lower in November and December.

We did, however, find that certain specialties are busy at varying times in the year. Neurosurgeons are busiest from September through November and are the least busy in April. Not surprisingly, allergists are busiest in the spring, from March through May, and see the fewest patients in December. Pediatricians appear to follow school break schedules, with their busiest times during January (winter break), March (spring break), and August, right before school starts. Continue reading for a breakdown of the insights below.

Appointment volume is relatively consistent throughout the year

We started our analyses by investigating when doctors had the most appointments booked throughout the year in 2016. We then organized the bookings by month to look for patterns. 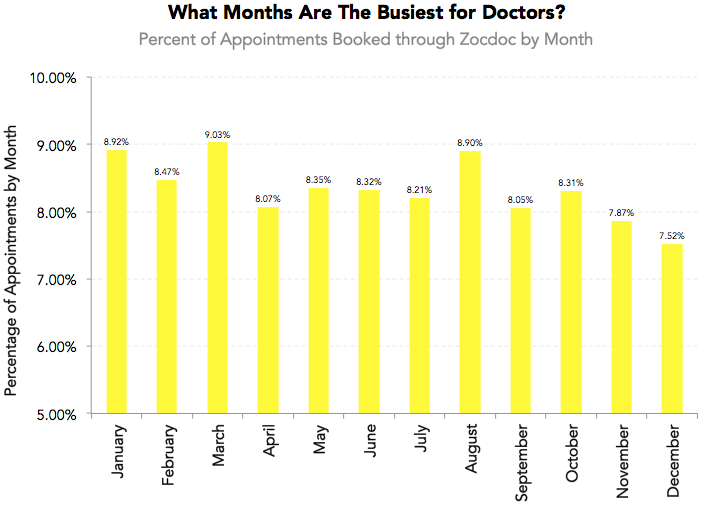 It’s important to remember that if appointments were spread evenly across the year, doctors would see approximately 8.3% of their patients each month.

As the chart shows, there’s not a clear linear trend across the year for busy and open times. However, when you consider times of the year that people typically take time off, you can see a pattern in how busy doctors’ calendars become. March (9.03%) and January (8.92%) are the three busiest months of the year, and correspond well with the academic calendar for winter and spring break. November (7.87%) and December (7.52%) were the least busy months of the year across all specialties.

Now that we know when all doctors are the busiest, we wondered if certain specialties had particularly busy months compared to the rest. Using this same data on appointment bookings, we decided to pull out a few specialties that varied above and below an average booking rate throughout the year.

Allergists are busiest in the spring

Not surprisingly, allergists are busiest in the spring, between March and May. During the spring months, allergists see almost 30% of their patients for the whole year. Bookings begin decreasing quickly in June and July, increase a little in August, and then slowly decrease again through December. If you have allergies, waiting till spring for an appointment may mean it's difficult to get an appointment. And if you’re an allergist, you may want to take time off around the winter holiday, and add to your appointment availability in the spring. 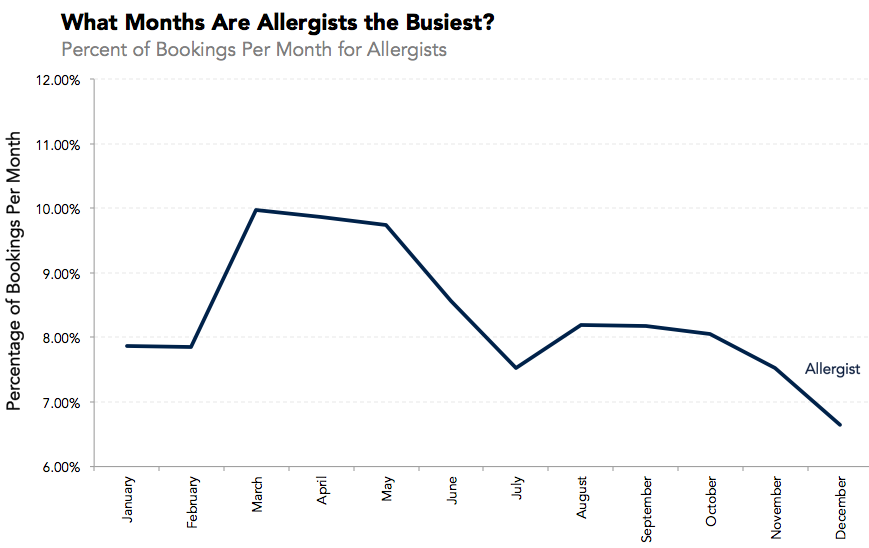 Pediatricians are busiest in August

Next we thought we might analyze appointments with pediatricians. We wondered whether their peak times would follow school breaks, since their patients would have the greatest availability when school was out of session. 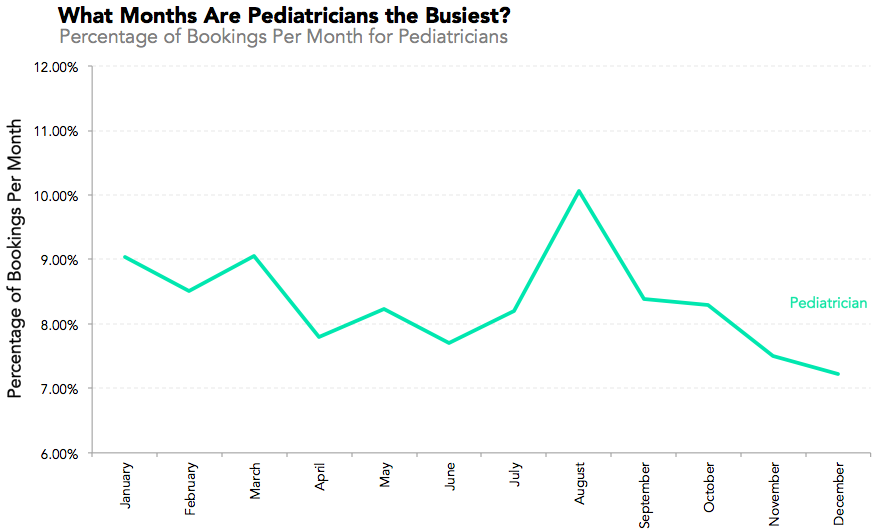 Pediatricians seem to hit their peak appointment month in August (10% of appointments), with January and March (both 9% of bookings) other busy months of the year. This is likely due to parents remembering to take their child to the pediatrician before starting the fall semester to get a physical or make sure their kids are up to date on required vaccinations. Or trying to fit appointments in again during January and March, when schools are on winter or spring break.

Proctologists are busiest August through December

Last, we wanted to take a closer look at proctologists, who appear to have the most uneven distribution of appointments of any specialization. 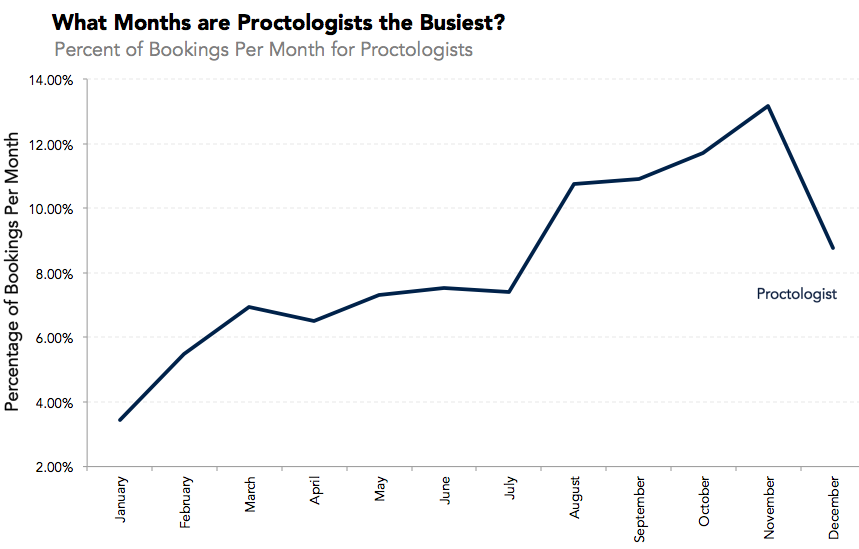 Proctologists are the only specialization that have a clear linear trend of increasing appointments through the year. If you’re a proctologist, consider taking your vacation during the first half of the year in January (3.4% of appointments), February (5.5%), or April (6.5%). Maximize availability from August through November, as those four months account for just under 50% of annual appointments. November alone accounts for 13.2% of appointments.

These charts are an interesting look at a few of the specialties, but don’t tell us about booking trends for the other 17 specialties we analyzed. To help you plan your scheduling, we created a massive chart with all specialties and highlighted the three busiest months in red and least busy times of the year in green. 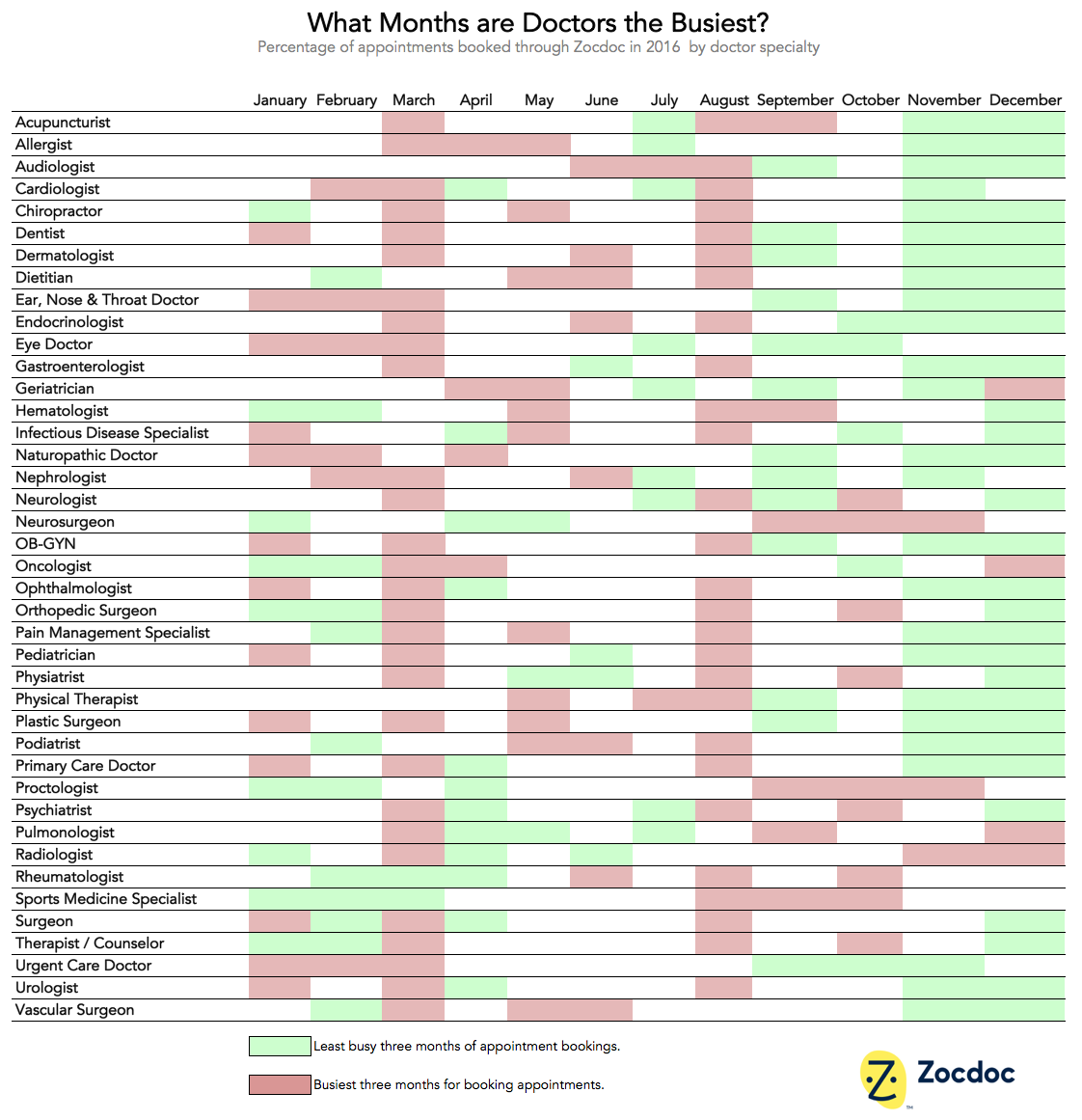 In general, doctors are busiest during January, March and August. However, different specialists have different peak seasons. For instance, allergists are busiest in the spring, between March and May, while proctologists become increasingly busy throughout the fall. In general, November and December have the lowest appointment booking volumes, and may be a good time to book an appointment unless the offices are closed due to holidays and vacation.