What Marshmallows Tell Us About Silicon Valley 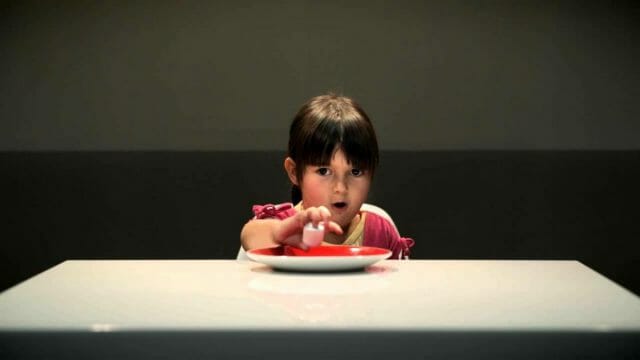 Why do some people work hard while others falter?

Why does Silicon Valley produce new technologies and billion-dollar companies while efforts in other cities fail to foster entrepreneurship and brisker economies?

You could spend a career studying this question, and depending on whom you ask, you may receive contradictory answers.

But we suggest starting with a number of experiments run by Stanford psychologists in the sixties and seventies involving children and promises of marshmallows. Because the way that toddlers struggle to resist the temptation of a tasty treat, and the conclusions researchers drew from it, provides insight into what motivates individuals to work hard, Silicon Valley’s secret sauce, and the roots of global poverty.

In 1960, Stanford researchers tempting young children with candy conducted some of the most iconic experiments in the history of psychology.

This was the original marshmallow experiment, which sought to understand how children develop the ability to delay gratification. To do so, the researchers brought children into a room one by one and tempted them with a five-year-old’s equivalent of Odysseus’s sirens: a marshmallow. The researchers told the children that they could have the marshmallow now. But if they waited 15 minutes without eating the marshmallow, they would earn a second.

This was not easy for the preschoolers. They fidgeted, covered their eyes to avoid seeing the treat, and, in several cases, simply ate the marshmallow immediately. One third of the kids persevered and earned themselves a second marshmallow.

Researchers and psychologists found the prospect of studying psychology with a bag of marshmallows equally alluring and published several follow-up experiments. (Researchers actually let the children choose between a marshmallow, Oreo, or pretzel stick. But it’s the marshmallows that became famous.)

One study published almost 2 decades later found that the children who delayed gratification in the marshmallow experiment scored higher in assessments such as the SAT and questionnaires filled out by parents describing their child’s academic success and ability to focus and delay gratification.

After discussing how psychologists believe that the ability to delay gratification reflects cognitive processes that are important for professional and personal success, the research team cautiously concluded that “the qualities that underlie effective self-imposed delay in preschool may be crucial ingredients of an expanded construct of ‘intelligent social behavior’ that encompasses social as well as intellectual knowledge, coping, and problem-solving competencies.”

In other words, the marshmallow test reveals whether you have the right stuff. If you can wait patiently for a second marshmallow, you can study hard at school (rather than play video games) and become a successful professional.

The marshmallow test became an important part of psychology canon, and for decades, it underpinned ideas about the qualities that distinguished successful people from their peers.

But a study in 2012 suggests that the children in the experiment did not necessarily differ in their ability to resist temptation. Instead, what differed was their trust in the researcher to return with the promised reward.

In the modified experiment, researchers at the University of Rochester first gave children crayons and stickers. But they promised to return with an even better set of stickers and crayons in a few minutes if the children held off playing with the toys until the researcher returned. After the wait, one group received the promised art supplies, while the other group was told that the promised goodies could not be found.

When the researchers then presented the same children with the marshmallow test, they found that the children’s ability to resist was influenced by some shrewd thinking. The preschoolers who were told that the better stickers had been lost waited, on average, three minutes and two seconds—compared to 12 minutes and two seconds for the toddlers who’d been shown or given the better art supplies. Only one in 14 children in the first group waited the full 15 minutes and received a marshmallow, compared to nine children in the second group.

While the original marshmallow experiment concluded that the children’s ability to wait for a second treat indicated an innate ability to exhibit self control, the Rochester study indicated that the ability to resist temptation was more of a rational decision based on whether they believed they could trust the researchers.

Children in the second group saw the researchers’ promises as unreliable, and they’d learned that being disciplined didn’t pay off. So why would they wait to have their marshmallow? 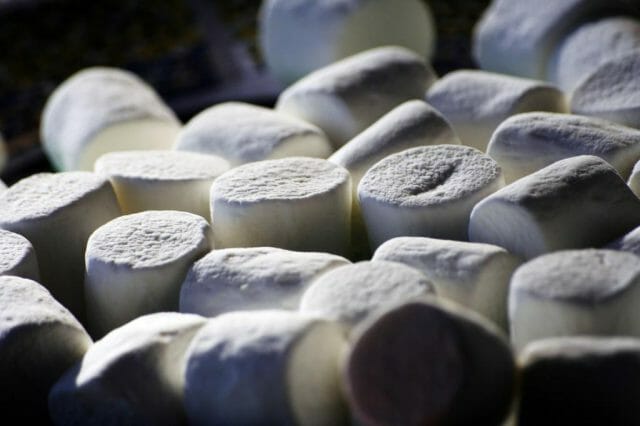 This suggests that the marshmallow test may reveal why some people work hard and succeed while others don’t, but for a very different reason than researchers originally believed.

How Your Environment Creates Your Work Ethic

In the marshmallow experiments, psychologists saw innate abilities of self-control behind individuals’ ability to work hard and succeed. They often failed to account for how individuals’ beliefs about the likelihood of their self-control and hard work paying off influenced their behavior.

The same can be said of many economists and business people who have sought to explain why certain countries are poor.

Muckraking through old accounts of Western scholars, businessmen, and expats easily turns up examples of people describing societies that are currently prosperous as forever doomed to be an economic backwater due to their poor work ethic. Often they blame a culture that focuses on the present and never on the future.

Consider this example of an Australian management consultant touring factories in a developing country—as described by economist Ha-Joon Chang in Bad Samaritans.

“My impression as to your cheap labor was soon disillusioned when I saw your people at work. No doubt they are lowly paid, but the return is equally so,” the Australian told his hosts. “To see your men at work made me feel that you are a very satisfied easy-going race who reckon time is no object. When I spoke to some managers they informed me that it was impossible to change the habits of national heritage.”

The Australian consultant made this observation in 1915, about a country whose income level was significantly lower than that of Australia’s. The country whose culture he was describing as irredeemably lax and lazy was… Japan.

As economist Anthony Orlando points out, it now seems absurd for someone from Australia, a country whose citizens are known for relaxing with a beer and backpacking around the world, to criticize Japanese culture for slothfulness. But this is how many westerners saw Japan a century ago, before it fully modernized and emerged as a world power.

Ha-Joon Chang goes on to observe that in 1903, the American missionary Sidney Gulick wrote that many Japanese “give an impression…of being lazy and utterly indifferent to the passage of time.” Gulick’s impression was well founded; he spent 25 years in Japan, spoke the language, and taught at universities. And he was not a bigot; he supported Asian-Americans and denounced racism on his return to the United States.

So what changed? How did Westerners go from viewing Asian countries as doomed to poverty by their laziness to fearing the “culture” of Asians’ willingness to study long hours in the race for educational opportunities and professional advancement?

As time has shown, a culture of industriousness or idleness is less of an innate inevitability and more of a reflection of economic realities. All the “lazy” people that Gulnick and the Australian consultant met were capable of working hard, studying long hours, and planning for the future, but only when opportunities existed and they trusted that hard work would pay off.

This lesson, that people work hard when they are confident that it will pay off, is simple. But it is one that is often eclipsed by perceptions of culture, innate ability, or other explanations. The influential sociologist and economist Max Weber, for example, famously attributed the economics success of American and Northern Europe to their “Protestant work ethic.”

This is less true today. High-flying economist Daron Acemoglu and his colleagues, in contrast, believe that the most important factor behind a country’s or an area’s wealth is whether its institutions incentivize people to work hard. Does a country have courts that enforce contracts and protect private property? Or is inflation rampant, with crime and corruption endangering every productive enterprise?

Acemoglu suggests a simple point: people will work hard, but only if they expect to benefit from it. That expectation is widely absent (and often rightly so) in impoverished circumstances.

In contrast, the expectation that hard work will pay off may be stronger in Silicon Valley than anywhere in the world. People within the industry see constant evidence of discipline paying off. A talented colleague’s work results in a high salary or investment to start a company. Someone with an unrelated college degree learns to code and lands a great programming job.

Plenty of other factors contribute to Silicon Valley’s success. There is Stanford and UC Berkeley, a “culture of failure,” and the fact that its status as a startup mecca draws talented people. But it is the constant affirmation of industriousness that makes everyone dream up new projects and sacrifice the time and effort to try and make them real.

When a Silicon Valley programmer goes through the equivalent of the marshmallow test—a situation where he or she decides whether to delay gratification and work hard—he or she recalls the researcher returning time and again with a plush job or big bonus. When people from less prosperous circumstances go through the equivalent of the marshmallow test, they remember being fired for reasons outside their control.

While a young man who graduates from the Ivy League may feel like he can found the next Instagram, a similar women or minority graduate will find fewer role models and hear stories of founders who endured biased treatment from Silicon Valley’s mostly white, male venture capitalists.

While a wealthy or middle class teenager in New York may know dozens of people whose long hours of study led them to a great college and good job, other high schoolers may only know dozens of smart, capable people who could not escape poverty traps or institutional racism.

This is why Americans’ increasing pessimism and distrust about politics and the economy is of such concern. The American Dream is simply the belief that hard work will be rewarded with a good life. But confidence in the media, government, and financial system is all much lower among the general public than the elite (something represented quantitatively in the “Trust in Institutions” barometer), and social mobility is falling.

A sense that the link between hard work and prosperity is broken has been a premise of political movements from Occupy Wall Street to the Bernie Sanders and Donald Trump campaigns, and it has been a theme of President Obama’s speeches.

That is dangerous because, as we’ve seen, people decide whether to work hard, take initiative, and invest for the future based on whether they trust that it will be rewarded.

Life isn’t fair. But it helps if people believe it is.

Our next article looks back at the 1970s ad campaign that branded bottled water as “Earth’s first soft drink”. To get notified when we post it  →  join our email list.

Priceonomics ran an earlier version of this article on July 2, 2013. The lead photo of a girl with a marshmallow is by Absa Saving and Investments.