When Is the Best Time to Buy a Ticket to a Sold Out Concert? 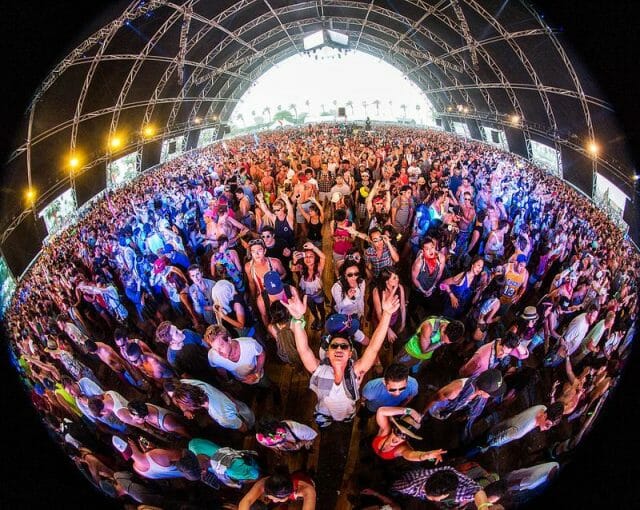 Coachella is the most expensive major music festival in America. Despite the steep price, tickets sold out within 3 hours of going on sale in early January. Yet people determined to see their favorite bands will find tickets on the secondary market- the home of scalpers, resellers, and Craigslist squatters.

But if you’re not trying to get ripped off, when is the best time to buy a ticket to a sold out concert like Coachella?

SeatGeek (the Kayak of tickets) compiled data on how much vendors were re-selling general admissions tickets for after Coachella officially sold out. The “face value” of the tickets were $375 before they sold out. 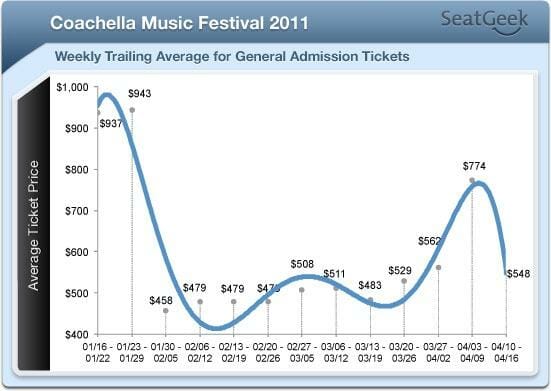 The high-point on the left of the graph represents the first two weeks after Coachella sold out of tickets. While a normal ticket would cost about $375, some impatient music fans were willing to part with almost $1,000. Asking prices bottomed out after the fourth or fifth week (at under $500). This is still more than what you would have paid normally, but hey, not a bad deal.

From that point on, prices slowly began to increase. And with two weeks left before the festival, the secondary market became a free-for-all: one week, the average ticket price soared to almost $800; the next week, it dropped to under $600.

Granted, this graph is from two years ago and is just for “asking prices”. You never know if scalpers are actually selling the tickets at the high prices they advertise. Conventional wisdom says to buy your ticket during the two weeks before the festival– people who no longer can go to Coachella will be desperate to resell their tickets. But the opposite could also hold– people without tickets are at the mercy of scalpers.

Whatever the case may be, according to SeatGeek you should buy your Coachella ticket 4-5 weeks after tickets sell out … which was about 2 weeks ago.