When the Military is Walmart 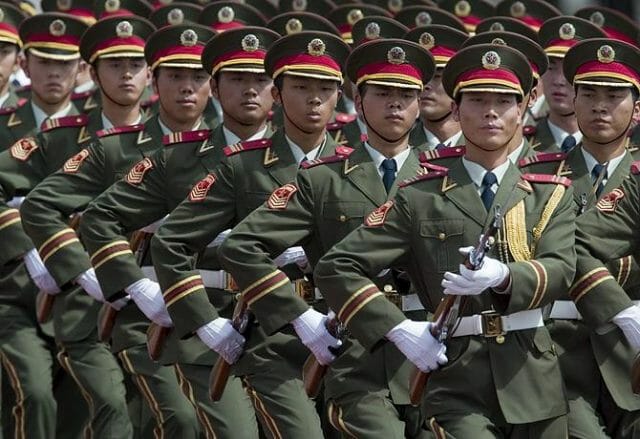 Given the megalomania associated with famous CEOs like Jack Welch and Steve Jobs, it’s comforting that they limit their battles to the boardroom rather than get Napoleonic with their ambitions. But in Egypt, businessmen from humble store managers to powerful executives conduct business on behalf of their ultimate employer: the Egyptian military.

Egypt’s armed forces operate mines, bake bread, build roads, manage supermarket chains, deal real estate, and have a hand in nearly every sector of the economy. A reporter from the French paper Le Monde once quipped:

“Should you seek an appointment with a manager of a sports club, a public swimming pool, poultry plant, sugar factory or any of the 29 provincial governors, ‘you will find yourself facing an aging officer who does not cease talking about his heroics against Israel.’”

While Egyptian law bans investigating the military’s business holdings for “national security” reasons, estimates of its size range from 5% to 40% of Egypt’s GDP, with most believing it lies between 25% and 40%. Robert Springborg, a professor of national security affairs at the Naval Postgraduate School in Monterey, describes the Egyptian military as “a business conglomerate, like General Electric.” The head of Egypt’s military may not spend all his time managing business affairs, but he’s responsible for far more corporate holdings than any other Egyptian.

The Egyptian Republic of Retired Generals, as one Egypt expert dubbed the country, is not unique. Militaries control an economic empire in state-dominated military dictatorships like North Korea and Burma, and they engage in major business dealings in countries including China, Pakistan, Indonesia, Russia, and much of Central America.

Although military business can touch the heights of corrupt wheeling and dealing, the practice has mundane origins. Just as some monks brew and sell ale to fund their monasteries’ activities, soldiers have long farmed or ran factories to fund military budgets. Leaders liked the practice as they could maintain armies without overtaxing the populace.

But they don’t like when the army focuses more on the profit motive than military prowess. By 1998, the People’s Liberation Army of China operated an estimated 15,000 companies worth $10 billion of annual business. President Jiang Zemin demanded the military end its commercial interests to focus on becoming a modern fighting force. Nevertheless, analysts believe that the military and officers’ family members have retained control over companies like China’s Poly Group, a conglomerate that does everything from deal arms to run the world’s 3rd largest auction house.

Beyond a desire for budgetary self-sufficiency, several factors common to countries with economically mighty militaries help us understand how they developed.

The first is a belief in the competency and integrity of the military coupled with an ideology that calls for active state involvement in the economy. In other words, these countries common historical origins as emerging from a colonial past through communist or socialist, military-led revolutions.

To speak broadly, populations in countries breaking from a colonial past often associated capitalism and capitalists with exploitation and corruption. Nationalization brought countries’ largest industries under the control of the state and often — with the military heavily involved in the changing state — military managers.

In Egypt, for example, a group of army officers led the 1952 revolution that ousted the British-backed monarchy. Its leaders’ growing sense that the “old guard” could not be trusted led Gamal Abdel Nasser, the young, charismatic lieutenant colonel who became president, to place officers in leadership positions of state companies. The idea of Egypt’s military as the lone institution with the integrity to lead the country remains popular — a common defense for its role in commerce, government, and deposing former president Mohamed Morsi.

In China’s case, an analyst at India’s Institute for Defence Studies and Analyses notes that when Deng Xiaoping advanced China toward a market economy, the military was expected to play a role in its adoption as a “catalyst” and as an “inevitable part of China’s economic life.”

Countries may also involve the military in industry as a hiring scheme. When Israel and Egypt signed a peace agreement in 1979, Egypt suddenly no longer needed quite so massive an army. In 1981, President Mubarak created the National Services Projects Organization. Operated by the Ministry of Defense, it pushed the military directly into the production of civilian goods, employing large numbers of conscripts who were no longer needed during an era of peace. In part to reduce Egypt’s 13% unemployment rate, almost every male Egyptian still serves mandatory military service, during which “for the last six months of their conscripted service, conscripts identified as lacking basic skills are given full-time vocational training emphasizing skills convertible to civilian employment.”

The Root of all Evil

Concentrating giant piles of cash in the hands of a few can have a corrupting influence. Adding guns, tanks, and a monopoly on violence to the mix doesn’t help either.

Self-sufficient militaries may offer tax relief to their citizens, but they also eliminate a major check on military power: power of the purse. It’s not always easy for civilian leaders to exercise control over the men in control of the country’s guns. The ability to cut their salaries or the funding that pays for those guns is an important control that’s lost when generals control lucrative businesses.

Commercial interests can distract militaries from their primary role — the fear that led Chinese leaders to demand that the People’s Liberation Army go out of business and focus on modernizing the armed forces.

Military business impairs the development of private enterprise. Whether its legal or not, as state enterprises, military-owned companies often enjoy tax breaks, legally-imposed monopolies, easier access to credit, favorable legislation, and cheap access to government land or conscript labor. The potential for corruption and kickbacks is high, and what the government doesn’t provide, the military can take. In Burma, for example, the military doesn’t allow chickens through checkpoints in parts of the country in order to keep prices high for its own battery chicken farming businesses. And since retired officers with a few months of business training are often poor managers, some military-owned businesses operate at a loss while crowding out potentially profitable private enterprises.

Military businesses are also a source of patronage. Former president Hosni Mubarak often retired military officers early and named them governors or executives to ensure their loyalty. This could benefit countries where civilian governments struggle to tame politically active militaries. But it also ensures the army’s loyalty in monitoring and oppressing populations on behalf of fearful autocrats, all while establishing a privileged class based on loyalty rather than initiative.

By far the largest danger of militaries’ commercial empires are the political interests they engender. This is especially relevant in Egypt. One reading of the 2011 revolution is that the military — nervous about the privatization wave pushed by president Mubarak’s son Gamal and the possibility that Mubarak was grooming his son for the presidency — took advantage of popular protests to oust Mubarak.

The risk of the military losing its business empire is also widely viewed as a reason that the military, now in charge of a “transition to democracy,” will not allow a new civilian government to demilitarize the state or hold meaningful oversight over the military. In a very concrete example of the military’s political and economic heft, when the Egyptian government sought a loan from the International Monetary Fund, which would require privatization reforms, the military lent the country’s central bank $1 billion to prevent the loan.

The relationship between civilian leaders and populations with their armed forces can be fraught. In many countries, that relationship can’t be understood without appreciating the military’s extensive economic might. It just doesn’t seem like a great idea for the military to be Walmart.