When the U.S. Almost Nuked the Moon 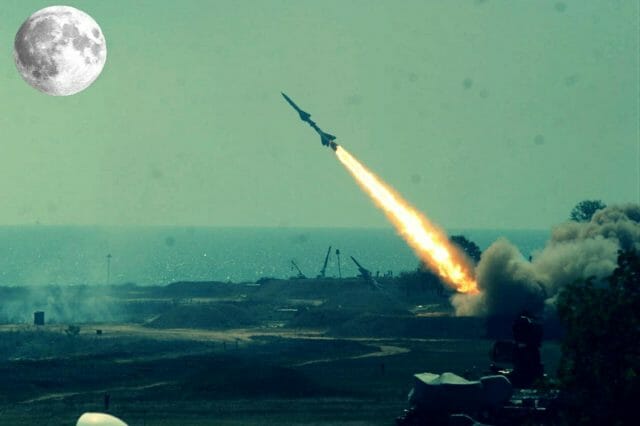 In the thralls of the Cold War, the United States and the USSR battled for supremacy in the space exploration arena. Shortly after the Soviets struck first in 1957 with the successful launch of Sputnik I, the United States passed the National Aeronautics and Space Act, and NASA began operation.

At the same time, the two countries were embroiled in a fervent nuclear race. With the development of the first nuclear warheads in the early 1940s, the United States sparked the “Atomic Age” and subsequently spent somewhere north of $8.75 trillion to produce 70,000 nuclear missiles. By the early 1950s, an air of nuclear optimism pervaded the U.S. In the same regard that the nuclear bomb had rendered all other explosives obsolete, the nuclear power plant would one-up coal, oil, and other sources of energy. At the Nevada Test Site (the U.S Department of Energy’s primary nuclear bomb testing ground) thousands gathered in folding chairs to watch atomic detonations.

Following a Post-Hiroshima rhetoric, America’s citizens were ready for nuclear technology to be utilized in positive, productive ways. Then, the U.S. Government put a top-secret plan in place to nuke the Moon.

As far back as 1949, Chicago’s Armour Research Institute (known as the IIT Research Institute today) had studied the effects of nuclear explosions on the environment and atmosphere. In 1958, the program was approached by the United States Air Force and asked to determine the hypothetical consequences of a nuclear explosion on the Moon. Sensing that national morale was low after the Soviets launched Sputnik, the U.S. government coined a plan: they’d nuke the Moon, causing an explosion so big that it’d be visible from Earth. They hoped the explosion would not only boost the confidence and approval of Americans, but serve as a show of power to the Soviets.

Led by renowned physicist Leonard Reiffel, a ten-person research team was formed under a rather auspicious project title: “A Study of Lunar Research Flights” (or, “Project A-119”). Immediately, the team began studying “the potential visibility of the explosion, benefits to science, and implications for the lunar surface.” An essential element to ensuring that the explosion would be seen from Earth was determining the mathematical projection of the expansion of the resulting dust cloud in space; Carl Sagan, a young doctoral student at the time, was brought in to help find an answer. 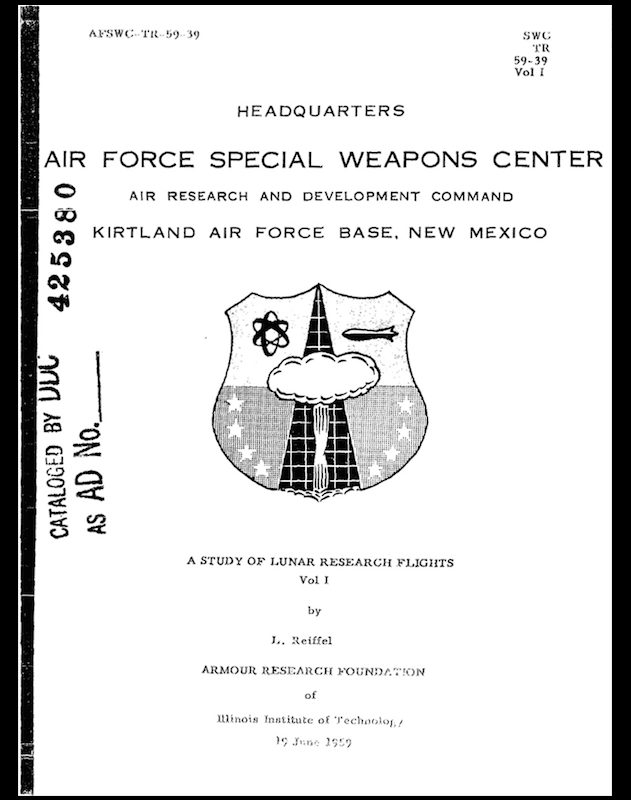 Cover of ‘A Study of Lunar Research Flights’ — Volume I

Scientists initially wanted to use a hydrogen bomb, but it would prove to be too heavy for a missile to propel, and the team “settled” on a W25 warhead — a small, lighter bomb. At 1.7 kiloton-yield (a nuke’s measure of energy output), the W25 would also produce a much smaller explosion than Hiroshima’s Little Boy bomb, which had a yield in the vicinity of 15 kilotons. Ultimately, the team put a plan in place: the bomb would be launched toward the dark side of the Moon, would detonate on impact, and would create a dust cloud that would be lit by the Sun, making it visible from Earth.

But a few concerns lingered. Researchers and government officials feared that the public wouldn’t react favorably — would it truly be a morale boost? The stakes were also high: should the missile-launched bomb miss its target, it might return to Earth and detonate. Lastly, Reiffel, the lead scientist, had high hopes for future Moon colonization; a nuclear fallout could have grave implications on this, and could  clutter the natural radioactivities of the moon with additional radioactivity from the Earth. Ultimately, in January 1959, the project was abandoned.

It was subsequently revealed that the Soviets were planning a Moon explosion of their own. Merely dubbed “E-4,” their plan was part of a series of initiatives to assert dominance in the lunar landscape and display force. Like the American plan, it was called off due to safety concerns.

Years later, in a CNN interview, an 85-year-old Reiffel revealed some shocking details of the mission that had never come to light. According to Reiffel, “The motivation for such a detonation [was] clearly threefold: scientific, military and political,” and wasn’t merely intended to boost American morale.

Rather, Project A119 had sought to provide information “concerning the capability of nuclear weapons for space warfare.” At the time, says Reiffel, “there was discussion of the moon as military high ground,” and the United States was interested in getting there first. Military plans included setting up nuclear launch sites on the Moon so that, in the event that the Soviets attacked the United States’ homefront, “we could launch warheads from the Moon.” Reiffel elaborates on the project’s main motivation:

“People were worried very much by Sputnik and the very great accomplishments of the Soviet Union in those days, and in comparison, the United States was feared to be looking puny. So this was a concept to sort of reassure people that the United States could maintain a mutually-assured deterrence, and therefore avoid any huge conflagration on the Earth.”

In the mid-60s, the project’s files disappeared from the Pentagon, and the government made every effort to conceal the mission — even after Carl Sagan accidentally revealed top secret information in a job interview years later.

“These are horrendous concepts,” Reiffel admits, “and they are hopefully going to remain in the realm of science fiction for the rest of eternity.”

If you thought this story was crazy, you’ll love our book → Everything Is Bullshit.