When Your Women’s Empowerment Group is Actually a Pyramid Scheme 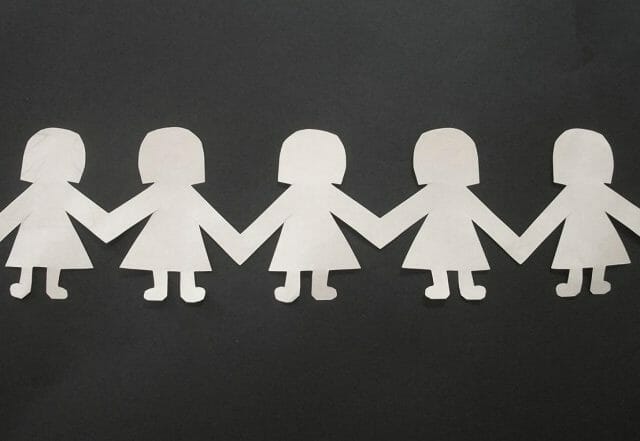 Some groups that call themselves “gifting circles” are actually endless chains

A group of 12 young people gather in the basement of a community center in Oakland, California. They’re here for a Gift Circle: Over the next few hours they’re going to ask each other for things they want or need, or give each other items or services, without the expectation of direct reciprocity. It’s kind of like finding or giving away free things, or volunteers, on websites like Craigslist or Free Cycle. But it’s an actual, in-person social institution.

The circle’s facilitator and founder, Eva Orbuch, is a 26-year-old community organizer. Orbuch discovered gift circles when she was an undergrad, and wrote her honors thesis in Urban Studies on the subject. She believes that Gift Circles hold the potential to catalyze positive social change towards a more economically robust, community oriented society.

Today, gift circles exist in a variety of cultures and communities across the country. But this particular circle is mostly comprised of Orbuch’s network — college-educated 20 to 30 somethings, living in the San Francisco Bay Area. Many of them are new to the circle which means that first, everyone needs to introduce themselves. As they go around the circle, each person says whether they have past experience with gift economies. The annual Burning Man art festival comes up a lot, as gifting is one of the event’s main principles, and participants are forbidden from cash exchanges.

Then, one woman introduces herself and mentions that she’s currently trying to leave what she calls a “money gifting circle.”

The tone of the room shifts suddenly. A few people in the room nod, or hum knowingly. Orbuch looks at the woman with wide, solemn eyes. “That isn’t a good thing,” she says. “I’m glad you’re getting out. Let’s talk afterwards.”

The introductions continue, then the gift circle gets under way. Afterwards, Orbuch and the woman talk. It turns out that  “money gifting circle” is an old fashioned pyramid scheme, with the twist of having adopted a lot of the same new age rhetoric as a gift economy.

The Difference Between a Gift Circle and a Gifting Circle 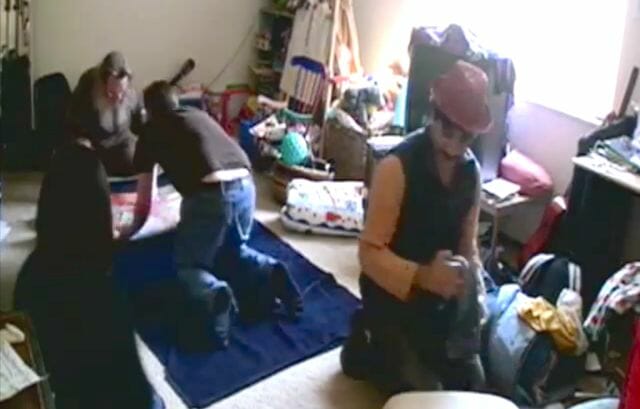 This is how a Gift Circle works: First, a group of people get together. The meeting may or may not be open to the public, the people may or may not know each other well. At Orbuch’s gift circle in Berkeley, they went around introducing themselves, and then around again in the circle declaring their wants and needs. Then, people in the group volunteer to help fulfill those wants and needs, and offer anything else they’ve come prepared to give. People ask for anything from a new pair of black dance pants, to a haircut, to advice, guidance and conversation about how to find meaning in their work. People offer things like musical instruments, programming lessons, massages, cookware they don’t have room for in their kitchen.

Gift circles help people save money and waste fewer resources. This is part of what Orbuch means when she talks about “changing our relationship to abundance.” Instead of everybody in a neighborhood owning their own power drill, a block can share one. Instead of throwing out half of the tomatoes from your backyard garden when they all ripen at once, your neighbors can eat them.

Gift circles also build relationships within local communities, as people learn to assist each other. And it helps people at the fringes of the mainstream economy feel effective. According to Orbuch, many people give in gift circles because, “it empowers them to think of themselves as valuable resources for others, which they may not feel in other realms of their life.”

That’s gift circles. On the other hand, we have gifting schemes, which are sometimes erroneously called gifting circles. This is how a gifting scheme works, as a lawyer characterized them in her blog:

“Here is an idea: You give me some money. By giving me some money you will be entitled to ask others to join our group. Eventually, there is a chance you will receive money. Sound about right? No? Okay, how about I form a sister empowerment group that shares abundance. We focus on fulfilling our deepest selves through gifting love (and cash) toward the center of our lotus circle and someday, after you gather more women together, with lightness and invigorating clarity, you might blossom into the center and receive the abundance.  Sound better?”

Diagram of “The Airplane Game” — a flight-themed pyramid scheme.

If this sounds like a pyramid scheme to you, that’s because it is one. A lot of people have been suckered into it by persuasive friends and really clever branding. Another good comparison would be to pyramid selling, or multi-level marketing — like Herbalife, Nuskin — except without any actual product to sell.

Gifting schemes go by a wide variety of decent-sounding names names — Women’s Integrity Group, Women Helping Women, Women Empowering Women, Circle of Friends, Wisdom Circles — and get wrapped in rhetoric of positive thinking and empowerment. As one woman told a North Bay paper, she got involved in her gifting scheme by talking to a friend: “The topic of abundance came up, and my friend touted [the scheme] as this amazing parallel economy.”

The Trouble with Pyramid Schemes 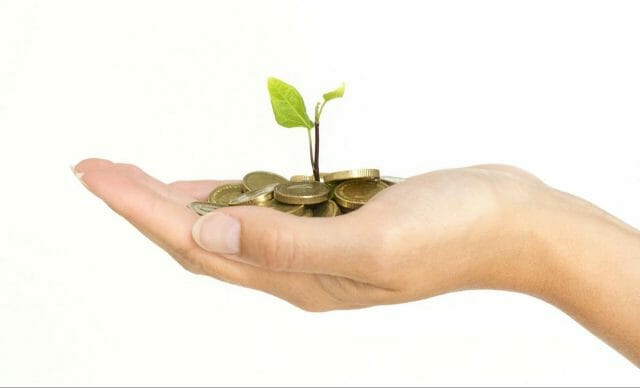 This is not how money works. Source: Pictures of Money

The problem, of course, is that all the branding in the world can’t trump some pretty damning math: these groups grow exponentially, and quickly run out of new people. And the scheme is only profitable while new people are coming in. The way the math works out, whenever a scheme putters out, at least 88% of the people involved end up losing money. Because most people involved in a scheme were convinced to join by their friends, this ends up tearing communities apart. And because pyramid schemes like this are illegal — known in the penal code as “endless chain propositions” — and they’re often busted by law enforcement. Many of the people involved go to jail.

In order to stave off collapse or getting busted, gifting schemes develop a culture of secrecy, and encourage social isolation from those who don’t “believe in” the scheme, thus tearing apart other friendships. From an article in The Bohemian:

“’They made me feel less evolved for wanting to drop out,’” Jordan explains. Now, good friends still entrenched in ‘circle culture’ won’t return her calls.

Robert Fitzpatrick, the author of False Profits, a book on the psychology of pyramid schemes, has been investigating this identical scheme under many different names for several decades. He says the schemes presentation gets customized to different cultures at different times. The different names are pretty telling: In Arizona, among Latin American immigrants, it was called “La Familia.” In the Bronx, among middle class African Americans, it was called “the Corporate Ladder.” Amongst housewives in Connecticut, it’s been called “the Original Dinner Party.” He got interested in the study of these schemes in the 1980s after extricating himself from one in Florida called the “Airplane Game.” All of these schemes involved a four tier pyramid, a $5,000 buy-in, and a $40,000 pay-off, exactly the same as the present-day gifting circle.

The Battle of the Circles 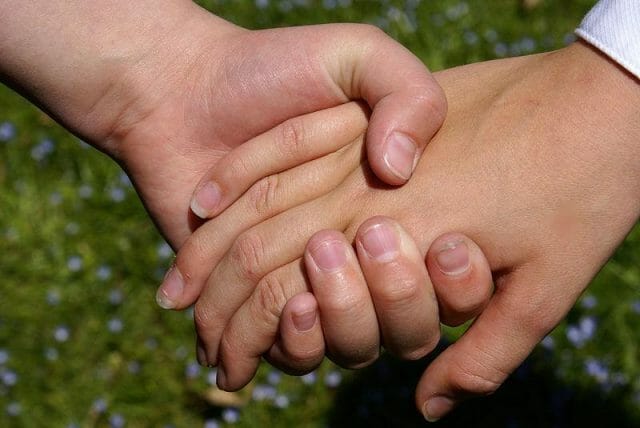 A big part of the appeal of a gifting scheme is the community it offers. Photo: Elizabeth Ann Colette

Gift circles and gifting schemes actually seem to have several things in common, besides their names and mythos. At least in the short term, the fulfill the same basic needs: like gift circles, gifting schemes both provide a sense of economic efficacy and security, and a sense of community. When economic planner Amber Bieg was first invited to join a gifting scheme, a woman told her, “I know where you can get the money and the sisterhood you’ve been craving.”

The woman might not have known, but of course her promise was total bullshit. Bieg quickly realized she was unlikely to get any money out of joining the scheme, and if she did it would only be by growing the pyramid, and swindling at least 88% of an exponentially growing community of women. A community that was then meeting weekly to discuss empowerment, esteem building, and dream manifestation, but was unlikely to stick together after collectively losing hundreds of thousands of dollars.

“These things are quite insidious because they capitalize on a community of trust love and exploit it for a fraud,” Fitzpatrick says. “It’s not some guy with dark glasses and a gold chain who walks in to town and offers you this deal. It’s your brother in law, your neighbor, somebody at your church. They’re not trying to harm you.” 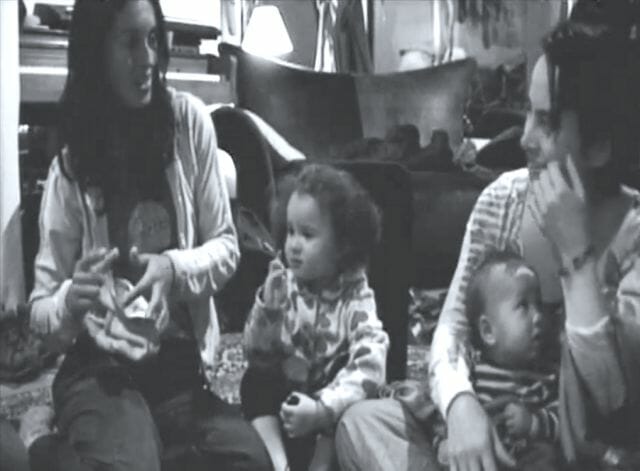 Members of a gift circle, not a pyramid gifting scheme.

The people who start schemes like this, however, are not so well-intentioned. Fitzpatrick describes meeting one such gifting scheme ‘entrepreneur’: “He had been in it in another city. He knew how it worked. He also knew how much money could be made by people at the beginning. If you get in at the beginning you can repeat the process, you can pay other people to take positions in the scheme at your behalf. You don’t have to twist arms, you don’t push drugs, people beg you for it. This is easy, easy, easy money.”

By the time a scheme falls apart, the circles have grown so much that it’s hard to figure out who started them. Chances are that person is long-gone by then. Fitzpatrick says victims of gifting schemes are often duped into them out of fear that they won’t be able to survive in the mainstream economy. “When you have a lot of fear and insecurity you become a bit irrational,” he says. “That’s how a gifting scheme springs up in a community, and nobody really examines it. It looks like a much-needed opportunity.”

That means that the weaker individuals feel on a social and economical level, the more likely they are to fall into a gifting scheme. The stronger they feel, the less vulnerable they are. One way to easily make individuals feel stronger is to make them feel comfortable asking for help when they need it — that way this mysterious pyramid-shaped community no longer looks like such a godsend. And the victims have friends to turn to when they try to exit the scheme.

Thus, Orbuch has pointed out, one good answer to gifting schemes could be gift circles. You don’t need to pay each other money to support each other, she points out to the woman at her gift circle. Take away the money part and you’ve still got a great community, and, in most cases, a lot of non-monetary abundance.