Where People Spend the Most (and Least) on Rent in America 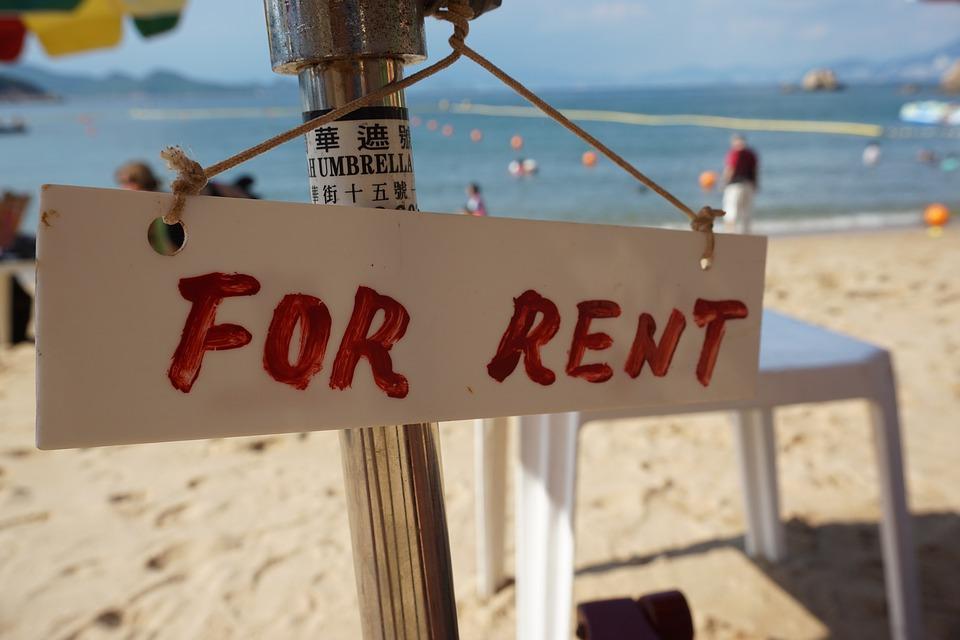 In an average lifetime, an American will spend about $1.6 million on the core essentials of survival: food, shelter, and transportation. The largest portion of that—nearly one-third—goes toward housing costs.

There is, of course, a wide variation in what Americans spend on this category. Generally, geography is a key contributing factor. Housing in a desirable coastal city can often run up to three to four times what it may cost for an even nicer dwelling in the Midwest. At the same times, incomes may be much higher in expensive cities, counter-intuitively making them more affordable.

In our new data study, we analyzed the anonymized data spanning three years from tens of thousands of verified loan applicants from Priceonomics customer Earnest to see how much people actually pay in rent across America. Unlike other studies that look at apartment listing prices to calculate rents, we are analyzing actually spending on rent versus actual verified income.

How much does rent fluctuate from state to state? Where are the most expensive (and most affordable) cities to be a renter? Where do Americans spend the highest and lowest percentage of their income on rent?

The State of Rent

Let’s start on a macro level. How do rent prices vary by state and region?

For this analysis, we chose to focus solely on rental spending, excluding both mortgage payers or those who reported living with their parents. We also chose to eliminate states with insufficient data (Alabama, Delaware, Mississippi, Nevada, Kentucky, and Rhode Island), which allowed for a more accurate analysis but may affect the outcome of some of the regional data below.

The users could live by themselves, have roommates, or have a rent-controlled apartment and this is how much they actually pay.

California tops the state list, with a median rent price of $1,901—$167 more than the runner-up, Hawaii ($1,734). New York came in 16th place, a reflection of a wide range of affordable cities in the state outside of New York City. On the other end of the spectrum, West Virginia is the cheapest state, with a median rent of $800.

Breaking this figures down regionally, it’s clear that rental markets in country’s coastal cities are significantly more expensive. This may also reflect income data; incomes also tend to be higher along the coasts—and in particular, cities such as New York City, San Francisco, and Los Angeles.

But these data points may not tell the full story. It’s not just the cost of rent, but the percentage of income it makes up.

The cost of living is lower in the Southern and Midwestern states, but residents there also make less money and are prone to spend higher percentages of their income on rent. In this data analysis, we also looked at the percentage of income residents of various states spend on rent. Note that these figures represent the percentage of pre-tax income.

Here, we see a slightly different story. South Dakota, which ranked 33rd when it came to actual dollars in rental cost, comes out on top as a percentage of earned income. The median rent came to 24.8% of a resident’s income. Some cities in South Dakota are currently facing a shortage of rental units, according to the Associated Press. North Dakota ranks 4th (20.9%).

How Much Does It Cost to Rent in Your City?

We also looked at city-level data.

For these lists, we chose to specifically focus on the 100 most populous American cities, as estimated by the U.S. Census Bureau. For accuracy, we filtered out cities with insufficient data.

Los Angeles, CA ranked surprisingly high in our data, topping the list with a median rent of $2,600. But not far behind were the more predictable metropolitan areas including San Jose ($2,502) and San Francisco ($2,333). Even Oakland ($1,868), considered to be a lower-cost alternative for Silicon Valley housing, ranked 11th.

One possible explanation for Los Angeles being more expensive than the Bay Area is if renters in Los Angeles are less likely to have roommates or a rent controlled apartment. Keep in mind, this is how much people actually pay per month, not how much available apartments rent for on rental listing sites.

Four of the top five cities here are in California—and 14 of 20 are in coastal cities in the West or Northeast.

But not to fret: America still has plenty of affordable cities to live in.

In Toledo, Ohio, rent is $550—less than one-fifth what it is in Los Angeles. In 12 of the biggest cities in the U.S., median rent is under $1,000. Arizona, with four cities in the top 20, has some particularly affordable metropolises.

Lastly, we looked at how self-reported education level and median rent prices stacked up. There seems to be a clear, though indirect, correlation between the degrees a person attains and how much they pay in rent.

Those with high school diplomas and Associate’s degrees hover around $1,000, and as education level progresses, the rent creeps up (Ph.D. graduates seem to be an exception).

In particular, those with specialized degrees have much higher median rent: dentists (DDS; $1,687) and doctors (MD; $2,023) “boast” rents that are nearly double that of Associate’s degree holders.

Whether you’re marooned in a coastal city, paying an arm and a leg for a 300-square-foot studio, or in a middle-American state, paying $800 for a 3-bedroom house, it’s easy to forget just how much rent can fluctuate from place to place. However, even in places with less expensive rents, lower incomes may make those locations unfordable.

However, as the data shows, any way you slice it, it's expensive to rent in Los Angeles.