Which Car Brands Have the Most (and Least) Loyal Owners? 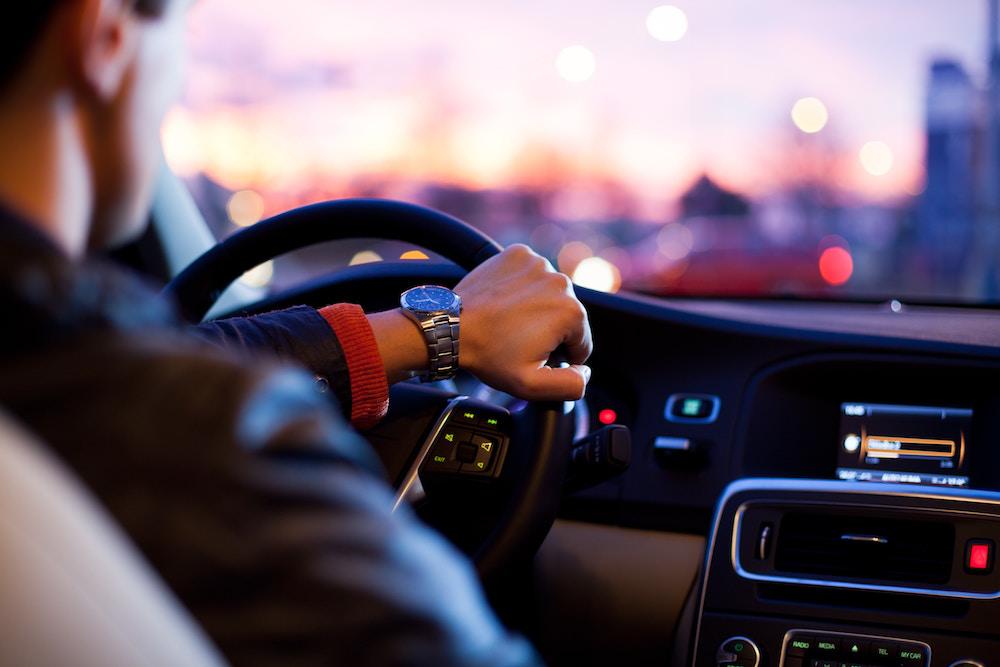 For many Americans, buying a car is one of the most important purchases in their lifetimes. And the features of a car can even reflect your personality: are you outdoorsy with an all-wheel-drive, an industrious worker with a large truck, or a speedster in a sports car?

How loyal are people to their brand of car? Perhaps you had a great experience with your car and you’ll buy that brand for the rest of your life. Or what if you care most about getting practicality and features, and would happily drive any brand?

We analyzed data from Priceonomics customer CarMax to answer the question of how loyal people are to their car brands. Using this data set, we explored which cars people own at trade-in and what they purchase as their next car. Do they stay with the same brand or not? Are people loyal to the same type of car they used to drive (i.e., do SUV owners keep buying SUVs or do they switch to sedans)?

And the type of vehicle with the most loyal purchasers? The SUV: 61 percent of CarMax SUV owners get another SUV, the largest margin for re-purchase of any vehicle type.

On average, people are not very loyal to their car brands. Among our customers who traded in a car, just 19.4 percent of them continue on with the same brand. The rest try something different. 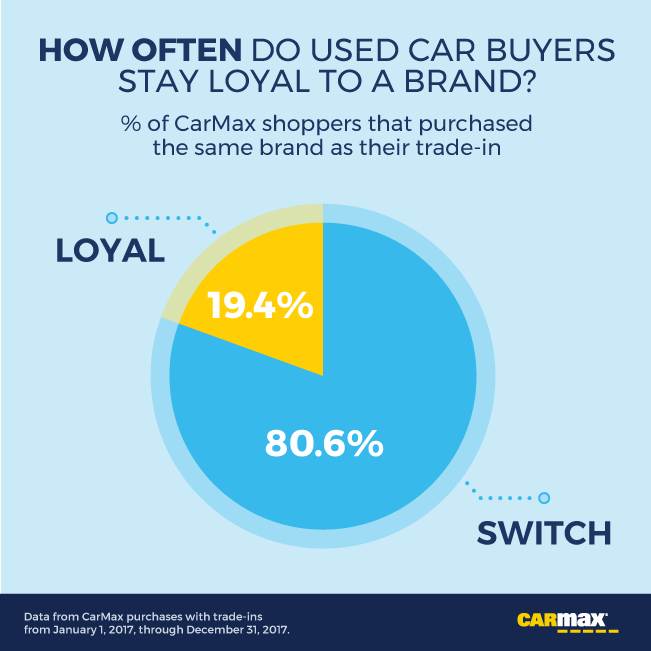 With that context in mind, the loyalty rate among different car brands can vary substantially. So which car manufacturers have the most loyal owners? The following chart shows the repurchase rate at CarMax of each major car brand. The list is ordered from brands with the most to least loyal followings. 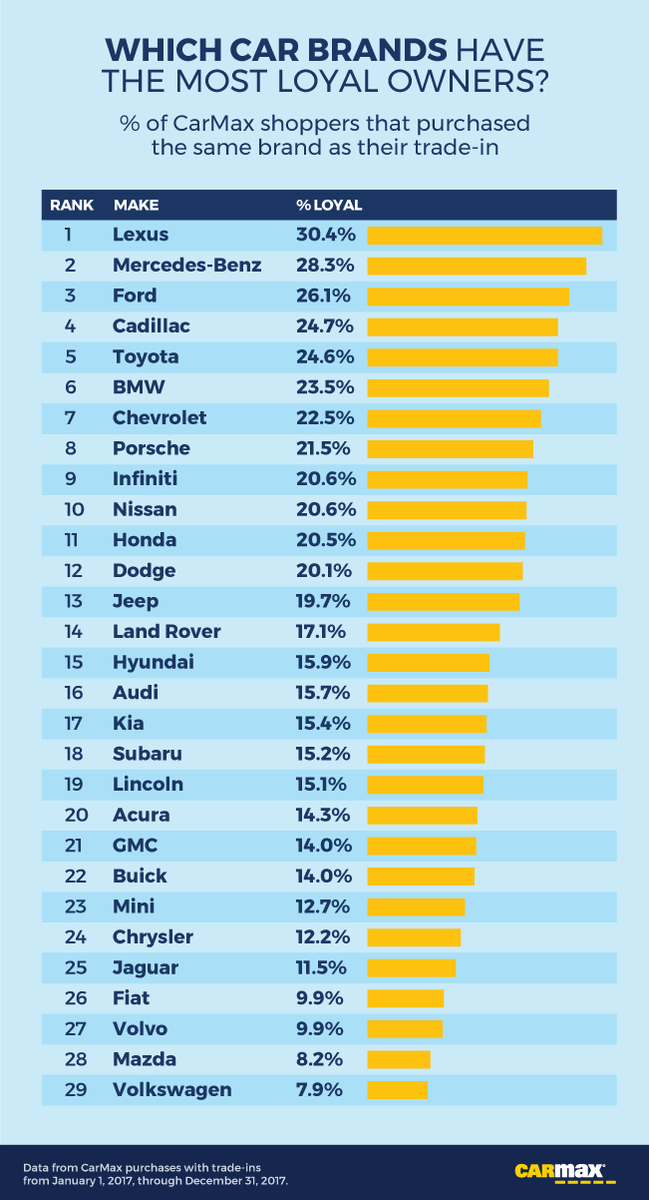 Lexus, a luxury brand perennially honored for its reliability and high customer satisfaction, takes the top spot with the most loyal owners. 30.4 percent of people that trade-in Lexuses at CarMax go on to choose another Lexus. In second place is Mercedes-Benz, a company also well known for its luxury vehicles and customer satisfaction.

Car loyalty isn’t just for owners of luxury automobiles. Toyota and Ford each make the top five in terms of repeat-buyers.

People may be loyal to their car brands to varying degrees, but how loyal are they to the particular car they drive? The following list shows the makes and models with the highest repurchase rate based on purchase/trade in data at CarMax from January 1, 2017 through December 31, 2017. 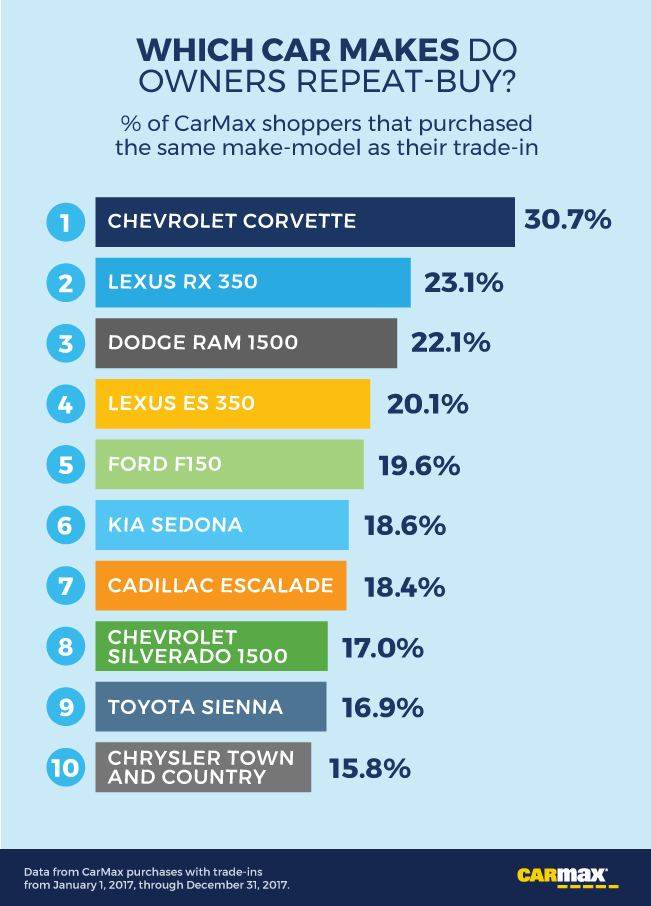 Given the opportunity to buy almost any car, 30.7 percent of Corvette owners go on to purchase another Corvette. Drivers are also loyal to SUVs from Lexus and Cadillac; trucks from Ford, Dodge, and Chevrolet; and minivans from Kia, Toyota, and Chrysler.

Lastly, we thought we’d look at vehicle type. If someone drives an SUV, sedan, truck, or another type of car, how loyal are they to continue to repurchase that type of car. The final chart shows the percentage of owners who are the most (and least) loyal to their type of car at CarMax from January 1, 2017 through December 31, 2017. 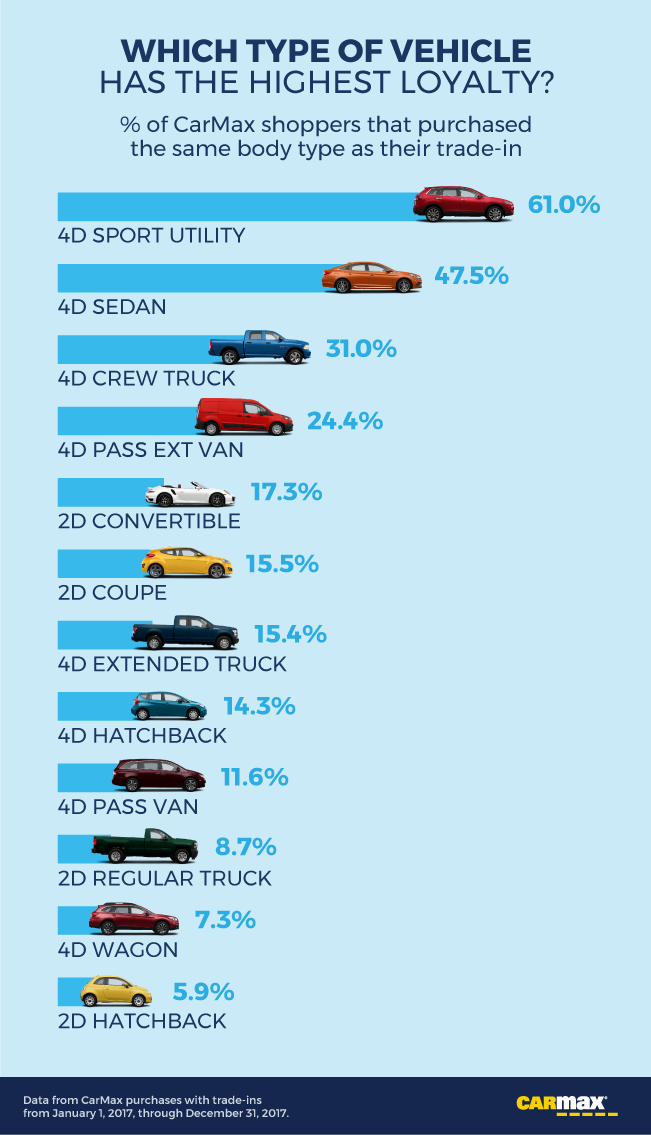 By a large margin, SUV owners are most likely to continue to buy the same style of car at CarMax; 61 percent are satisfied enough with that style of vehicle to get another. Sedans are the body type with the next-highest repurchase rate — 47.5 percent.

Americans may love their cars, but they also like switching cars. After trading in their old car, over 80% of CarMax buyers decide to try a new brand. However, customers who buy a Lexus and Mercedes-Benz are the most brand-loyal. And customers who drive Corvettes and SUVs are also likely to stick with that kind of car.