Which Car Color is Most Popular in Your State? 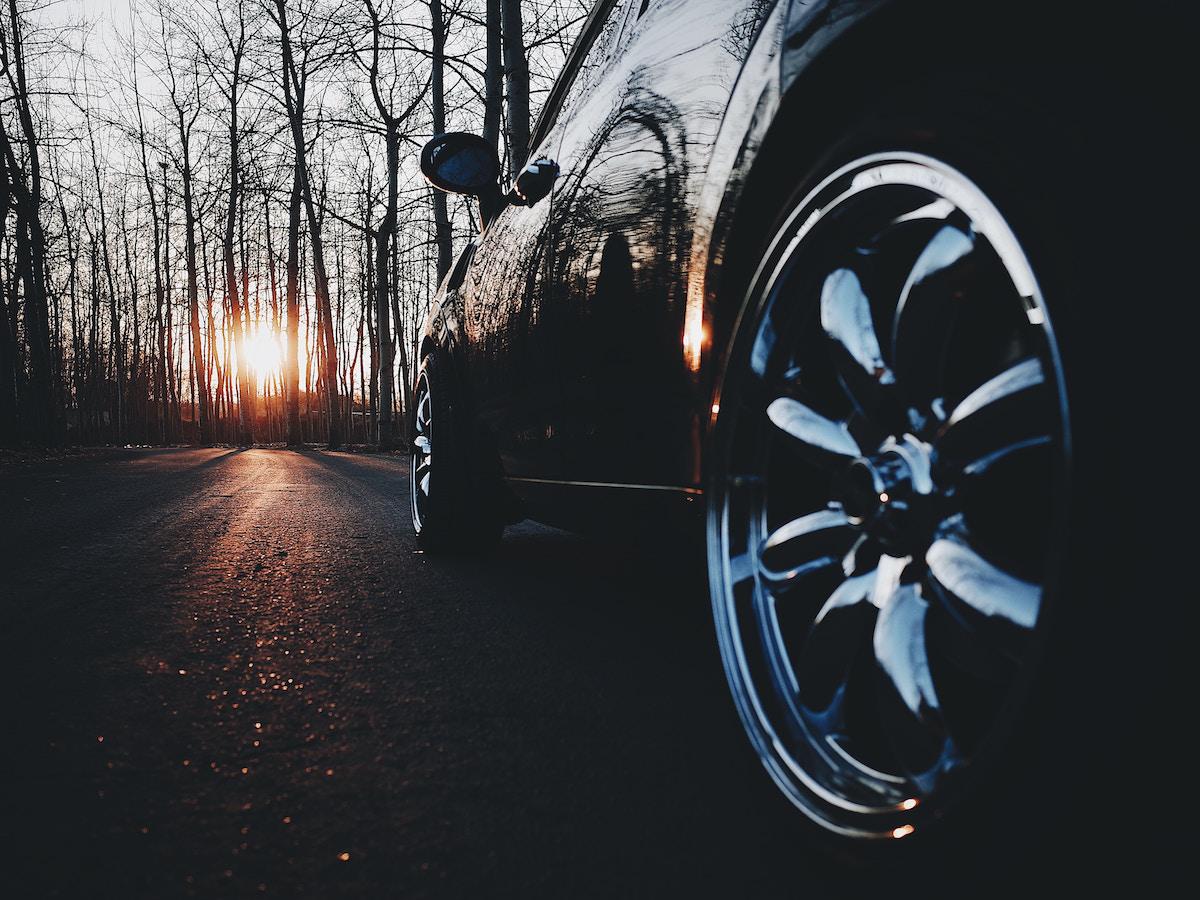 There are several ways you could decide on a car color. Do you look for a color that reflects your personality? Maybe you want a color that says, “Look at me!” Perhaps you like a certain color for your commuter car and another for your weekend pickup. Would you rather blend in with the crowd or stand out in a crowded parking lot?

No matter what your motivation is, when it comes to choosing the best color for your next car, you have a rainbow of options. Interestingly, the most popular colors aren’t associated with a typical rainbow. No offense to red, orange, yellow, green, blue, indigo, or violet, but most car buyers prefer neutral car colors, according to our data. In fact, if you’re looking for the best-selling colors, the answer is right here in black and white.

We found that nearly half of cars sold at CarMax nationwide from December 1, 2017, through November 30, 2018, were black or white. Add silver and gray, and Americans’ taste for middle-of-the-road colors becomes even more apparent. More than half of cars sold were black, white, silver, or gray.

Black was the top choice among CarMax buyers, with 22.25% of all sales. White was a close second, with 19.34% of sales. Gray (17.63%) and silver (14.64%) rounded out the top four most popular colors.1 The chart below shows the national best-selling vehicle colors at CarMax. 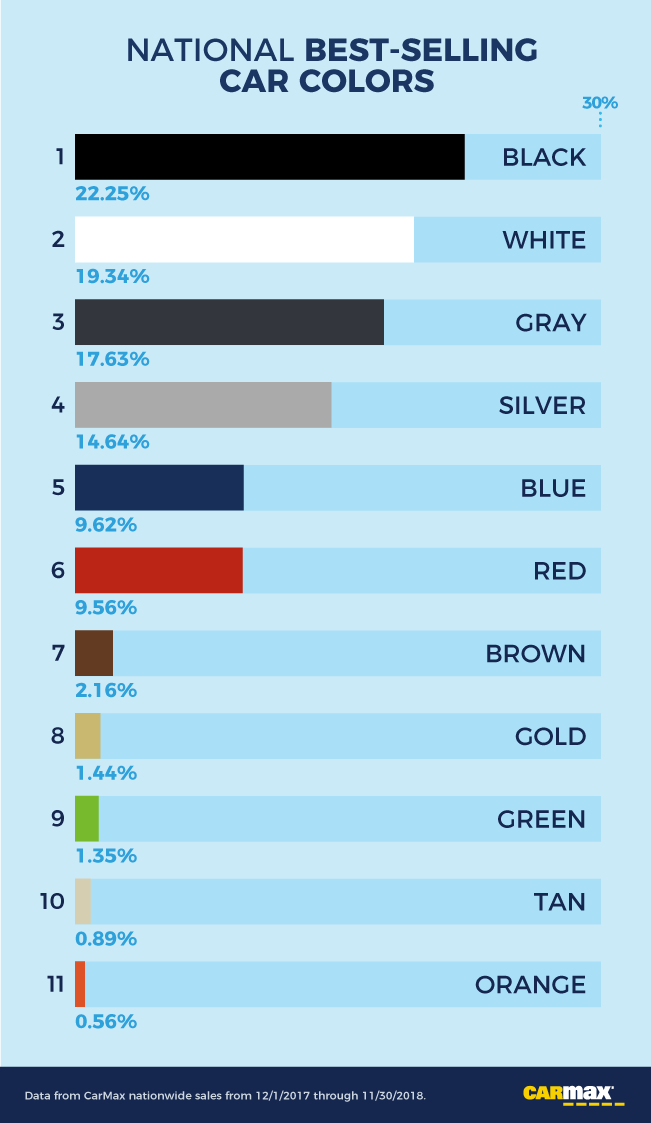 While black and white were the most popular car colors, we used our data to find out if other colors were more popular in certain vehicle body types. Consider sports cars, for instance. Surely the best-selling sports car color was candy apple red, right? Wrong. 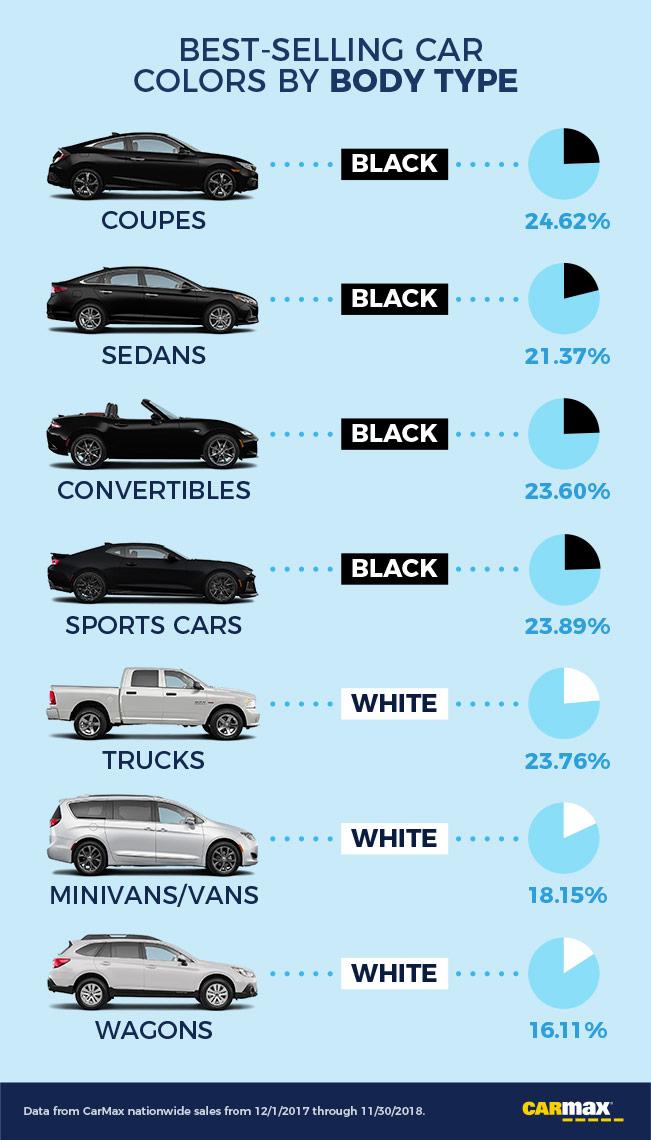 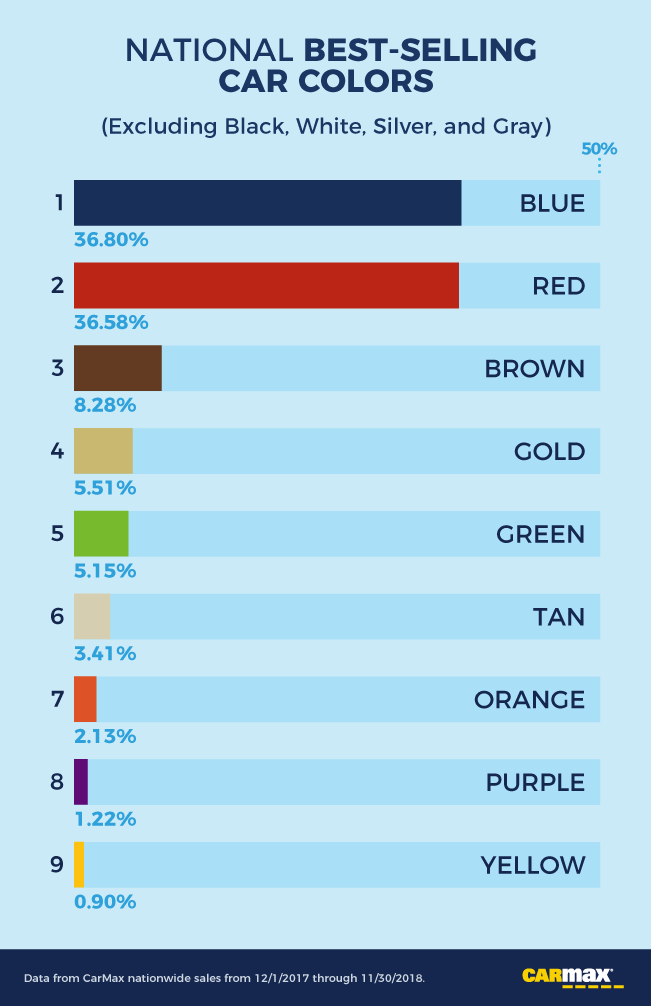 What are the best-selling cars by color? In other words, which vehicles had the highest percentage of sales in a specific color?

The chart below shows that 45.99% of Cadillac Escalades sold at CarMax were black, 54.75% of Ford Transit Connects were white, 32.51% of Subaru WRX were blue, and 33.66% of Mazda MX-5 Miatas were red. Yellow was the least popular color purchased by CarMax customers, with the Chevrolet Camaro as most popular in this category. The chart below shows the full list of the best-selling cars by color at CarMax.1

And, which state is literally going green? Idaho. The chart below shows the states where each car color is most popular based on our nationwide sales data.1