Which Cars Cost the Most (and Least) to Maintain As They Get Old? 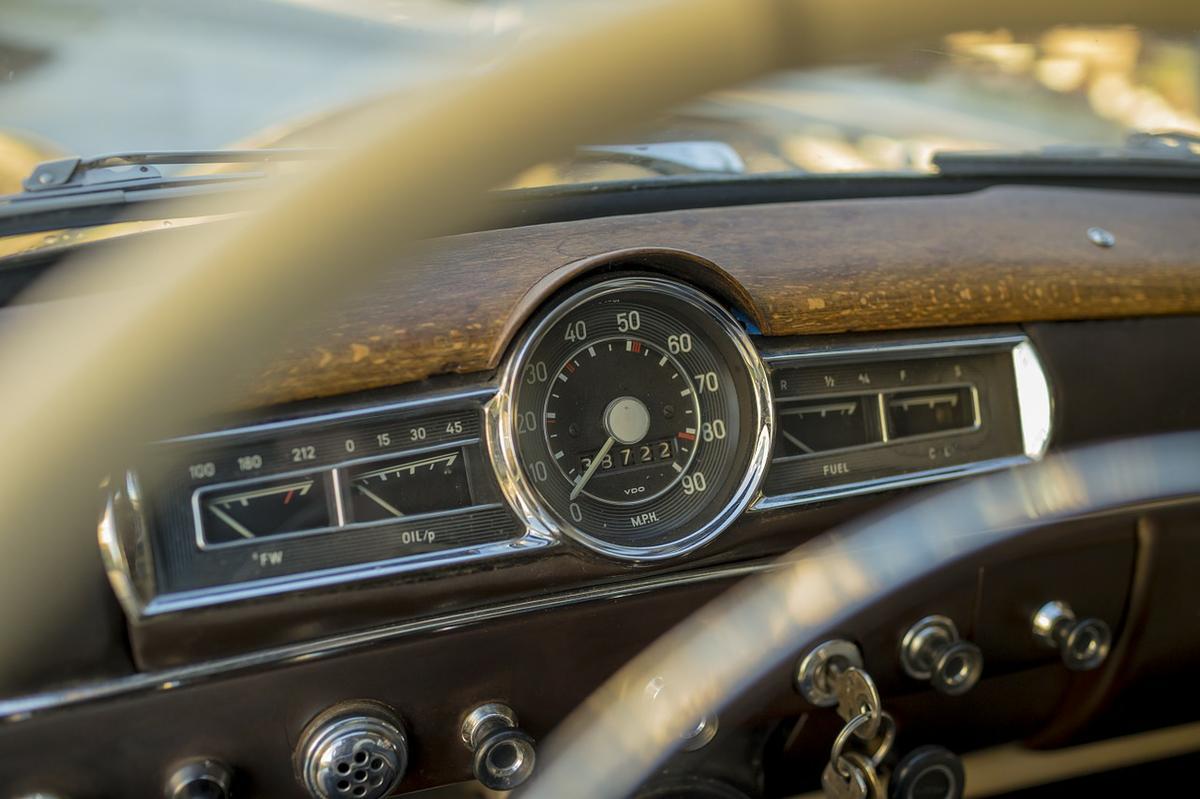 The average American depends on a car for 37 miles of transportation per day. Commuters spend around one hour in their car every day. Long commutes can be a bummer, but breaking down is worse.

We wanted to know which cars can go the distance and which will leave drivers stranded on the side of the road. So we teamed up with YourMechanic, a Priceonomics customer that has a dataset that includes the make, model, and mileage of the cars it has serviced.

Previously, we used this data to explore how cars hold up as they age. For this article, we examined how cars stand up to usage. In other words, which cars have the least maintenance costs as the miles add up? We also looked at which types of maintenance become more common with increased mileage. 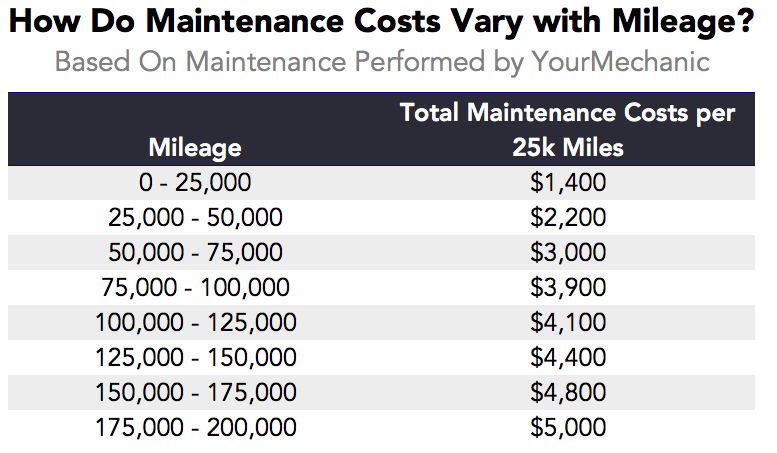 There are few surprises here. Low-end carmakers such as Hyundai and Kia rank as the least expensive. On the other hand, premium models, such as Mercedes-Benz and BMW, are the most expensive. For the first 75,000 miles, these high-end makes are about three times as expensive to maintain than the least expensive options. Maintaining high-performance vehicles isn’t cheap.

But which makes stayed inexpensive with high mileage? We grouped the data by make and compared maintenance costs across the first 150,000 miles traveled. 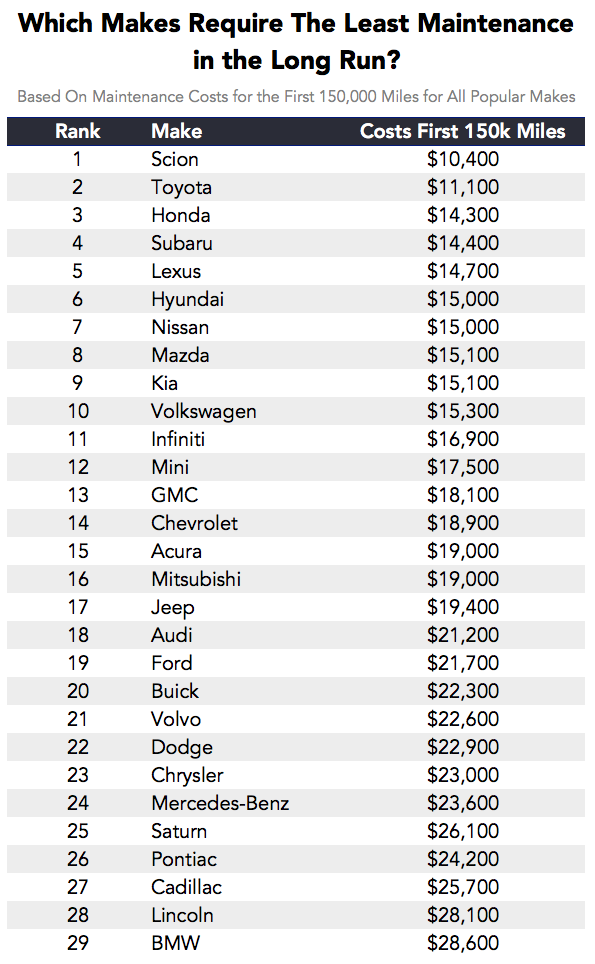 Cars that initially seem inexpensive don’t always remain a bargain. Low-end makes Hyundai and Kia require the least expensive maintenance for the first 75,000 miles, but drop to 6th and 9th place over 150,000 miles.

High-end makes such as Mercedes-Benz and BMW start out expensive (about $11,000 or more for the first 75,000 miles) and stay just about as expensive as mileage increases. Mid-range car brands are a mixed bag. Dodge drops from 16th to 22nd place due to maintenance costs rising with increased mileage, but Subaru moves from 5th place to 4th place. Subaru keep costs down even as miles accumulate.

Toyota (and its brand Scion) is the clear winner.

Toyota’s Prius, which costs only $2,800 in maintenance for the first 75,000 miles, is the clear winner. Nissan’s Versa and Chevrolet’s Tahoe also make strong showings. Overall, smaller cars from Honda, Hyundai, Nissan, and Toyota are quite inexpensive to maintain.

Toyota’s Prius is the least expensive model to maintain at both low and high mileages; maintenance costs a meager $6,700 over 150,000 miles. The next best option, Nissan’s Versa, which costs an average of $8,500 in maintenance over $150,000 miles, still costs owners over 25% more than the Prius does.

The other high performers are mainly coupes and sedans. Yet Toyota gets its SUV (Highlander) and truck (Tacoma) on the list.

Which issues are most likely to affect these maintenance costs? 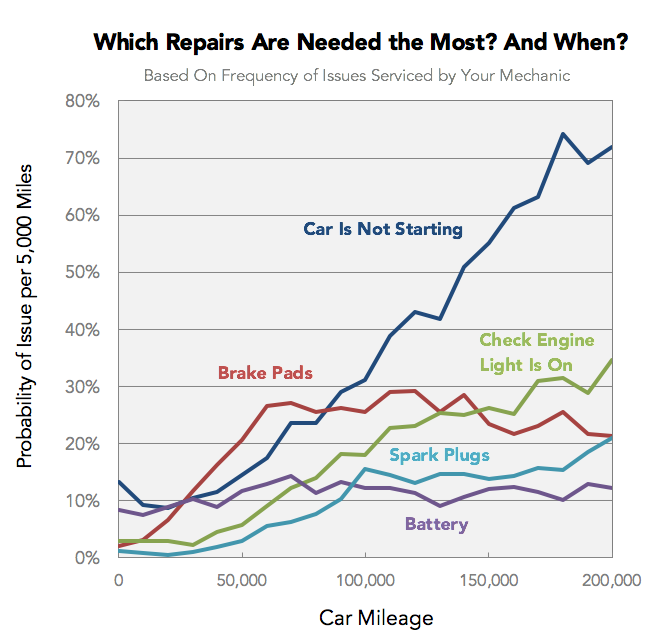 The most common issues are that the car won’t start or that the Check Engine Light is on. Brake pads, spark plugs, and batteries also require frequent repair.

Drivers need to check the engine light and deal with a car that refuses to start more often as their mileage increases. In contrast, problems with brake pads max out at 50,000 miles and spark plug issues max out at 100,000 miles. Drivers consistently deal with bad batteries for their car’s entire lifespan.

When buying a used car or maintaining a vehicle, consumers need to know which cars cost the least in maintenance as mileage increases. Factors like the state of the surrounding roads and owners' maintenance habits affect these costs too.

Still, our analysis is a good guide to which cars stand up best to heavy usage. Some particular brands and models—like Toyota and its Prius—stand out as handling wear and tear particularly well. But with every car, as the miles add up, the odds that it won't start at some point rise to 100%.