Which Companies Generate the Highest Revenue Per Employee? 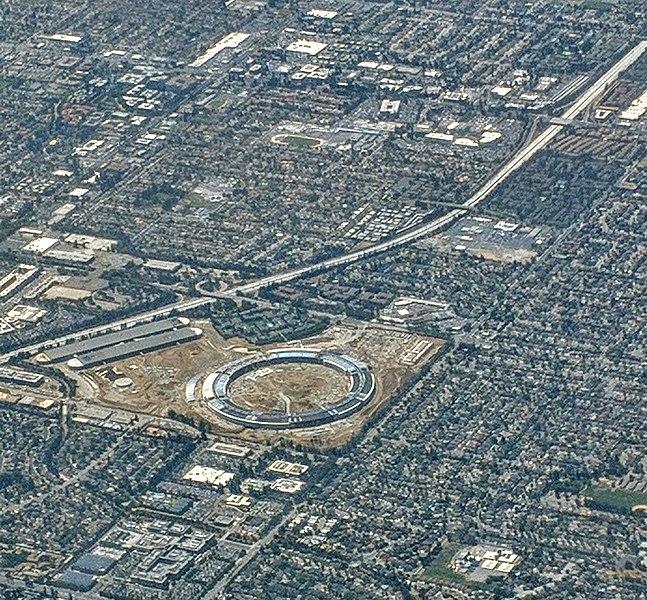 The table below shows the top 50 companies by Revenue Per Employee in 2017 in S&P 500, along with how they have moved in the rankings relative to last year’s analysis.

We specifically omitted the Real Estate sector, particularly real estate investment trusts (REIT). REIT make revenue from pooling investor money to purchase, rent, or sell real estate. At least 90% of taxable income must be distributed to shareholders. The comanies that we excluded from the list include Host Hotels & Resorts, which owns and operates mainly luxury hotels, and Welltower and HCP, which invest primarily in real estate serving the healthcare industry, including senior housing, assisted living, and medical office.

By grouping the companies into different sectors, we computed the average RPE for each sector to examine the relative labor-intensity of different industries. 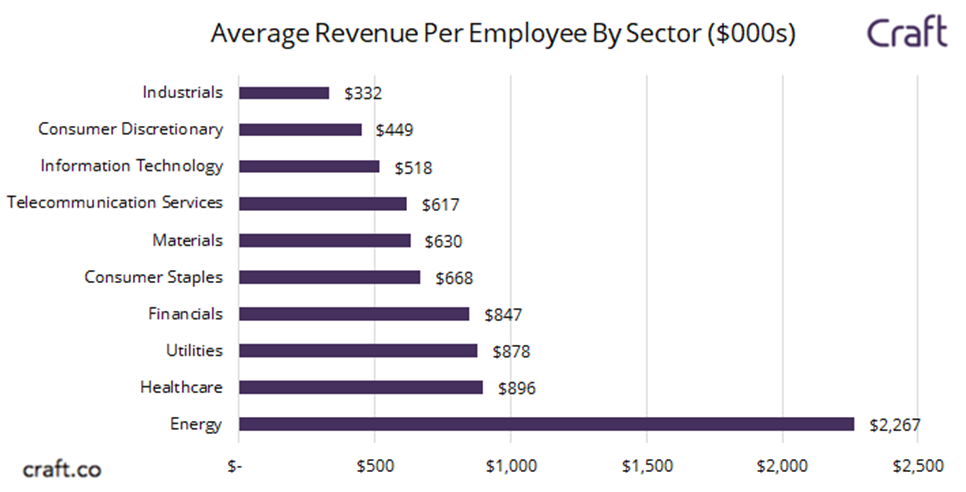 For Energy companies, the business is dependent more on natural resource and physical capital rather than human capital. As a result, they are able to generate revenue with less reliance on employees than other more labor-intensive sectors.

The table below shows the lowest 10 companies in the index ranked by PRE:

Hanesbrands, Accenture, Starbucks, Chipotle, Cognizant, and Darden Restaurants remained on the list of 10 lowest companies by RPE from last year.

We took a deeper look at why consulting companies such as Cognizant and Accenture have among the lowest revenue per employee. Accenture and Cognizant are IT consulting with 425,000 employees and 260,000 employees respectively. As both companies are IT providers and provide consulting services, they depend on large teams to deliver services. The two firms performance are strongly linked to how many consultants they have and how many engagements they book. At Accenture, the employee headcount grew by 12% from 2014-2017, while revenue increased 5%. A larger increase in hiring than revenue led to a decrease in RPE.

For Tech companies’, we looked at RPE and Compound Annual Growth Rate of Revenue and Employees between 2014-2017: 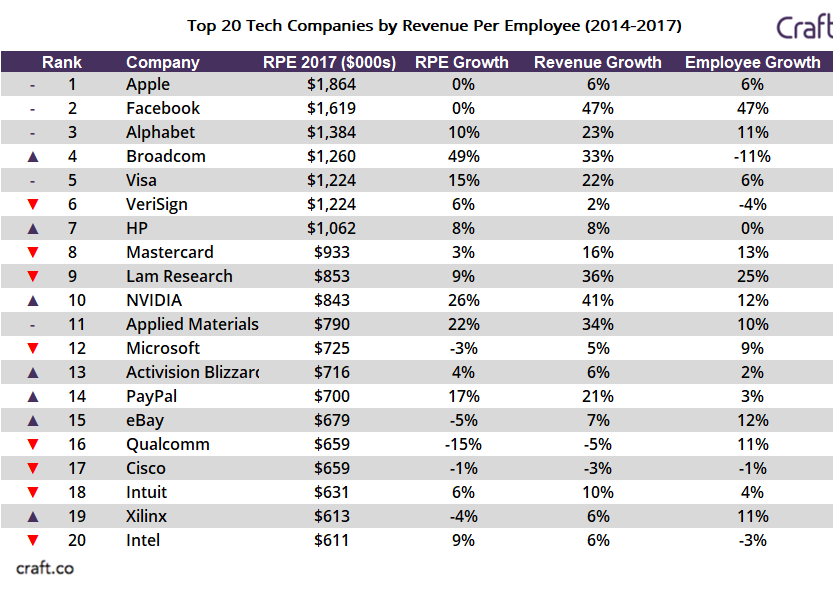 There is generally a growth in Revenue per Employee for Tech companies. Most companies on this list grew their revenue faster than employee headcount.