Which Startups Are Growing (and Shrinking) their Headcounts the Fastest? 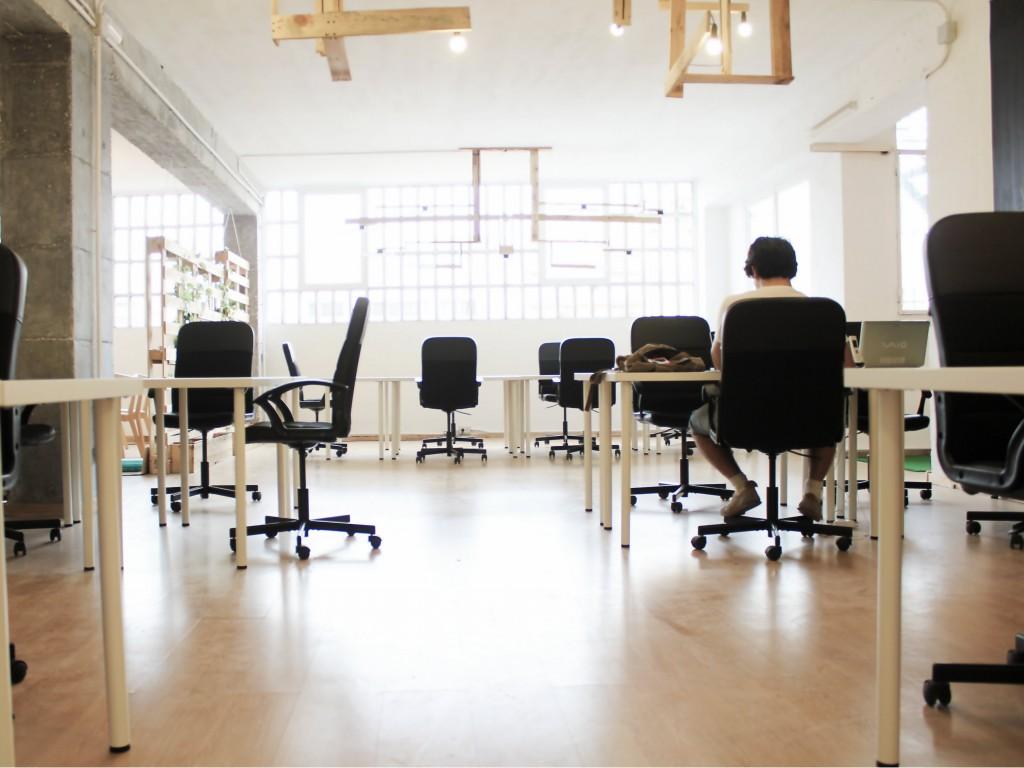 What can you learn by looking at the number of employees a startup has?

Headcount, is after all one of the few metrics about a startup that is publicly available. A company that’s rapidly growing its headcount could be succeeding spectacularly (or perhaps just burning through investor capital). And as for companies that are rapidly shrinking their headcounts via layoffs or employee attrition? Probably not a good sign.

To make this analysis tractable, we decided to look at the headcount of startups funded by Sequoia Capital, perhaps the premier venture capital firm in the world. Which Sequoia-funded companies are ramping up growth (as measured by by headcount) and which are shrinking?

Since being formed in 1972, the venture capital firm Sequoia Capital has invested in companies which command a combined $1.4 Trillion of aggregate stock market value - equivalent to 20% of the entire NASDAQ stock exchange. Focused on early and growth-stage technology companies, Sequoia’s investments in Apple, Google, Oracle, YouTube and Instagram, among others, have made it one of the most successful Venture Capital investors in the world.

Overall, the companies grew at an average 41% with median growth of 21%, with some companies growing much faster than this and others shrinking. 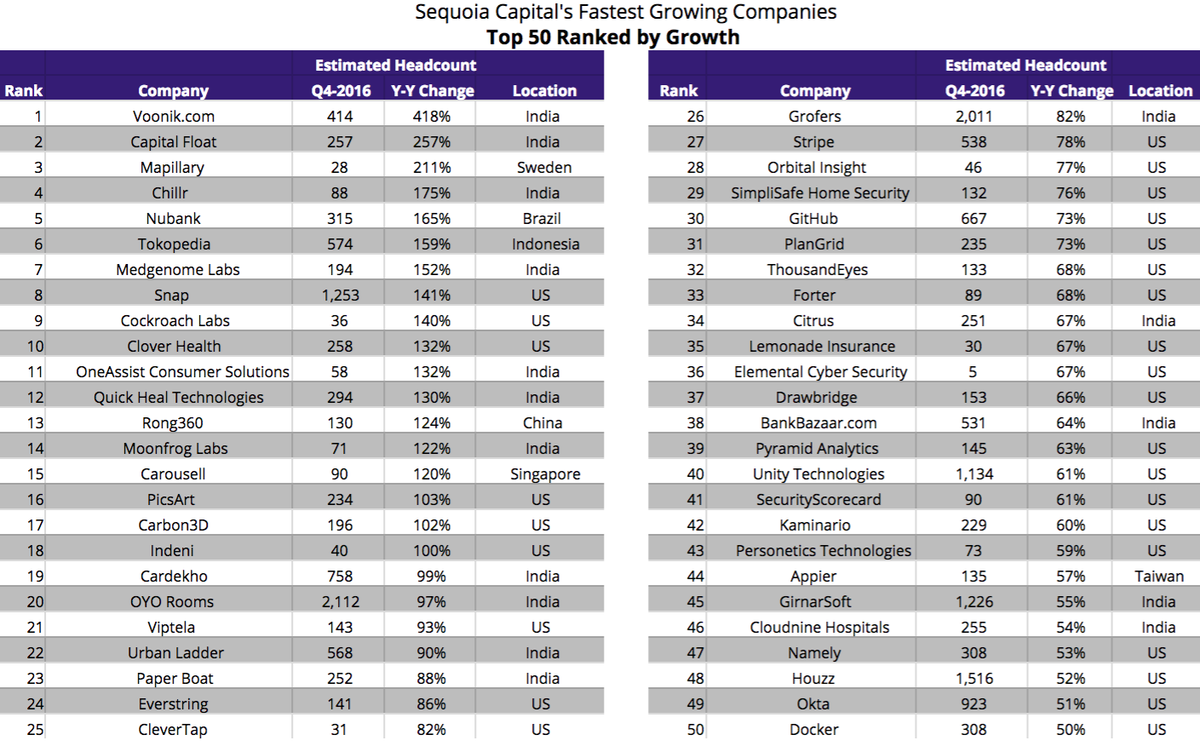 The fastest grower overall was Voonik, an Indian Fashion shopping app, which grew headcount at 418% from 80 to over 400 employees in the year. CapitalFloat, a working capital finance company also in India, grew second-fastest, at 257%.

Not all Sequoia-backed companies in our dataset grew in 2016, in fact, 32 companies reduced headcount. The table below shows the companies who appeared to lose the most employees in the year. 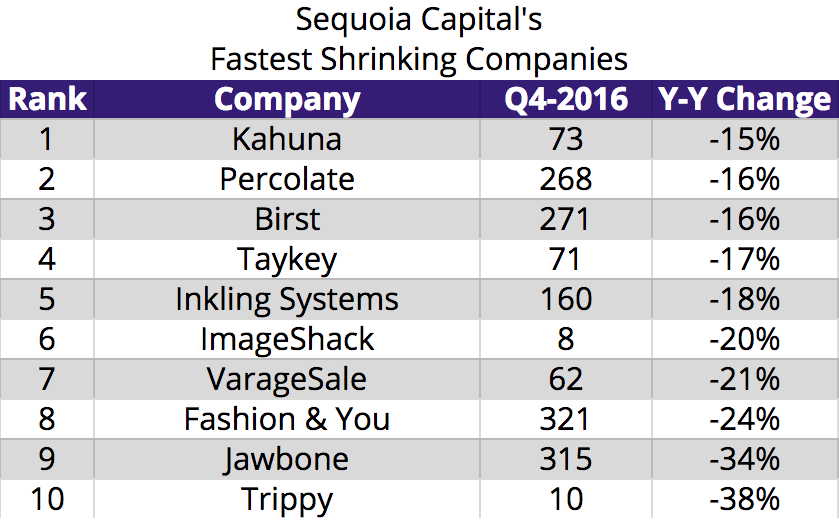 In this category, traveler community Trippy lost the most employees in % terms, while lifestyle devices and apps maker Jawbone reduced headcount by the largest absolute amount, dropping from approximately 480 to just over 300 employees during the year. 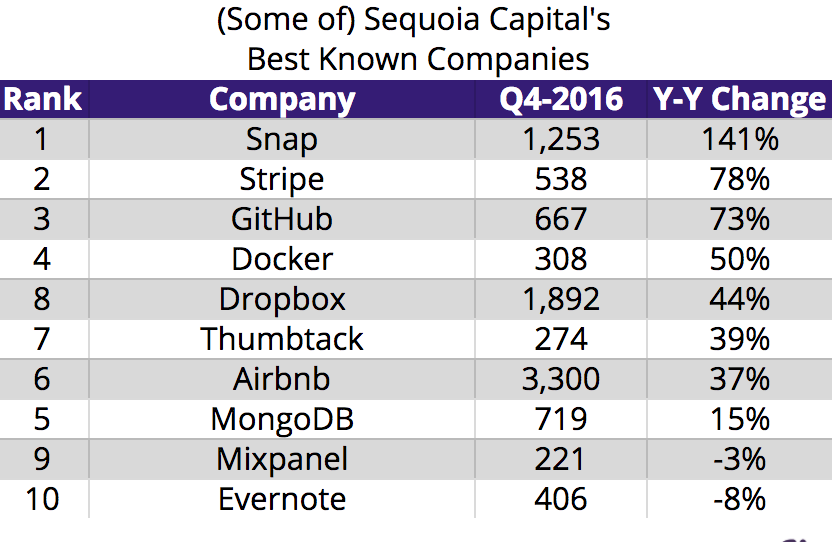 Highlighting some of Sequoia’s best-known companies, the fastest growing US company overall was Snap, growing at 141% in the year, followed by payments company Stripe and developer platform Github, which both grew their teams more than 70% in the past year.

Growing headcount of course isn't a surefire sign of success, but it's likely a positive signal. The company has either grown revenue or attracted enough investment so that they can expand. And if they expand too fast? They may end up on the list of companies shrinking their size.

This post is an excerpt from the blog of Craft, a Priceonomics Content Platform customer. View the entire report on Craft here.