Why Are Some Countries Good at Soccer? 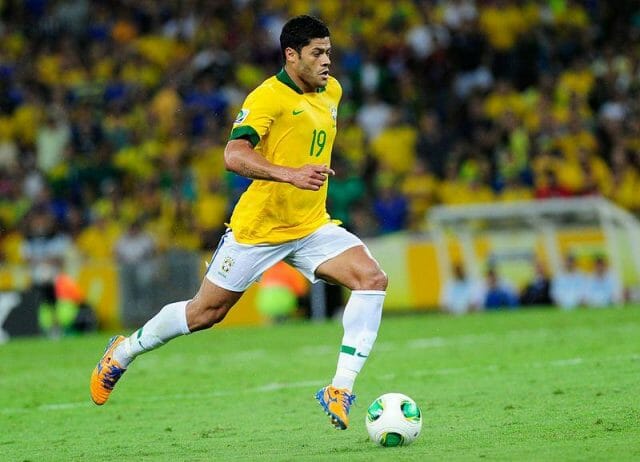 As America’s 2-1 victory over Ghana gives Americans reason to pay attention to the most popular sport on earth, they are being introduced to the style of play of each country, which is often seen as linked — rather whimsically at times, fairly stereotypically in others — to something in the country’s culture or history.

Germans have a workmanlike style of play that celebrates the unit over the individual. Brazilian futebol stars exhibit creative dribbling and shooting with the flair of a Carnival dancer. Just as Britain has not moved on from its Imperial past, David Winner, author of Those Feet: A Sensual History of British Soccer, writes, English soccer has not moved past the “traditional, failed bulldog, blood-and-thunder approach in a creaky old 4-4-2 formation.” One diagnosis of America’s soccer woes is a failure to establish its own identity beyond fitness, hustle, and what the former U.S. Women’s soccer coach Pia Sundhage (who hails from Sweden) describes as “the incredible energy that only Americans have.”

It seems a bit much to ascribe play on the pitch to national character or colonial history, yet it can appear (to this author’s amateur perspective at least) too apt to write off completely.

But when it comes to understanding the creative, skillful style of Brazilian greats like Pelé, Ronaldinho, and Neymar — the type of play that leads Brazilians to create specific terms like “folha seca” or “dry leaf” for “a shot that rises sharply and then dips behind the goalkeeper into the net” — a reassuringly unsubtle and concrete explanation presents itself: futebol de salao.

In futebol de salao, or hall soccer, 10 players face off on a small, indoor court. They also use a smaller ball that has roughly a quarter of the bounce that a regular soccer ball has. The result is that while youth soccer players elsewhere can succeed through strategies like long runs and may have only a dozen touches during a 40 minute match, in countries like Brazil where futebol de salao is extremely popular and played by every young player, those youths get many, many more touches and need to specialize in creative attacks and short, controlled passes to succeed.

Daniel Coyle, author of The Talent Code, a book with a very 10,000 hours type thesis, credits the popularity of hall soccer for shaping players like Ronaldinho. He writes:

Commentators love to talk about how “creative” Brazilian players are — but that’s not quite right. The truth is, they’ve been practicing that creativity for their entire lives.

When it comes to the 10,000 hour thesis, its applications are not kind to American soccer. In the Olympics, a country’s size and wealth predict its medal haul fairly well. In soccer, however, tiny, poor countries like Bosnia often field excellent teams. The system in which young players develop, and the way it influences their play like the Brazilians’ hallway soccer, helps explain why.

Current U.S. head coach Jurgen Klinsmann has cited the lack of soccer culture in the United States as an obstacle, saying that “One thing is certain: The American kids need hundreds and even thousands more hours to play.” FiveThirtyEight recently reviewed the work of Stefan Szymanski, author of Soccernomics, which found that the best predictor of a country’s success in the World Cup is the number of games the national team had played. According to Szymanski, this means the U.S. men’s national team not only has less experience, but it has missed out on adapting strategy from the rest of the world by playing significantly fewer games — the U.S. is still catching up from missing the World Cup from 1950 to 1990.

After all, the thesis of the 10,000 hour rule, as debated by psychologists, is not merely that masters need lots of practice, but that the type of practice matters. Klinsmann, the U.S. head coach, has placed increased emphasis on recruiting Americans who play in European leagues and face “the best competition in the world on a daily basis instead of only a few games every few years”, as is the case for MLS players on the World Cup team.

Similarly, aspects of the U.S. youth soccer system seems to keep young players from engaging in “deliberate practice” as much as their peers elsewhere. In America, young players compete in dozens and even hundreds of games every year — games that crowd out time that European youths spend practicing skills and fundamentals. “It’s counterproductive to learning,” John Hackworth, the former under-17 national team coach, tells the New York Times, “and the No. 1 worst thing we do.” And while foreign teams prioritize development by giving star players extra attention and allowing them to play with older and better players, the American focus on winning and the team keeps youth soccer in America from shaping future stars of the national team. (Something parents and young players may appreciate, but that won’t make America a soccer powerhouse.)

All eyes are on Brazil right now, with entire countries holding their breath as they pray for good fortune from the soccer gods. But at the same time, the results of the next World Cups are being decided on pitches across the world as young players compete, practice, and aspire to be the next national hero to lift up the World Cup trophy in triumph.