Why Did Airlines Eliminate Pre-Boarding for Families? 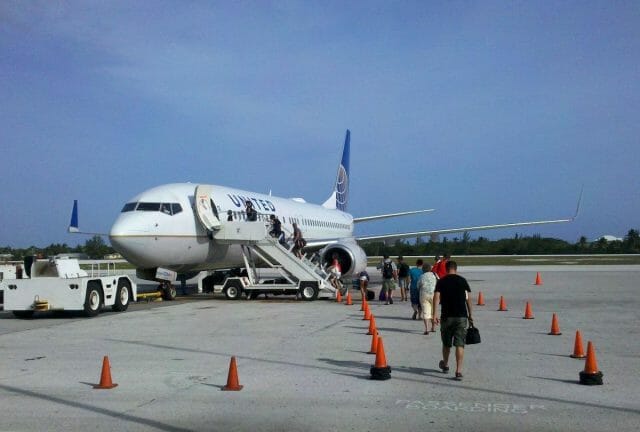 As this author and his wife recently discovered, traveling with kids is difficult. Prior to the arrival of our much-loved daughter eight months ago, traveling was a carefree exercise in minimalism. A carry-on backpack, some great books on the Kindle, and loads of movies on the iPad, and we were ready to jaunt around the world. Now, with a baby, travel is a different experience. In addition to the luggage of a third person (albeit a very tiny person who wears tiny clothes), you also need a car seat, stroller, travel crib, and copious amounts of diapering supplies.

For any traveler, one of the most stressful parts is the cattle-rush of boarding the airplane. Will you find space for your bag in the overhead compartment? Will you get hit in the head by someone’s suitcase or pushed aside in the mad dash for pre-assigned seats (or more accurately, for overhead storage space)? Carrying a precious baby in your hands makes the boarding process tremendously more stressful. Single parents traveling with kids who pull it off must be super-human.

Historically, airlines have taken pity on travelers with children and allowed them to pre-board the flight around the same time as travelers with disabilities, first class passengers, and elite frequent flyers. For parents, it’s very helpful for retaining your sanity as you juggle holding a baby, checking a stroller at the gate, stowing your luggage, and situating your child in a new environment. You also don’t hold up your fellow passengers who are waiting behind you in line.

But it seems that most major American airlines have recently abolished pre-boarding for families. On our recent flight, we learned that United Airlines no longer lets families board early; in 2012, the company got rid of pre-boarding for families entirely. According to a United spokesperson, the airline “figured it would be better to simplify that process and reduce the number of boarding groups.”

This isn’t exactly a satisfying reason for making the change, and parents were not happy when it was announced. Angela Holahan comments on the United website:

I think it’s inconsiderate for United Airlines to not allow parents with infants to pre-board. It is extremely stressful for both parents and babies to maneuver the aisles with passengers with their carry-on while holding an infant. My daughter traveled on the red eye from San Francisco with her baby who almost got smacked in the head by a passenger trying to put their suitcase into the overhead rack. I think this new policy is a terrible one. 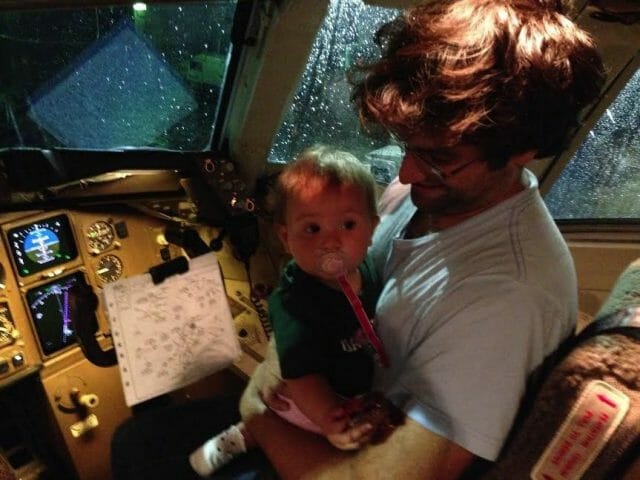 While United doesn’t allow pre-boarding for infants, they did allow my daughter to pretend like she was flying the plane during a rain delay.

So why did these airlines get rid of family pre-boarding? Was efficiency the reason? On one hand, getting rid of a pre-boarding group allows everyone to start boarding earlier. On the other hand, parents juggling car seats, strollers, and babies are still going to hold everyone up, no matter when they board. It might be basic human decency to let frazzled parents on the plane first, but it’s probably a wash as to which option is faster and more efficient.

So why have these airlines eliminated family pre-boarding? Well, it’s likely the same reason that they can trash your luggage, lose your reservation, subject you to crappy websites, and make you wait in long lines: It’s because they can. With the exception of business travelers, people overwhelmingly just choose the cheapest fare. We treat airline travel like a commodity, so airlines treat us like commodities too. Evan Konwiser, co-founder of FlightCaster, comments on Quora:

For most people, the answer is yes to all of those. However, [air travel] is generally bought as a commodity. People search for the lowest fares on their favorite site and choose based on non-differentiated things like time and price.

That is the conundrum of the industry — and why I like to call it a “differentiated commodity”. Some carriers through service have been able to create a more differentiated experience. Unfortunately for them, there’s still little evidence that it leads to higher revenue.

From an airline’s perspective, mistreating families who travel with kids doesn’t really affect its bottom line, because it’s unlikely to affect your purchasing behavior. If anything, it is beneficial because it makes pre-boarding more exclusive for business travelers who fly first class or have status in the airline’s loyalty programs. These travelers are the ones who are less price sensitive and whose needs airlines cater to. Everyone else will keep flying United, American, Delta, or whomever as long as the price is right.

So, what can parents who want to pre-board do? Many smaller airlines like Virgin, JetBlue, Southwest, Alaska Airlines and other smaller carriers still offer some version of pre-boarding for people traveling with kids. Almost all foreign airlines offer pre-boarding for families as well. But ultimately the question is whether parents with young children are willing to pay slightly more to fly an airline that lets them pre-board. If not, adorable babies are always going to be collateral damage in the fight for overhead space.