Why Do Companies Move Offices? 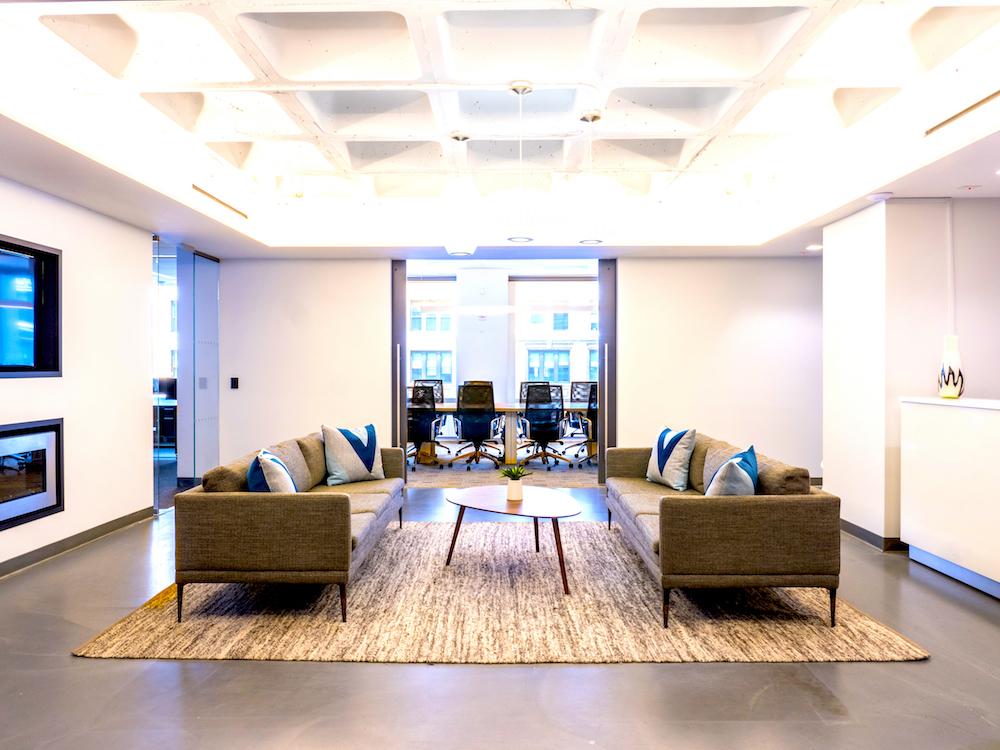 Moving offices can be both an exciting and terrifying experience. Looking at offices holds the promise of finding that perfect spot where your company can thrive. At the same time, finding an office can be a time-consuming process that can derail company progress because the team is focused on the logistics of the move.

How often do companies actually move offices and what are their motivations? We analyzes survey data from Priceonomics customer Knotel, a company that helps businesses  find, design, and operate  office spaces. The survey questioned executives about why they moved, what were the most important factors, and what were the payoffs and downsides.

We found that the most common reason companies moved was because of high growth necessitating a new space. What was the downside of moving? 95% of companies said the move created some level of distraction and more than half of companies experienced a loss of productivity. The biggest upside of moving? Improved company morale because of the new improved office space.

Before diving further into the results, it’s worth spending a moment on the methodology of the survey. This fall, we surveyed 170 executives that worked at mid-sized companies (50-500 employees) in the 25 largest urban areas in the United States on the topic of moving offices. Questions ranged from details about searching for space, to selection criteria and the impact of the move. 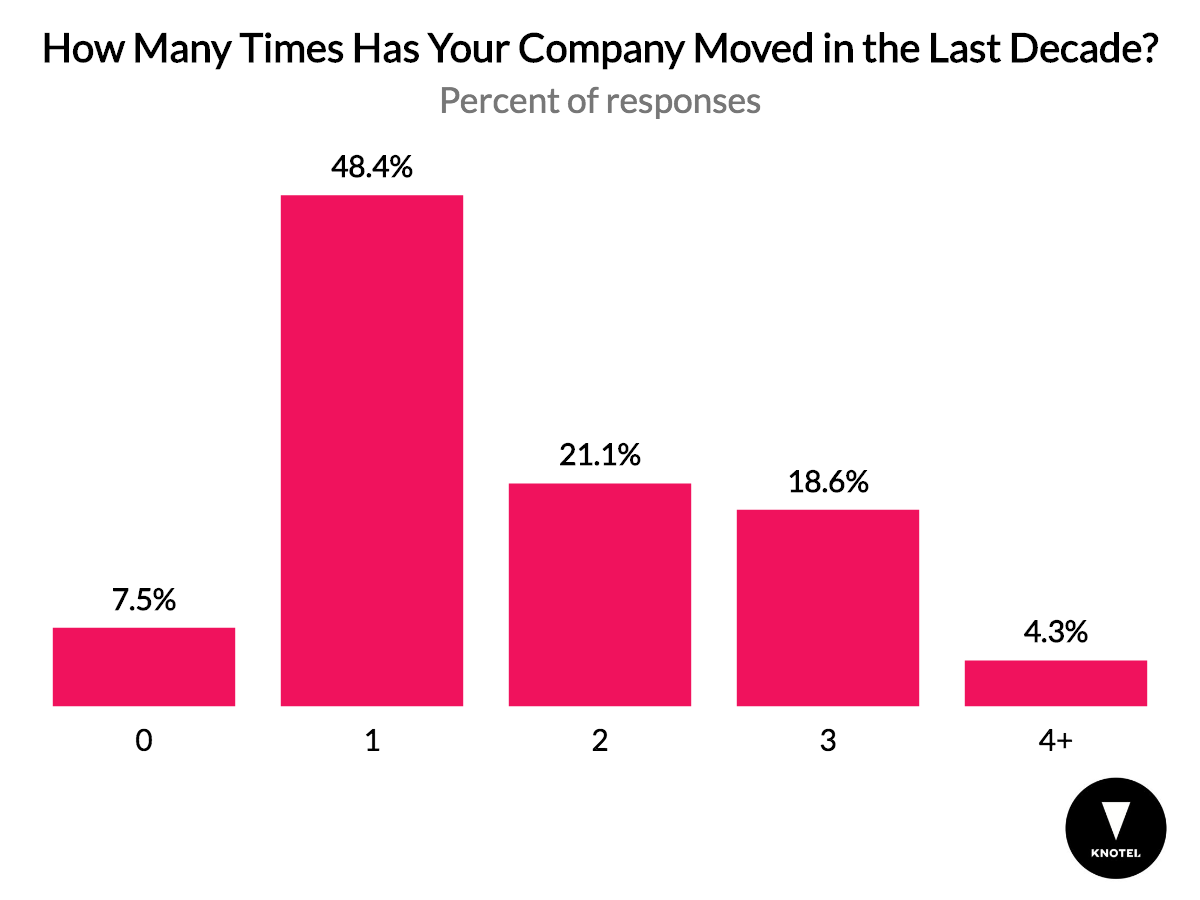 Why do companies switch offices? By a significant margin, the number one reason for initiating an office move is company growth. 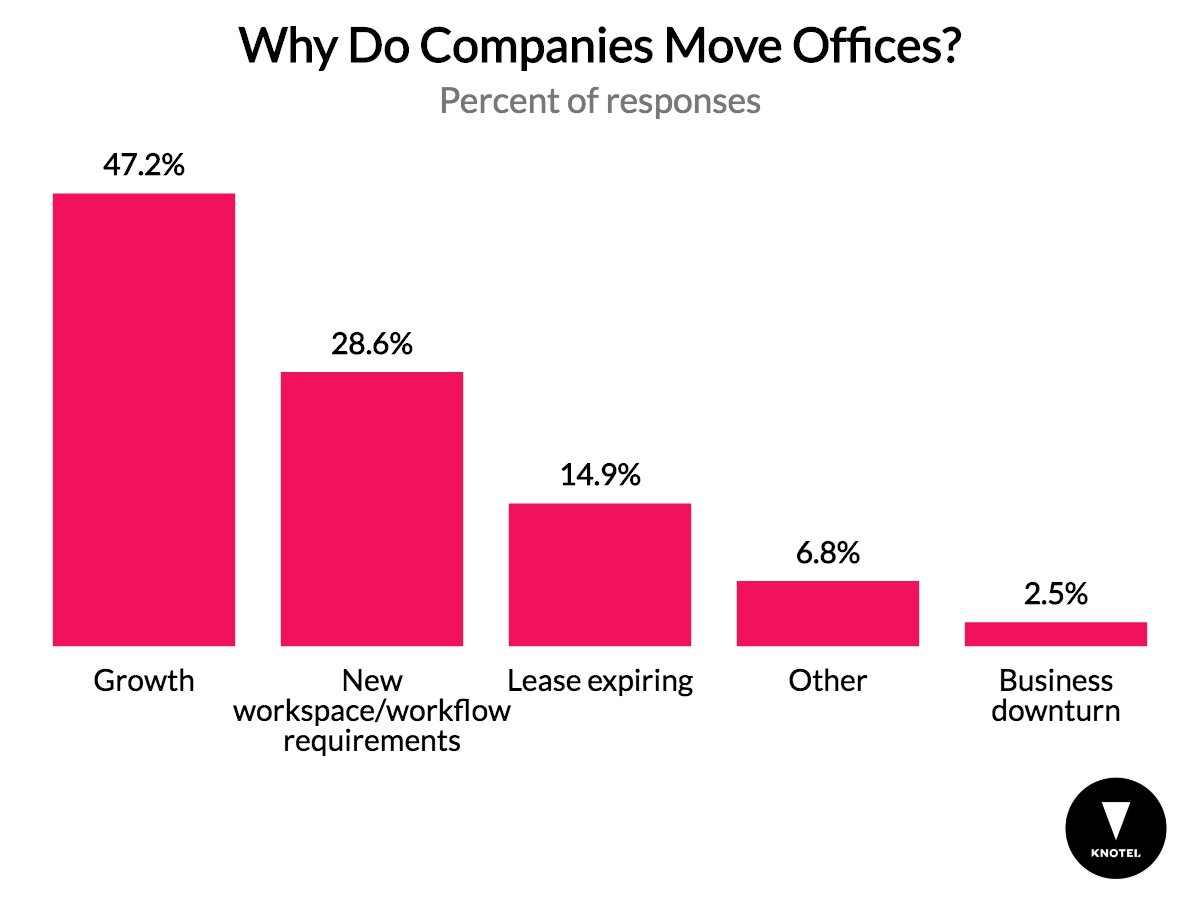 The second most common reason for moving is the company needs a different space due to new work requirements. Notably, only 14.9% of companies move simply because their lease is expiring and only 2.5% of companies move in response to a downturn in business.

Companies are typically locked into long-term leases. More than half of respondents had leases of greater than five years. 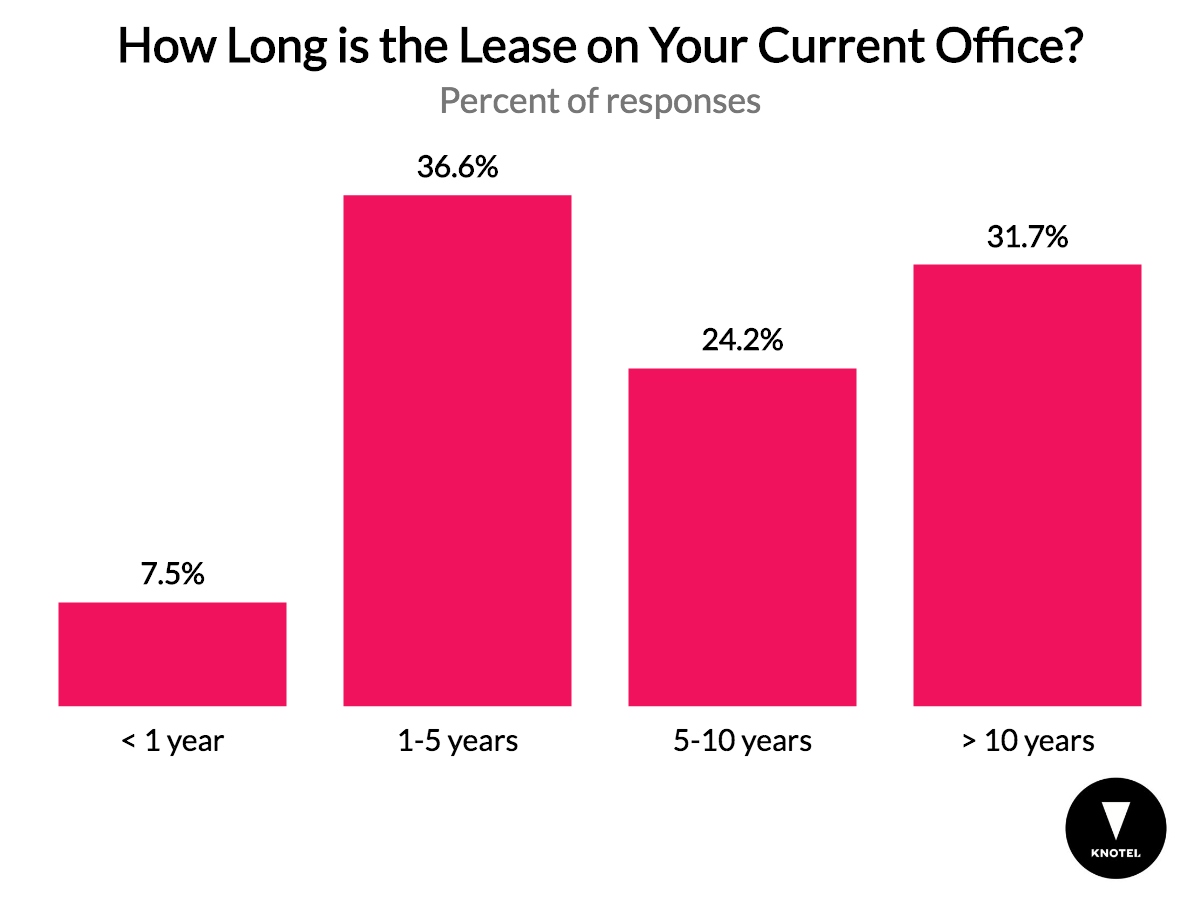 31.7% of respondents have leases of 10 years or more. Nearly all companies have a lease of greater than one year, with most having leases greater than five years. Given that company growth is the most common reason for initiating an office move, long-term leases of a fixed space can be extremely problematic.

When companies do move, price isn’t the primary motivator; location is. 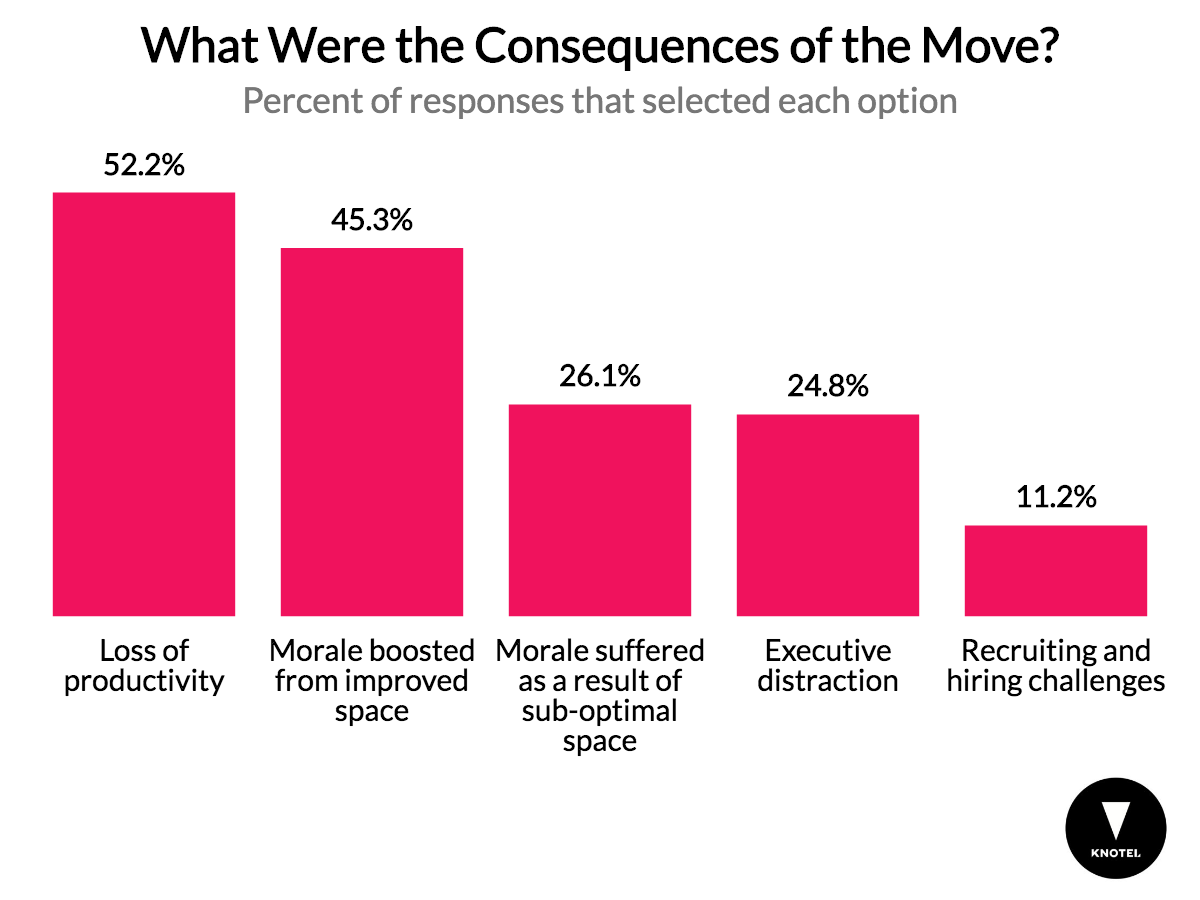 Notable, the number one consequence isn’t positive—52.2% of respondents said the move resulted in the loss of productivity. Additionally 24.8% reported executive distraction because of the move.

It isn’t all bad news; 45.3% of respondents said the company experienced a morale boost from an improved space. However, highlighting the importance of proper office design and selection, 26.1% had the exact opposite result—morale suffered because the space was suboptimal.

Moving office can provide space for a growth team and boost morale because of the new pleasing environment, but it’s also time consuming and distracting. 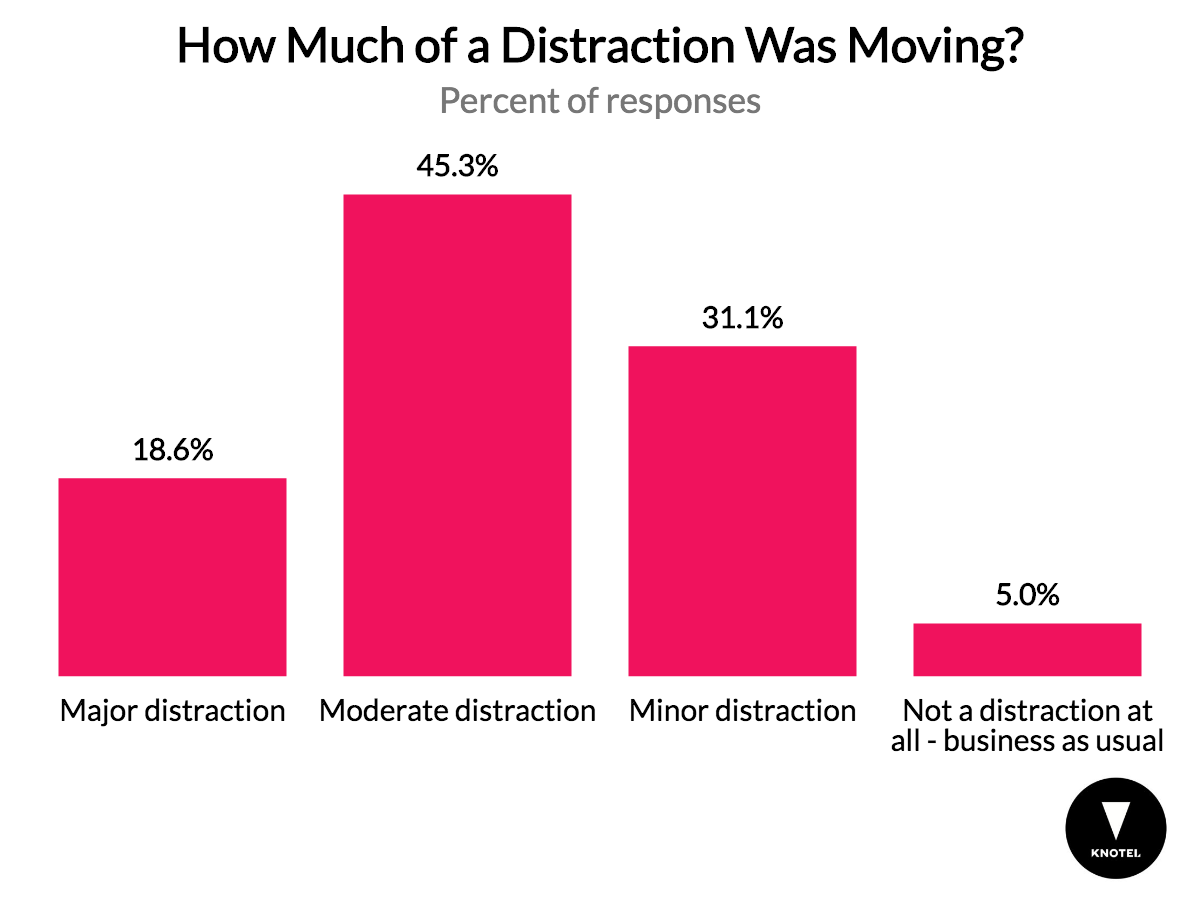 63.9% of respondents claimed that the move was either a major or moderate distraction. All but 5% of people stated moving offices produced at least some distraction.

Getting a new office space can be one of the most exhilarating times in a company’s history. It’s not just a place to work, but can also have tangible impacts on employee morale.

In this survey we found that the most common reason companies move offices is because of their growth. Companies that move for “growth” reasons versus “non-growth” tend to be relatively less concerned with price and more about amenities and flexibility of the lease. And as with most things in real estate “location location location” is key for everyone.

The downside of a new office is that the process can be enormously distracting and time consuming. Most companies report moderate to major distraction as well as a loss of productivity during the move. But when executed property, a new move has the opportunity to boost morale and provide a great environment for a growing company.