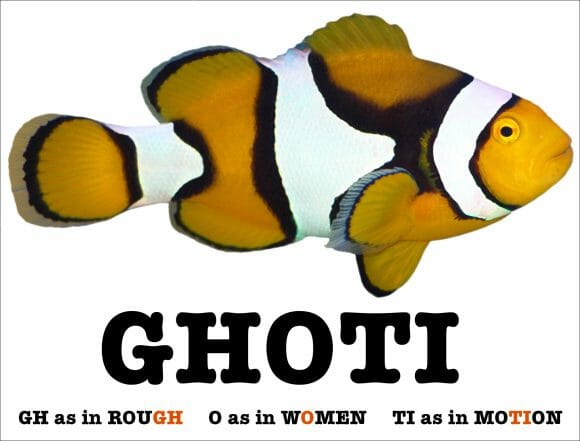 On Thursday, Arvind Mahankali, a 13 year old from Queens, New York, won the annual, hypercompetitive Scripps National Spelling Bee. He triumphed by spelling the word “knaidel,” which means “a small mass of leavened dough,” by intuiting that there is a silent ‘k,’ that the ‘a’ sound is spelled ‘ai’ and not ‘ay’ or any number of possibilities, and that there is no silent ‘e’ at the end.

His victory set off an annual media craze, one that happens only in America. Spelling bees take place in Britain, and spelling bees (in English) take place on a small scale around the world, but no other language really has spelling bees. Why? English, since it is a Frankenstein language derived from Latin, Greek, Germanic, and other roots, is the only language crazy and unpredictable enough for spelling bees to be both hard and fun.

Most of the world’s languages, like Arabic and Spanish, are phonetic. Words’ spelling accurately reflects the way they sound. There are no silent letters or rules that have to be memorized with a mnemonic (a word whose spelling I just mixed up with pneumonic). Americans learning Spanish frequently proclaim that the French language’s many prononciation and spelling exceptions are bizarre, but it is English that drives people crazy when they learn it.

This brings us to the favorite cocktail party conversation of every American and Brit teaching English as a second language: “Ghoti.” A word invented to illustrate English’s non-phonetic nature, the teachers write out the word and then ask their friends how to say it. After a minute of baffled silence, they exclaim, “Fish!” If you think of the ‘gh’ as making an ‘f’ sound as in the word tough, the ‘o’ making an ‘i’ sound as in women, and the ‘ti’ making a ‘sh’ sound as in nation, then ghoti can be pronounced phonetically as fish.

When our English teachers told us in elementary school to “sound it out” as we first started reading, they actually gave us advice that applies to most every langauge but our own.