Why Golfers Buy Hole In One Insurance 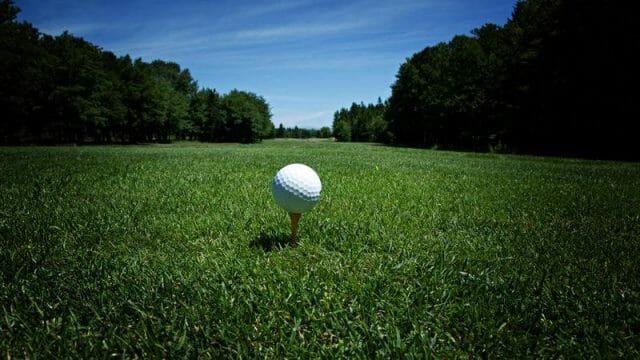 The goal of insurance is usually to protect us from life’s least happy circumstances: the loss of a family’s primary breadwinner, the theft of one’s car, the onset of an illness requiring expensive treatment. We buy insurance to protect us from misfortune and the times when lady luck lets us down.

The concept of hole in one insurance may baffle the uninitiated, but to many it is a wise precaution as golf tradition holds that anyone who scores a hole in one should buy drinks back at the clubhouse for his playing group — if not everyone present. In Japan, many give extravagant gifts to friends and family after scoring a lucky ace.

In our research, we failed to dig up a definitive account of how the tradition became so entrenched. It likely came out of exuberant golfers buying rounds of drinks for friends and even strangers. Perhaps it was influenced by the idea behind many traditions of someone who experiences a great success humbling him or herself. (In judo, for example, anyone promoted to a higher belt is celebrated by being thrown onto his or her back by everyone else in the room). Clubhouses also likely promoted the tradition as a way to drive up bar tabs, while some speculate that golf courses, which often put up a plaque for holes in one, may have formalized the tradition to discourage golfers from making false claims.

However it happened, the tradition has turned a hole in one into something that is equally celebrated and insured against like a calamity — or at least a micro-calamity. After spending $650 buying the entire clubhouse champagne at England’s South Winchester Golf Club following a hole in one, Paul Neilson told Bloomberg, “I couldn’t afford to go through all that again. I used to have a policy but never got around to renewing it.” Among the stories from Japan, the same article quotes Eiji Yoneda, who was one of 200 people invited on a dinner cruise by someone celebrating a hole in one.

A number of firms offer hole in one insurance, frequently bundled with other services that golfers commonly buy like insurance for golfing equipment or personal liability. (Apparently yelling “Fore!” can’t ward off lawsuits if you hit a ball right at someone.) Golfplan, a U.K. insurer, covers $340 to $510 worth of drinks for hole in one celebrations. (Clubs’ set of rules for validating a hole in one makes it easier to process claims.) When it is sold unbundled, hole in one insurance can be cheap; Tokio Marine & Nichido Fire Insurance Co. Ltd offers Japanese golfers hole in one insurance for as little as a $3 premium. Outside of individual policies, golf tournaments also get hole in one insurance so that they can offer huge cash prizes for a hole in one as a marketing promotion — it’s the same type of “prize indemnity” insurance that covers teams when a fan sinks a half court shot or makes a field goal.

In the United States, where the custom is less firmly established, golf forums are filled with debate about what tradition demands. Some clubs have written the tradition into their rules. The New York Times notes that the membership dues at one San Francisco club include covering $250 worth of drinks to celebrate any hole in one, while a similar system at a club in Bremerton, Washington, gives pro shop and food and beverage credit to the lucky golfer — it’s up to him or her to share. Where clubs don’t have set rules, many people suggest only buying drinks for friends and playing partners rather than the entire clubhouse.

Other golfers admit to fearing the wrath of a spouse if they treat the clubhouse, and therefore having agreed with golfing buddies to slip away quietly without telling the clubhouse if anyone scores a hole in one. It’s a rather sad result of the tradition — instead of celebrating a hole in one like the once in a lifetime accomplishment that it is (the odds of getting a hole in one, very roughly, are 12,500 to 1 for an amateur and 7,500 to 1 for a professional), it pushes golfers to slink away like they crashed a golf cart in a sand trap.

In the great American tradition of ignoring tradition, a number of other golfers have decided to ignore the debate entirely (several golfers say they’ll ignore this tradition as it originated when only “the upper classes” played golf) or to put the focus back on the lucky golfer. “If I ever hit an ace I’m going to flip the script on everyone else,” says one golfer. “They should all be buying ME drinks… not the other way around!”

If you liked this blog post, you’ll love our book → Everything Is Bullshit.