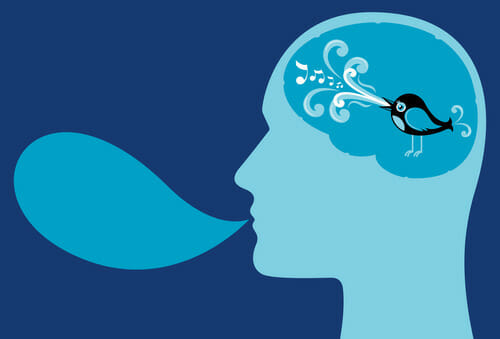 Facebook sends a lot more traffic to the Priceonomics Blog than Twitter does. Yet whenever we hit “publish” on a post, we immediately check Twitter to see how the article is doing. Why? Because Twitter makes it easy to see if people are sharing your articles and Facebook makes it impossible.

Seeing someone share your blog post is like a tiny shot of dopamine for an author. That’s basically the immediate payoff from publishing something. Twitter gives you that dopamine readily. Facebook makes it impossible to see how your article is being shared.

So, even though Facebook is a huge source of traffic compared to Twitter, we suspect that most online authors, like us, spend more time glued to Twitter. Is anyone sharing our article? Do people like us? Do people hate us? Will we be invited to prom? Only Twitter holds the answer.

Here’s an example of a recent blog post we published about the band Phish. The post had approximately 79 thousand views, most of them in the first two days.

This resulted in 39,000 thousand visits from Facebook compared to only 2,000 from Twitter. Also note, most of the traffic from Hacker News shows up as direct for some reason in our Google Analytics. 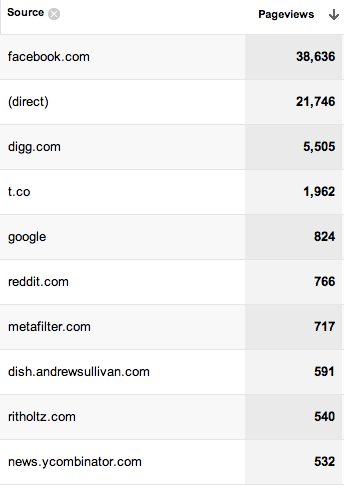 So, based on the traffic alone, you’d think Facebook is 20 times more important than Twitter for an online publisher, right? You’d spend all your time analyzing who’s sharing it on Facebook, what people are saying, and the exact mechanism by which it’s going viral. But you can’t.

Here’s what happens when you try doing a search for Priceonomics on Facebook in their new open graph search. There is no way to find the articles by Priceonomics that Pages and people are publically sharing (and if there is a way, someone let us know because it’s not easy to find). 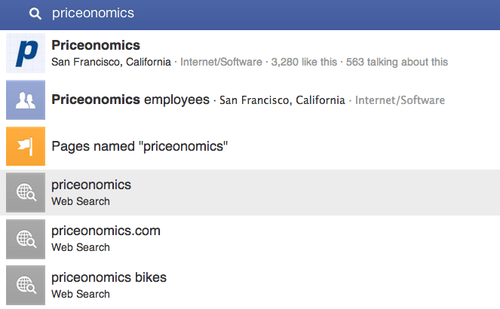 Try refining the search a bit to find our article about Phish and Facebook suggests you do a Bing web search! If that’s not a slap in the face, what is?

On the other hand, go to Twitter and search for “priceonomics phish” and it’s actually useful from a publisher’s standpoint. You can see who’s sharing it and what people are saying about it. As an author, your reason for existence is vindicated! 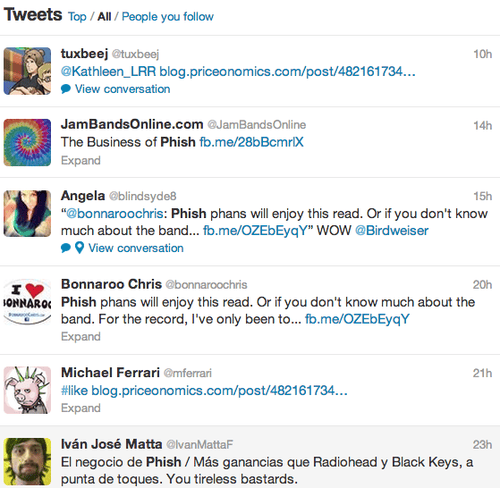 We’d imagine that when writers at TechCrunch, Wired, or the New York Times publish something, they immediately monitor it on Twitter rather than Facebook, even though Twitter is a smaller source of traffic. That probably gives Twitter mindshare with publishers and the media far in excess of its actual ability to deliver traffic.

A lot of Facebook sharing is private by default. But clearly Facebook has aspirations to take on Twitter in the public sharing arena. If they do, they may want to make it dead simple for publishers to see how people publicly are sharing content on Facebook. Till then, it’s not surprising that all the public conversations about ideas and events take place on Twitter, not Facebook.

Twitter gives publishers a rush of happiness, and Facebook gives them a Bing search. What did you think would happen?