Which Advertising Channels Have the Highest Conversion Rates? 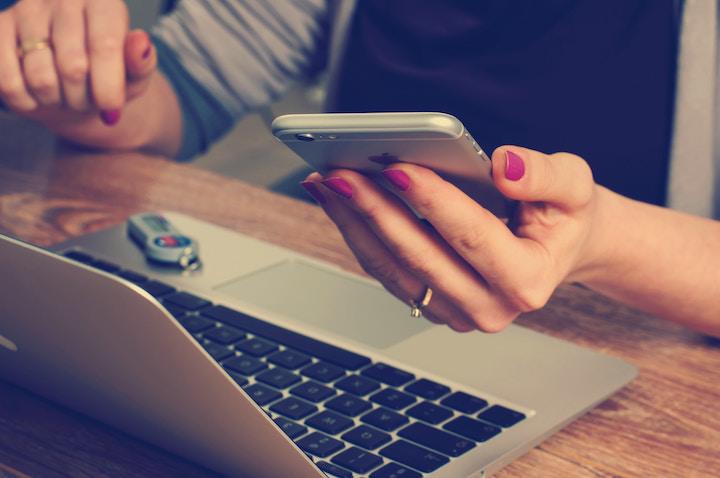 Trying to figure out exactly where all your traffic is coming from, and which source of traffic is most likely to actually purchase something, is extremely valuable information. Companies spend billions of dollars on advertising but does that spend convert into sales or at least visits?

We analyzed data from Priceonomics customer Heap, an analytics company, and looked anonymized data on which advertising campaigns were most effective at driving customer acquisition. We examined advertising spending on the major tech platforms like Google, Facebook, Youtube, Snapchat, Bing, Pinterest, and Twitter across a diverse set of ecommerce businesses and five million anonymized visits.

Would social media websites drive more traffic than search engines? Which websites have a higher conversion rate from visitor to customer? Does the average shopping cart size affect the conversion rate?

Ultimately, we found that search engines like Google and Bing had the highest customer conversion rates, at around 8%, a conversion rate over 1.5 times higher than Facebook’s.

We started our analysis by investigating what websites had the highest conversion rates. To do this, we looked at the average percentage of visitors to a website that ended up purchasing something during their visit. 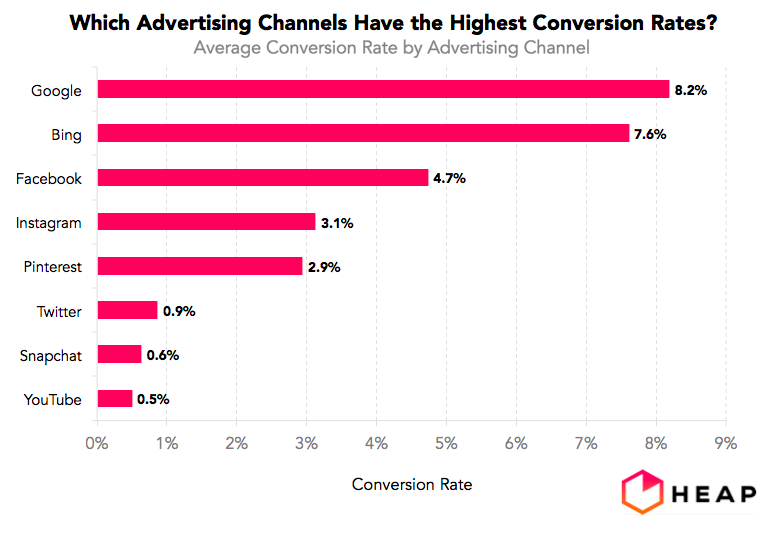 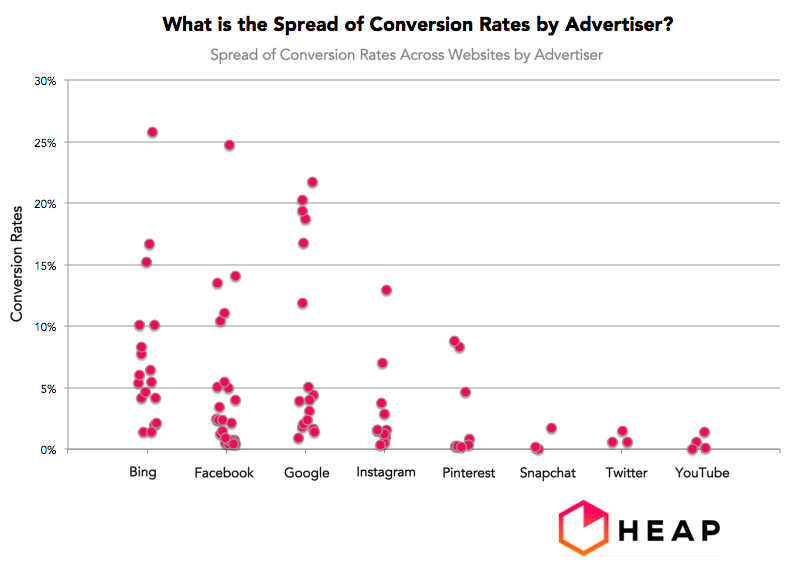 Our last chart shows that the conversion rate varies quite a bit within each advertising source. While Google had the highest conversion rate on average (8.2%), looking at the spread of scores we can see that both Bing (average 7.6%) and Facebook (average 4.7%) outperform Google for some websites. However, the overall trends, with Facebook, Google, and Bing vying for the top three places, hold when we look at the spread of scores. Generally, these three sources will drive higher conversion rates. Fewer websites used Snapchat, Twitter, and YouTube, perhaps because it is hard to monetize these sources.

For our last set of analyses, we wanted to see how the conversion rate data compared to overall traffic trends. Google and Bing have been at the top for conversion rates, but do they also drive the most traffic to websites? 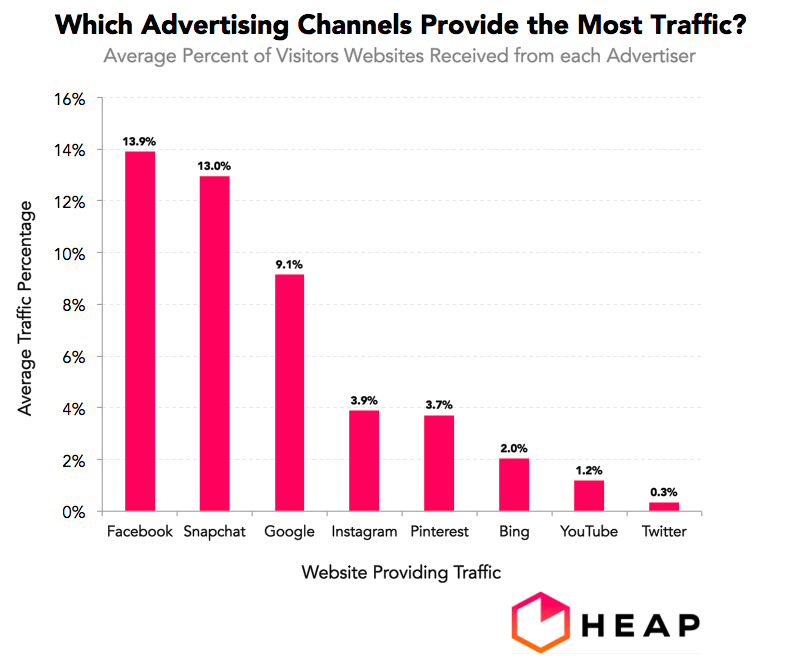 Facebook and Snapchat drive the most traffic to websites.

It will be interesting to see how Facebook’s revamp of users news feeds affects traffic and conversion rates. Will the result be less traffic from Facebook, compounding the lower conversion rate?

Using over five million website visits tracked in this analysis, we were able to look at what advertising sources drive the most traffic and have the highest conversion rates.