Your “Thoughtful” Gifts Are Suboptimal 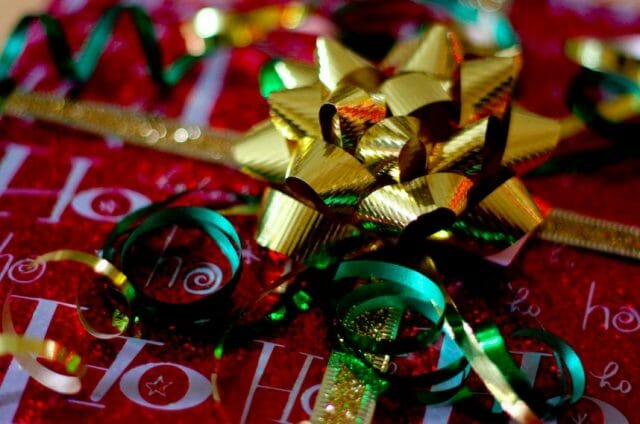 “Gift giving is the purest expression of friendship. I’m going to think about what I know and like about you, and that will lead me to the perfect gift. And you do the same.”

Gift giving 101 states that a great gift matches the distinctive qualities of the recipient. The thought put into finding the perfect, individuated gift is as important as the actual value of the present. (We assume this is how the ruthless capitalists who married religious traditions with binge shopping managed to market holiday gift giving as warm and fuzzy.) You don’t get your friend a Starbucks gift card because they go to Starbucks every day. You aim for the standard set by Jack Donaghy in the show 30 Rock, who gets Tina Fey’s character “a program from her performance of The Crucible framed in wood from her high school stage.”

Under the warm influence of a glass of eggnog, it may seem that every gift must validate our friends and families as unique snowflakes. But the cold logic of social scientists suggests that this leads to “suboptimal” gift giving.

An article in the Journal of Consumer Research, “Overindividuation in Gift Giving,” hypothesizes that our desire to give unique gifts leads us to purchase presents that people will not enjoy as much, especially when we shop for multiple people at the same time. The authors give the example of buying a magazine subscription for two sports fans. In isolation, we’d get each a sports magazine. But when ordering both at the same time, we may get one a technology magazine based on his small interest in tech, even though he’d really prefer the sports magazine. After all, how can we be following the unique gifts maxim if we get multiple people the same gift?

The researchers test out their idea in a number of experiments with university students and participants recruited from Amazon’s Mechanical Turk service.

An experiment in a real world context allowed university students to pick out gift cards for either one or two friends. Those choosing a gift card for just one friend chose an Amazon gift card — previously rated as the most desirable offered by the researchers. The experiment stipulated that participants choosing gifts for two friends must give one to a friend who attended the university and one to a friend who who did not. Consistent with the idea that people feel they should pick gifts unique to each person, they chose the Amazon card for the far-away friend, but a gift card to the campus bookstore for their fellow student.

Priceonomics readers who pride themselves on giving thoughtful gifts may retort that — outside the confines of an experiment — recipients’ sense of validation at receiving a personalized gift will be greater than the pleasure of receiving the gift they would enjoy most overall.

That may be. The problem is that previous (and very unsentimental) research cited in the paper has found that gift givers consistently overestimate how much recipients will appreciate the amount of time, thought, or money put into a gift. It’s a finding from experimental conditions and in the aggregate, but it could be more true than we care to admit.

This author recently participated in a White Elephant gift exchange, in which a large group contributed (inexpensive) gifts to a common pool. People then drew numbers and chose and unwrapped a gift in that order, but with the opportunity to steal a previously chosen gift from someone else. Despite all the zany presents and items that appealed to inside jokes within the group, the most sought after item was… a Starbucks gift card.

Priceonomics does not advise buying generic gifts for all your closest friends and family. But this lesson might be worth keeping in mind as you sweat over finding the perfect last minute Christmas gift.