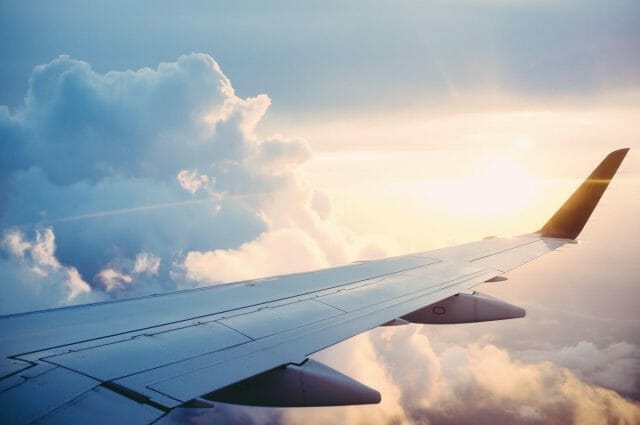 There is an airline that does not frown on its customers trying to join the mile high club. In fact, it offers private flights for the express purpose of allowing passengers to have sex in the air.

That airline is Flamingo Air, and it is located in—of all places—Cincinnati, Ohio.

As you might expect, the decision to start advertising the chance to join the mile high club began with a bet. President and CEO David MacDonald, who introduces himself as “MacDonald: like ‘Old MacDonald had a farm,’” had owned a large security firm. He sold the company to “go play with airplanes,” and as he explains over a phone call, you’re not in the aviation business very long before the topic of romance comes up. As he sat with a group of buddies discussing the mile high club, his entrepreneurial instincts kicked in.

“I could sell that!” he told the group. As they all lived on the edge of the Bible Belt in Ohio, his friends protested that the area was too conservative. But MacDonald would not be talked down.

That was 20 years ago, and MacDonald and Flamingo Air have now helped thousands of couples in straightlaced Ohio join the mile high club. Far from succeeding in spite of the location, MacDonald believes the reason why he has operated “romantic flights” all these years, while other mile high club airlines have come and gone, is that he marketed them with a very Ohioan sensibility.

There’s nothing too complicated about running a mile high club airline. For $495, a couple gets a private, hour-long flight. A Flamingo Air pilot sits up front wearing headphones (“He’s busy flying the plane,” MacDonald assures us), while the couple enjoys the back of the plane, where the center row of seats has been removed and replaced with a pile of cushions.

Flamingo Air operates an average of three romantic flights per week, which makes it a small piece of MacDonald’s business. Flamingo Air originally offered regional charter service, but when those flights became uneconomical, MacDonald switched to offering sightseeing tours and romantic flights. Flamingo Air now also has a flight school and trains aircraft dispatchers and professional drone operators. MacDonald can sound like an ordinary, if unusually cheery, aviation CEO, talking about the potential of drones to deliver cargo and explaining that aircraft dispatchers are the people who plan the details of commercial flights. Business seems good.

But romantic flights are what David MacDonald is known for, and they’re a hell of a marketing opportunity. When MacDonald talks about Flamingo Air, he does so with the cadence of someone who has told his story to friends and reporters countless times. “This lends itself so well to publicity,” MacDonald tells us, beaming through the phone. “We were even on Letterman!”

Priceonomics first reported on MacDonald and Flamingo Air in 2013, when Flamingo Air was the only airline in the United States (and one of the only in the world) to offer a chance to join the mile high club. (At least with permission.) Many airlines had tried and failed.

In MacDonald’s opinion, the reason the others failed was that “they all tried to sell sex, not the sizzle. They all came at it from the mile high club angle, and it didn’t work. You’ve gotta think romance, not sex.”

This is the surprising secret of mile high club airlines: it has to be marketed as a romantic adventure, not a sultry fantasy. Flamingo Air does not use the term “mile high club” on its website. It describes its flights as “romantic flights” or “flights of fancy.” Challenging our expectation that men would clamor for this, MacDonald says that it is almost always women who calls to book a flight, and they “take it very seriously, and they’re all about the romance.”

Every flight of fancy includes chocolates and champagne. On Valentine’s Day, demand skyrockets. Flamingo Air has done several weddings in the air (“They weren’t consummated,” MacDonald adds hurriedly. “The priest was in the airplane!”) and 60th anniversaries (“Yes they did, to answer your question!”).

Whether it’s because Flamingo is located in Cincinnati, or because we overestimate the “sex sells” mantra, MacDonald has found that the key to selling an experience associated with slipping into a tiny lavatory has been to make it classy. Sure, he and the other pilots take a high heel to the back of the head now and again. But their customers “show up and you think they came from the Young Republicans Club,” MacDonald says. “Very straightlaced.” 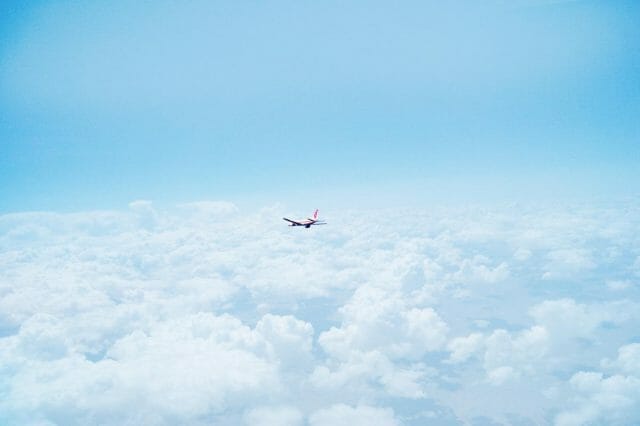 Today, in 2016, Flamingo Air has a competitor: Love Cloud in Las Vegas also offers the chance to enter the mile high club.

Unlike MacDonald, Love Cloud founder Andy Johnson calls a spade a spade. He uses the term “mile high club” on his website, and his slogan is “What happens over Vegas, stays in Vegas.”

This is the mile high club airline one would imagine: located in Vegas, and attracting customers from Europe, China, Australia, and all over Europe. And yet, much of Johnson’s experience has mirrored MacDonald’s, teaching him to prioritize romance.

Over the phone, Johnson explains that he expected lots of wealthy men to show up with escorts. But that didn’t happen. Instead, like MacDonald, he got “real couples looking to make an experience they’ve talked about and joked about.” Johnson says that it’s usually women who call to book a flight, and that his customers are not red-blooded twentysomethings but middle aged and elderly couples. He’s done 25th, 30th, and even 50th wedding anniversaries.

According to Johnson, “What they all say is: ‘We’ll never forget this.’ It’s a bucket list item.”

Both Johnson and MacDonald have also been surprised to have couples who don’t join the club. One husband and wife who paid for a Flamingo Air flight arrived with a large picnic basket and asked the crew if they could remove the cushions from the back of the plane. “This couple had eight children and just wanted an hour alone without the kids!” MacDonald recalls with a chuckle. “So we took off and they had a nice, quiet time. They were as happy as you could be.”

A mile high club airline is the kind of thing that makes you say “only in Vegas.” Except it’s also in Ohio.

Our next article explores why some athletes say they use cannabis for athletic purposes. To get notified when we post it  →  join our email list.

An earlier version of this article was published on August 14, 2013.