Who is the Villain in this Disruption Story? 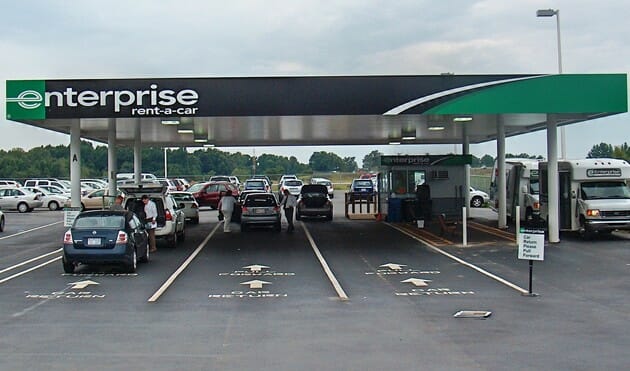 In entrepreneur fairy tales, intrepid founders disrupt a sluggish industry to the delight of its customers. To protect themselves, the incumbent companies wield their monopolistic control over the marketplace – or government regulation excludes the disrupters for them.

Most recently we’ve seen this story play out for startups in the “sharing economy.” Airbnb, which disrupts the hotel industry by allowing anyone to rent out a spare bedroom, has run afoul of regulation meant to prevent the operation of unlicensed hotels – unfairly in the eyes of its defenders. Services like Lyft, which allow anyone with a car to work as a cabbie, have faced accusations of breaking taxi regulations – regulations we found so protective of a villainous industry that we wrote an article entitled The Tyranny of the Taxi Medallions.

This week, Forbes reports that “Airports are the next big battleground in the sharing economy” as the startup FlightCar, which competes with the car rental industry at airports, faces a legal challenge. Forbes describes the company:

When car owners leave their car at the airport with FlightCar and catch a flight, the company rents it to another person who is arriving at the airport. Instead of paying for parking while the car sits idle, the car owner gets paid from the traveler who rents the car (the owner gets about $10 to $20 per day; FlightCar takes a cut). The car owner gets $1 million in insurance coverage in case of damages and a free car wash before returning to claim the car.

The city and county of San Francisco has sued FlightCar for running a rental car company without certification from the airport. This seems like yet another case of a peer to peer company being targeted by regulations meant for an older generation of companies. Here the analogy breaks down, however, as what the city really wants is the same sweet deal it gets from rental car companies: 10% of revenues and $20 per rental car.

When we learned this, and about the fees charged by airports in general, we went in search of a villain. Who is taking advantage of their control over the airport to demand an incredible 10% of rental companies revenues? But despite this seemingly extortionary demand, there doesn’t seem to be an anti-innovation villain behind it.

If the men and women leading these transportation agencies are getting rich off these fees, they do an excellent job hiding it. The board members of the San Francisco Airport Commission, for example, who are appointed by the mayor to 4 year terms, earn a $100 honorarium every month.

The truth is a relatively boring story of decently run public agencies. In order for airports to operate without taxpayer funding, they are empowered to issue tax free bonds to finance investments in infrastructure and collect revenue to cover expenses. Airlines fees make up the brunt of airports’ revenues, but so too does parking and the fees paid by restaurants, rental car companies and shops. The chart below represents the source of revenues at San Francisco Airport. Concessions, parking, and ground transportation account for 24% of revenue. 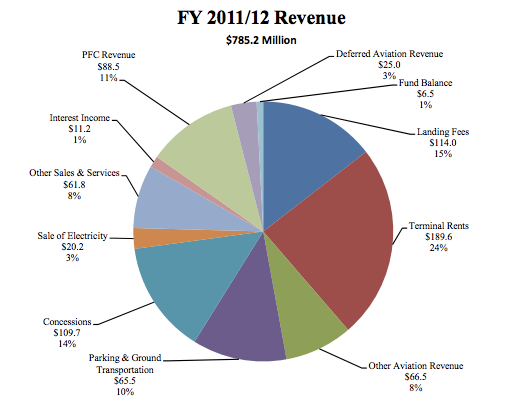 This is why everything from a train ride to trail mix is more expensive at the airport. It’s partly due to the fact that passengers have few alternatives, but it’s mainly because the airports demand high fees that are in turn passed onto customers. It effectively levies taxes to pay for the airport on airline passengers in lieu of all taxpayers.

So what does this mean for FlightCar? Its founders argue that it is different from a rental car company. It neither owns a fleet of cars nor receives any free advertising from branded cars or buses driving through the airport.

Those are fair points. At the same time, the fees rental companies pay seem derived from the principle of subsidizing the airport rather than paying for the benefit they derive. FlightCar operates off-site, but rental companies who shuttle passengers off airport grounds still pay fees.

Regardless, if FlightCar does succeed in disrupting the rental business at airports, then the money that airports once derived from rental companies will need to be replaced. Nationwide, car rental fees account for about 14% of airports’ revenues – a figure that is higher in small airports with less retail and ground transportation options. SFO took in $94 million from car rentals in the last fiscal year.

That is not necessarily an argument for FlightCar to pay big fees. The startup’s concept is the exact type of innovation we like to see – a clever way to extract value from cars that would otherwise sit uselessly in central parking. Rather than burden its development, it seems reasonable for parking fees to pick up some slack, given that they cost the airport valuable space, or for airlines to do so, given that they are the chief beneficiaries of airport infrastructure. Either way, though, the disruption of rental companies would mean a $90 million hole that SFO will need to plug.

Unlike the story of ride sharing apps and the taxi industry, this story doesn’t seem to have an easy villain. Airports are less fearing change than trying to maintain the funding system that places the costs of their operation on airline passengers rather than all taxpayers. FlightCar offers a neat service, and cheerleaders of innovation can still root for it. They should just know that they are most likely also rooting for plane tickets to become more expensive as the fees currently paid by rental companies and its customers are passed onto someone else.